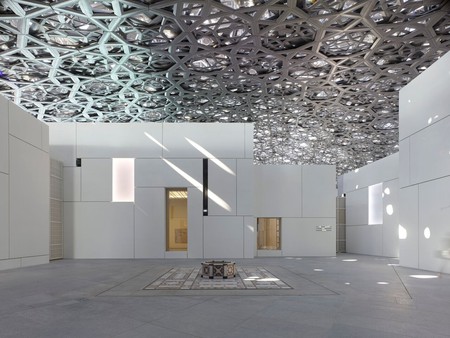 With its grand opening on November 11th and a week-long celebration to follow, the Louvre Abu Dhabi is the result of a spectacular collaboration between the UAE and France to create the first museum of its kind in the entire Arab world. Located on Saadiyat Island and showcasing 600 artworks, from both the rich heritage of the UAE as well as from 13 partner museums in France, the Louvre Abu Dhabi takes its visitors on a journey through the history of humankind. From prehistory to the present day, this museum will display the most vibrant and thought-provoking pieces of art that remind us all of our shared heritage and culture of human expression. 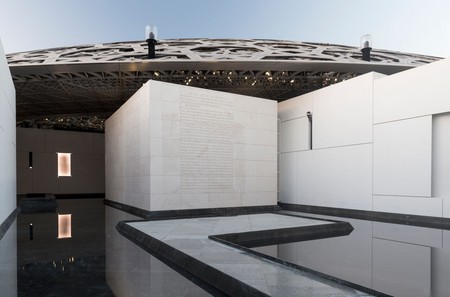 This architectural masterpiece was built by French architect Jean Nouvel, who worked to incorporate the culture and history of the UAE into the very infrastructure of the building. The museum therefore is designed like a medina, or city, where visitors can walk beneath its massive dome, overlooking the nearby sea. The dome itself is layered with 7,850 individual metal stars that form seamlessly into a flowing geometric shape; and when the sunlight filters through it recreates a “rain of light”, similar to that of the native palm tree shade in the UAE. 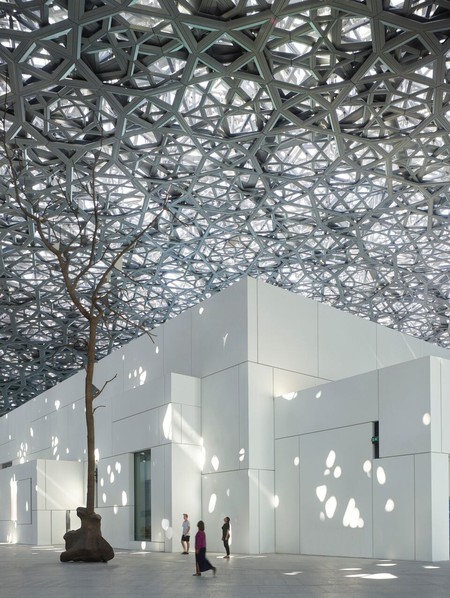 While enjoying the design of the building itself, visitors can also bask in the wide variety of ancient and modern artwork and cultural heritage artifacts. The Louvre Abu Dhabi is now home to such pieces as a Grecian sphinx from the 6th century BC, a Standing Bodhisattva from the 2nd century, a collection of ancient Bibles and literary manuscripts, and a large selection of the groundbreaking contemporary works of Ai Weiwei, and that’s just for starters. During the opening of the museum, it will also showcase a number of masterpieces from such artists as Leonardo DaVinci and Vincent Van Gogh, borrowed from the museum’s French partners to emphasize the partnership between the UAE and France that helped make this museum happen. With numerous special events during its opening week, in addition to the permanent collection of masterpieces, the Louvre Abu Dhabi is a sparkling reminder of the greatness of humanity, artwork, and creativity, not only in the Arab region but in the entire world. 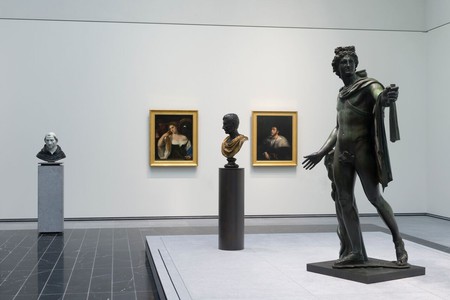