Inside the Development of the Louvre Abu Dhabi 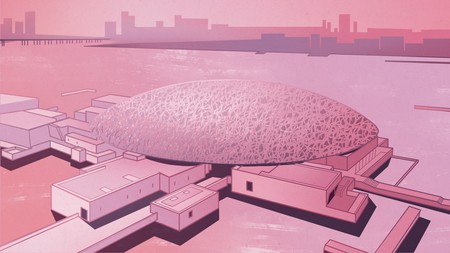 Opened to the public in 2017, the Louvre Abu Dhabi is already synonymous with the Emirati capital. Abu Dhabi expert Melinda Healy explores the record-breaking development of one of the world’s most ambitious institutions.

A Louvre museum in the desert was the goal. The plan: to transform Abu Dhabi from a business-driven city, reliant on oil production, into the cultural epicentre of the Middle East.

This was the motivation of the Abu Dhabi Government when it welcomed a high-powered French delegation to the UAE in 2006 to discuss a joint venture that would eventually see the emirate join the elite Louvre family.

Led by French culture minister Renaud Donnedieu de Vabres, the delegation of high-level national museum representatives reached an agreement a year later in 2007, and French architect Jean Nouvel was nominated as the architect in charge of the project. A decade later, in 2017, the £21 billion cultural precinct on Saadiyat Island opened its doors to the public. 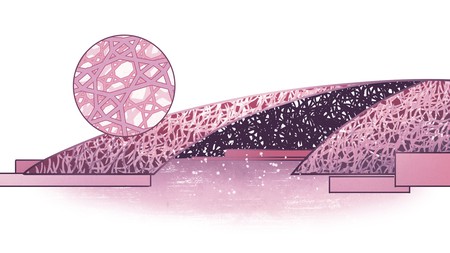 The partnership with the French Government

Abu Dhabi reportedly paid France US$525 million (£402 million) to acquire the rights to the Louvre name for 30 years. In addition, $747 million (£571 million) was exchanged to cover consultation fees, art loans and special exhibitions.

Over the 10-year period, it was agreed that the Musée du Louvre would rotate between 200 and 300 artworks through the Abu Dhabi museum at regular intervals and, on the sidelines, the Emirati capital would work hard at assembling its own art collection. France benefited culturally too, with the Abu Dhabi Government contributing $32.5 million (£25 million) to refurbish a wing of Musée du Louvre’s Pavillon de Flore – Sheikh Zayed bin Sultan Al Nahyan Centre – and financed the restoration of the Imperial Theatre at France’s Château de Fontainebleau palace.

According to the Louvre Abu Dhabi director, Manuel Rabate, “The partnership gives us the ability to show exceptional art and artefacts from around the world on a scale never before seen in the region.”

The architectural layout and design

The UAE capital’s newest cultural calling card – the only other Louvre museum outside of France – was always going to be an architectural wonder.

Inspired by the Arabic cupola, a design element often used in Middle Eastern architecture, Nouvel’s dome-shaped structure measures 180 metres (590 feet) in diameter, and features eight layers and 7,850 geometric stars that provide a “Rain of Light” effect, bathing the 24,000-square-metre (258,000-square-foot) space and its 23 galleries in natural light. In order to create the appearance of a floating museum, the structure had to be flooded with water from the surrounding sea – no easy task, but a magnificent sight once completed.

From concept to construction

The Pritzker Prize-winning architect wanted the museum to be a welcoming meeting place that would “translate and define the local culture,” and it was also intended to act as a shield from the elements by creating a microclimate and reducing the temperature inside by five degrees.

Nouvel and his team worked for a year in close collaboration with international consultancy firm BuroHappold Engineering to develop the design. Exhaustive digital modelling was carried out to ensure that the landmark museum would have the “Rain of Light” effect.

Once the design was finalised, the job of bringing it to life began on the site between the city centre and Yas Island in 2009. The foundations were laid first, and then thousands of tonnes of concrete and aluminium, stone, steel and glass were fabricated over a 10-year period.

As many as 4,680 panels of ultra-high performance, fibre-reinforced concrete were used to dress the museum’s walls, all fitted in a precise order. Every building, doorway, window and angle has a different dimension to create the impression of a building hand-crafted over time.

Vienna-based company Waagner Biro formed the dome in 85 “super-size” components, each one different from the other. Once assembly was complete, the entire dome was lifted vertically to sit on its permanent bearings.

The positioning of the dome in December 2014 was one of the biggest jobs, as was the flooding of the space around it in 2015.

Final considerations were related to security, an important one given the valuable contents. While the exact logistics have not been made public, what we do know is that art is brought into the museum via a series of tunnels.

The museum champions the world’s cultural achievements, from prehistory to the modern day, by telling the story of humanity in 12 distinct chapters.

There are 600 works in the permanent collection, spanning from prehistoric artefacts to contemporary artworks, 300 of them on loan from France.

There are four temporary exhibitions a year, along with a focus on French art by artists like Paul Gauguin, Claude Monet and Henri Matisse, alongside broader cultural works like a 4,000-year-old statue of a Bactrian princess, a crystal chandelier installation by Chinese contemporary artist Ai Weiwei, and a gold bracelet embellished with lions’ heads made in Iranian Azerbaijan in the 8th and 7th centuries BC.

Perhaps most telling of all is the display of four rare religious texts (a Torah, a Bible, a Quran and a Buddhist scroll) presented side by side, the grouping of which reflects “humanity in a new light” – the premise of the complex.

“The aim is to create a universal perspective on things, not from a Western or an Eastern perspective, but from Abu Dhabi’s position as a crossroads,” Jean-François Charnier, the scientific director of the body charged with establishing the Louvre Abu Dhabi and its collections alongside Abu Dhabi’s Tourism and Culture Authority (TCA), Agence France-Muséums, told The National. 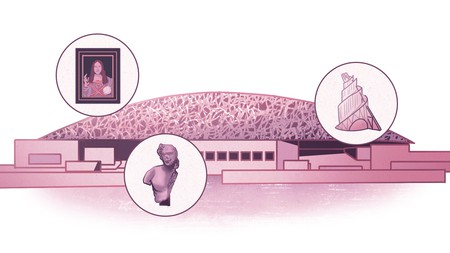 To Sultan Sooud al-Qassemi, an Emirati art enthusiast and avid collector, the capital’s most recognisable tourist attraction is “probably the greatest museum in the world,” and certainly a key factor in Abu Dhabi’s evolution from an oil-rich nation state into a developing cultural capital of the world.

Louvre Abu Dhabi director Rabate echoes this sentiment: “We are playing a leading role in the evolving cultural landscape of Abu Dhabi and the region,” he says, adding that there is a lot of effort being put into raising a new generation of Emirati museum professionals and a museum-going audience.

The future of the Louvre Abu Dhabi

With the Louvre welcoming a million-plus visitors in its first year – 60 percent of them overseas tourists – the future is looking bright for this star of the Arab art world.

In the years to come, the site will welcome some additional big-name institutions like the Guggenheim and Zayed National Museum (a memorial to the founding father, Sheikh Zayed bin Sultan Al Nahyan), making it even more attractive.

And then, of course, there’s the world’s most expensive artwork, Leonardo da Vinci’s Salvator Mundi – a portrait-style painting of Christ – that the Abu Dhabi Government acquired for a record price at a Christie’s auction in New York. When the piece eventually goes on display in the Abu Dhabi museum, it will join an elite group of half a dozen art institutions globally that have two da Vincis on show.

With so many visitors making their way through the doors in its first year, Louvre Abu Dhabi has successfully asserted itself as a global art institution in a short amount of time, but the ongoing success of this floating museum will be determined when the 30-year agreement with the French government expires and it’s forced to go it alone. Time will tell.