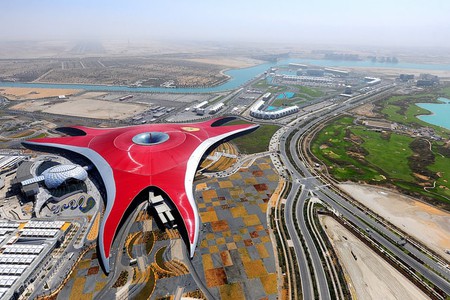 Warner Bros. World Abu Dhabi is the latest addition to the UAE’s thrilling theme parks and will join a host of exciting attractions on Abu Dhabi’s Yas Island, home to Ferrari World, Yas Waterworld and the Yas Marina Circuit. Culture Trip speaks with the team behind the park to bring you an exclusive insight into the park and what it will offer fans.

Warner Bros. World Abu Dhabi will open its doors to adventure enthusiasts on July 25, 2018. With an expected cost of $1 billion, the world’s “largest immersive indoor theme park” will bring to life beloved childhood characters from franchises such as Looney Tunes and DC Comics. The best part? Completely indoors and fully air-conditioned, the theme parks allows visitors to escape the blistering heat and enjoy the park even in the summer months.

According to H.E. Mohamed Khalifa Al Mubarak, Chariman of Miral Asset Management and Abu Dhabi Tourism & Culture Authority, the highly anticipated park is “in its final development stages” and the team “[is working] hard on the final touches that will ensure we give our guests a truly immersive experience that they will never forget.”

What can we expect from Warner Bros. World Abu Dhabi?

While many of the finer details of the park are shrouded in secrecy to maintain an element of surprise, Al Mubarak reveals that the park will feature six immersive lands, from DC’s Metropolis and Gotham City and Cartoon Junction to Bedrock, Dynamite Gulch and Warner Bros. Plaza.

The park will offer 29 state-of-the-art rides, interactive family-friendly attractions and unique live entertainment, in addition to a variety of authentically themed cafes and restaurants. Fans will have the unique opportunity of meeting some of their childhood icons including, but not limited to, Batman, Superman, Wonder Woman, Bugs Bunny, Scooby-Doo, Tom and Jerry and The Flintstones. 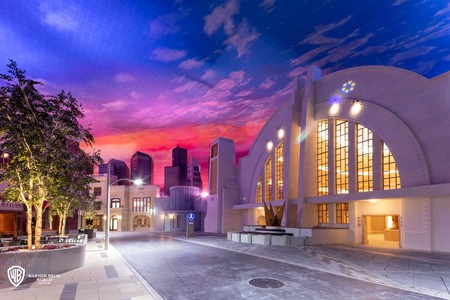 At 1.65 million sq. feet (153,290 sq. m), Warner Bros. World Abu Dhabi will also be one of the world’s largest indoor theme parks. It will combine over 50 of DC Entertainment and Warner Bros. Animation’s most iconic characters under one roof for the first time in the region.

What will this mean for Abu Dhabi?

H.E. Mohammed Khalifa Al Mubarak says Abu Dhabi is a “rapidly growing tourist destination with many cultural, entertainment and leisure offerings” and the new park is a milestone in the country’s drive towards becoming more appealing as an international travel destination. Joining a host of other “world-class experiences, attractions and theme parks” the new park is in line with the city’s goal of sustainable tourism growth and their aim of attracting “48 million visits to Yas Island by 2022” and also hopes to “increase the appeal of Yas Island as a destination for families.”

With its highly immersive environment and unique rides, the theme park will redefine the concept of adventure and thrill-seeking, as well as the way in which theme parks transport visitors to another world. Designed to complement the “premium leisure and entertainment” attractions the island is renowned for, the park will revolutionise the concept of luxury entertainment, setting a precedent for amusement parks around the world. 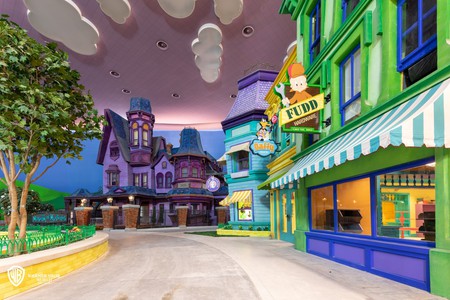