How Dubai Seeks to Become the Happiest Place to Live 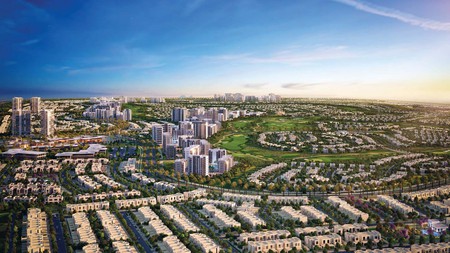 Dubai is striving to become the world’s happiest city by seeking to improve the living experience of residents through public policy. The World Happiness Report was first published in April 2012 on behalf of the UN High-Level Meeting on happiness and well-being. The annual report aims to encourage governments to improve the happiness levels of residents through public policy. A city’s happiness rankings are based on six indicators: freedom, generosity, health, social support, income and honest government. 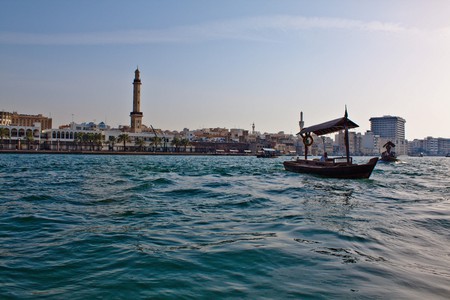 Though Dubai’s government aims to become one of the top ten happiest cities in the world by 2021, the world’s happiest countries are dominantly Western nations: Norway, Finland, Iceland and Switzerland, etc. Furthermore, Dubai is located in a region that is seen to feature gender inequality, poor labour conditions, and instability. This article highlights Dubai’s strategy to compete with the world’s happiest countries while improving the country’s challenges to increase the happiness of its residents.

The Happiness Meter is one of Dubai’s leading strategic ‘smart city’ features to measure the satisfaction of residents. The meter is the world’s first live database which captures citywide measurement of happiness, allowing the government and private sectors participating in the Happiness Meter to compare the ranking of customer experiences by industry sector and geographic areas.

This valuable initiative gauges the positive and negative experiences of residents across the entire city. Feedback provided to the database is anonymous, providing appropriate data without identifying the participants. The Happiness Meter presents the easiest interface for the participant to record one of three cases, satisfied, neutral or dissatisfied. 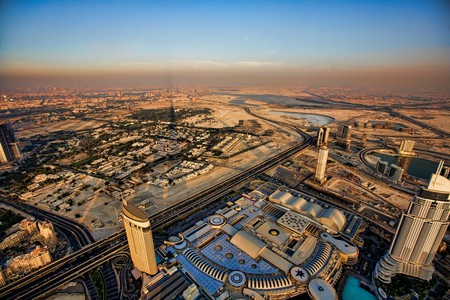 Dubai is increasingly an attractive destination for foreigners due to its investment opportunities and higher salary wages. Aon Hewitt conducted research stating that employers in the UAE are planning to increase staff salaries by 4.6% in 2017. For investors, Dubai’s real estate market is renowned for promising high monetary returns. The city’s growing population creates a demand for renting property in the Emirate. The Dubai Land Department, a government agency that monitors real estate transactions, published a report detailing that, compared to the first quarter of 2016, there has been a 45% increase in the value of transactions. The demand for rent is predicted to boost in the coming years as Dubai prepares to host the World Expo 2020. Dubai’s real estate market could offer a 8% profit increase for investors, making it one of the best cities to invest in the region.

A healthy fitness lifestyle is a central part of Dubai’s culture. This city offers an outdoor friendly lifestyle as sports and outdoor classes are often conducted on the beach and in parks. Dubai Holding and Dubai Municipality want to advance the city’s fitness levels by constructing Dubai’s largest public park in Dubailand to encourage exercise. The park will spread across 1,430,000m² (15,392,391 ft²), almost three times larger than Dubai’s Zabeel Park. Sheikh Mohammed bin Rashid Al Maktoum seems to be striving to advance the fitness levels and environmental appreciation among Dubai’s residents and the park aims to strengthen Dubai’s ranking as one of the happiest cities around the world.

The park’s lush gardens and trees will enhance the air quality of Dubailand by protecting existing biodiversity. The park will include approximately 15,000 trees along its nature trails and throughout the park, with large space features extensive outdoor amenities: pedestrian trails, a 20 km jogging track, cycling tracks and scenery trails. This park is excellent for athletes, families, and kids of all ages, boasting 55 playgrounds for children as well as dozens of sports sites for games. Available sports fields and courts cater to Dubai’s soccer, cricket, tennis, and basketball enthusiasts. Residents will have access to shopping outlets, quality eateries, cafes and five events areas. Phase one is scheduled for completion by the end of 2017.

Dubai Electricity and Water Authority (DEWA) is boosting Dubai’s happiness levels by improving the customer service experience of its residents. DEWA’s Customer Happiness Center has a Single Point of Contact, making customer service efficient and easy for customers. The Single Point of Contact reflects DEWA’s continuous effort to improve the government’s service to increase the happiness rate among residents. 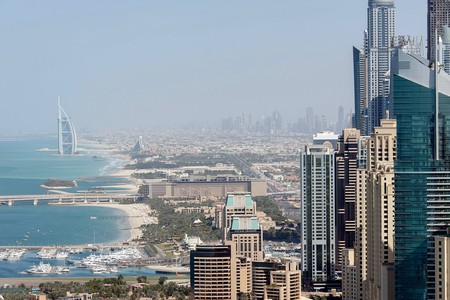 Empowering women within the work force

The United Arab Emirates appointed its first Minister of Happiness in February 2016. Her Excellency Ohood bint Khalfan Al Roumi was appointed the minister of state for happiness to develop the UAE’s plans, programmes, and strategy to promote the happiness of the UAE’s residents. Al Roumi is one of eight females ministers within the country’s 29 member cabinet.

Dubai’s residents are happy to live in one of the safest cities in the world. The Dubai Police consist of approximately 15,000 employees who are recognized for their high-level specialization and training. Traveling in Dubai is safe throughout the day and night, crime levels are low and theft is extremely rare. CCTV is placed in all the major areas of the city, making it difficult for individuals to get away with crime.