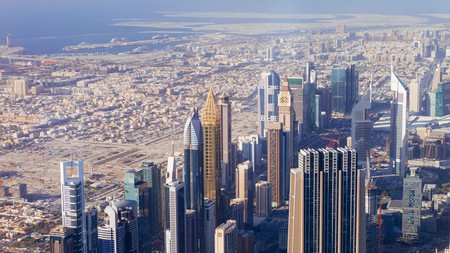 Dubai has been revealed as one of the fastest-growing cities in the world, claiming a population boom of over 500% in recent decades. Here’s how a small fishing village on the edge of the desert became the most populous city in the United Arab Emirates (UAE).

“Around 50 years ago, oil was discovered in Dubai and helped build it to what it has become today,” says Tom Chitty of CNBC. This might not come as a surprise, but that only tells part of the story. Oil reserves have been found in many countries around the Middle East, so why has Dubai in particular seen such a boom?

The port city that grew from the desert

Dubai was once a fishing village that first began to grow thanks to its proximity to Iran, evolving into an important trade route to the Persian Gulf. This initial economic boom was dramatically cut short in 1929 when the Great Depression saw the collapse the pearl export industry. Residents left Dubai in huge numbers for other parts of the country, and investment in infrastructure slowed to a crawl. Other areas in the United Arab Emirates were expanding from the profits of vast oil field reserves found underground, but it wasn’t until a chance discovery of offshore oil in 1966 that fortunes began to change for Dubai, too. From 1968 to 1975, the population of Dubai skyrocketed by 300%.

The last 30 years have seen the population of Dubai grow to 2,785,000. That’s a remarkable growth of 569%, although oil only accounts for 1% of the GDP (Gross Domestic Product) here.

“One of its main sources of income, and arguably the UAE’s most valuable commercial assets, stem from Dubai’s maritime activities. It’s an important trading port thanks to being positioned at the entrance/exit of the Persian Gulf, and as a result currently hosts the busiest port in the Middle East,” Chitty explains.

Dubai is now a global business hub, with many companies locating offices here due to tax breaks, custom duty benefits and no restrictions of foreign ownership. Thanks to its warm climate and easy accessibility from Europe, Dubai is also a luxury tourist destination popular year-round. 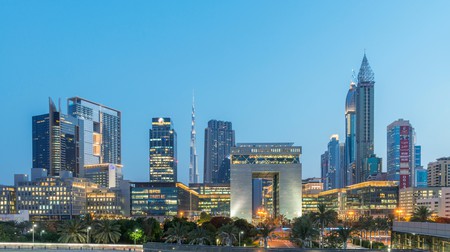 Other global success stories from the last 30 years

According to My Tool Shed, a number of the fastest-growing cities in the world are in the Middle East.

Bahrain’s capital, Manama, has seen a population growth of 359%. Its expansion is similar to that of Dubai; oil playing a crucial role, but a strong heritage as a trade route also helping to establish it as a financial hub for business today.

Doha is the most populous city in Qatar. Sports fans have flocked to Doha thanks to a number of high-profile events being held here. Many of the matches for the 2022 world cup will be held in the city, with new stadiums being built specifically for the football tournament.

Once hailed as the entertainment capital of the world, Las Vegas continues to have a reputation as a playground for the rich. Another desert city, Nevada’s home of nightlife, casinos, hotels and partying has expanded beyond the Strip to become a favoured retirement destination for many Americans. In the next 30 years, Las Vegas is expected to be near the top of the list on current projections. 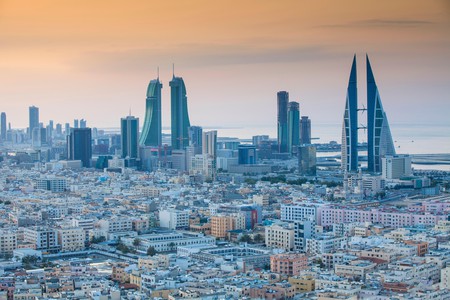 This data is based on the last 30 years, but the current picture tells a very different story. Delhi and Shanghai are showing the biggest rates of growth at the moment, with Dhaka, Cairo and Beijing not far behind.

Cities in India and China will make up the majority of the list in the future, with Tokyo’s status as the world’s biggest city coming under serious threat from Jakarta. Africa is also set to have its own megacities, with Lagos and Kinshasa continuing to see rapid growth in the west and centre of the continent, respectively.