Everything You Need to Know About Drinking Alcohol in Dubai

Dubai is a great city for those who love to party—with an extensive list of clubs and bars for visitors to check out and grab a drink. Indeed, there’s no shortage of places to drink in the city; however, it’s important that visitors know just where to grab an alcoholic beverage. Although Dubai is tolerant when it comes to alcohol, there are still important rules that residents and visitors must abide by to ensure that a fun night out doesn’t turn into some serious trouble.

This rule seems like an obvious one, but it’s important to reiterate that drinking any alcohol and driving is strictly forbidden. Drunk driving in Dubai is a serious offense, and people who break this rule can be put in jail or even be deported. For visitors who want to rent a car while in this Emirate, it’s important not to even sip on some wine if they wish to drive; it’s better to use alternative transportation and make sure a fun night out doesn’t end in disaster.

Although the legal drinking age in Dubai is 21 years old, not everyone of age can simply buy a good bottle of whiskey from the supermarket like in most countries. In the city, only licensed venues can sell alcohol, such as MMI and African + Eastern. To purchase alcohol in these retailers, people must bring their passport and fill out a form. However, tourists should not worry as they can still grab drinks at bars, clubs, and hotels without a license. 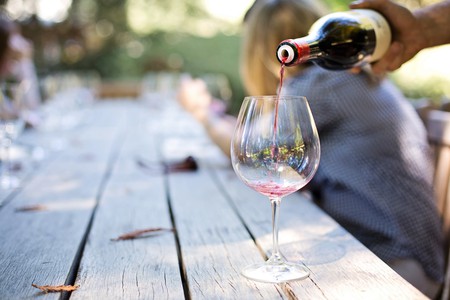 Only drink in legal places

When visiting any country, it’s crucial to be respectful of the region’s religion and culture. Therefore, in an Islamic country such as the UAE, it’s reasonable that people are expected to keep their drinking to restricted places. Tourists and residents alike can drink in several venues around the city; however, it’s strictly forbidden to bring alcohol into unlicensed spots, such as the streets, beaches, and malls. As long as people drink within the venues where it’s legal, there’s nothing to worry about.

Public intoxication can get you in big trouble

Being drunk and disorderly is frowned upon, and even illegal, in several places around the world. In Dubai, this isn’t any different. Here, people caught wasted while roaming the streets, vomiting in public or causing fights while under the influence of alcohol can be taken in by the local police. It’s important to make sure that one is always respectful and keeps in mind the city’s culture and rules when grabbing a drink; therefore, visitors should be mindful to not overdo it on their nights out—this will also help avoid wicked hangovers!