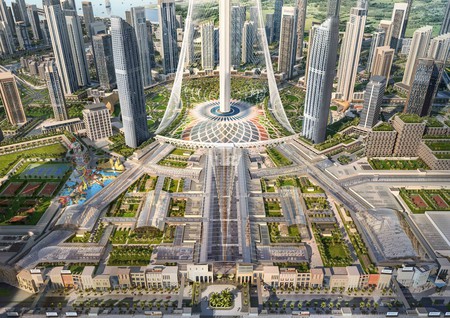 The emirate of Dubai is already home to the world’s current biggest mall – The Dubai Mall – but an even larger retail space is on the way: Dubai Square.

Coming soon, Dubai Square will be home to a huge shopping centre combining all the best bits about retail from around the globe. Set over three levels, it’s aiming to surpass standards by adding an impressive technological focus, many aspects of which have never been seen before in the Middle East. Here’s what we know so far about the Dubai Holding and Emaar Properties partnership. 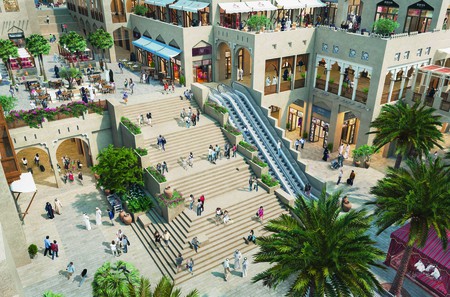 The creators are looking to London’s Oxford Street, Piazza della Repubblica in Florence, Madrid’s Plaza Mayor, Paris’s Champs-Élysées, Los Angeles’s Beverly Hills, Tokyo’s Ginza and many other places when planning Dubai Square. A whopping 750,000 square meters (8.07 million square feet) of it will make up retail space; that’s double what The Dubai Mall has.

However, they’re taking the experience to the next level, with 3D printed clothing and accessories on sale, fashion museums, interactive mirrors in dressing rooms and personalised recommendations using artificial intelligence. As well as VIP fitting rooms, there will be an entire boulevard dedicated to luxury shopping.

Dubai Square will bring the best of online to the mall

The indoor and outdoor space will span 2.6 million square metres (30 million square feet), and will include hospitality spaces. The government is expecting it to contribute majorly to the city’s expectation of achieving $43.8 billion (AED 160 million) in retail sales by 2021, and with approximately 20 million tourists in Dubai by 2020, in addition to over three million residents, it looks like it could really happen.

In a move known as omnichannel retailing, the stores will function as a showroom for buying the products on a desktop or through mobile phone apps. Guests will be able to check out more smoothly than ever with barcode scanning apps, mobile payments, radio frequency identification technology and click-and-collect services that let people order online and then pick the items up later.

Technology at Dubai Square will be out of this world 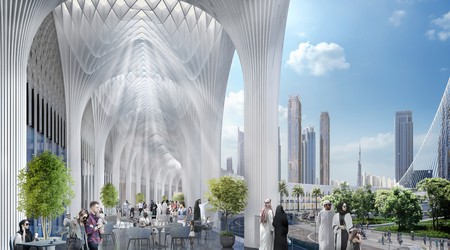 Think skylights, sensory shop windows and glazed roofs; and to help balance the use of LED technology and interactive elements, 700,000 square metres (173 acres) of parks and green or open spaces will be added. 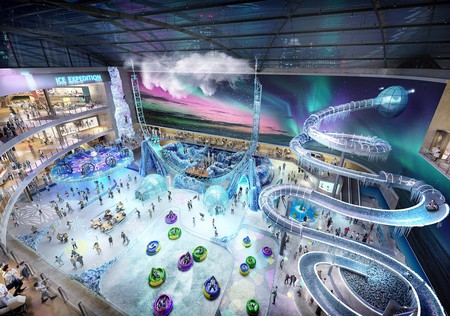 The ground floor will contain a massive events space in its various streets and alleyways, so you won’t necessarily have to buy a ticket to one of the city’s big festivals to see a brilliant act. As well as exhibits, the arena will have 3D projection mapping and high-wire rigging, plus theatrical sound and lighting technology fitted for major events such as celebrities, dancers and acrobats.

Like other malls in the region, there will also be a supermarket, a Cineplex, an Ice Adventure Park and a Dubai Metro transport link. However, Dubai Square is going one better, with a waterpark and sports arena.

Dubai Square will be home to the Art District 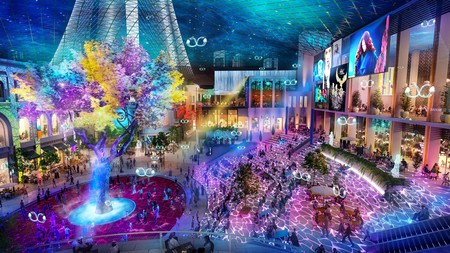 As well as performances from great talents, art will be showcased in the form of Giacometti-style sculptures and small terracotta statues. That’s in addition to drama, literature, painting, music and photography, which will draw in art fans and budding artists, as well as established names such as Mark Quinn, Janet Echelman and Emmanuel Moreaux.

The Middle East’s biggest Chinatown will be at Dubai Square 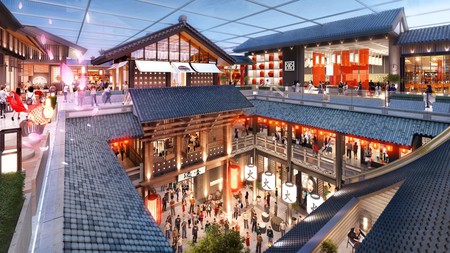 Chinatown will be the biggest in the Middle East | © Emaar Properties

With 200,000 Chinese people living in the United Arab Emirates, and thousands visiting every year, the space will also be a hub for the country’s culture, as it is in other Chinatowns around the world. 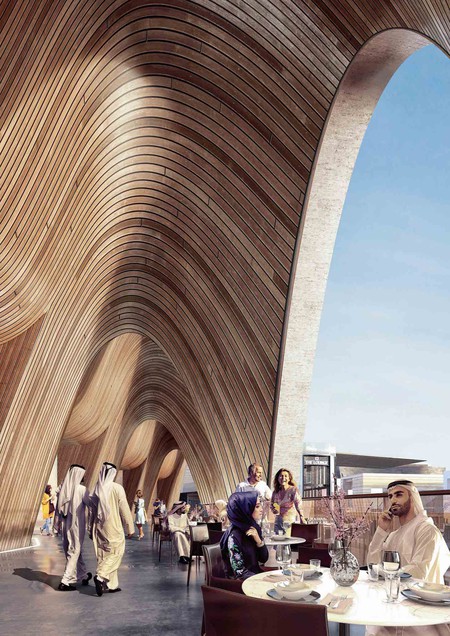 There’s plenty more to it than shopping: expect to see lots of action in the industries of 3D printing, drones, artificial intelligence, automobiles, computing, sustainable technologies and a whole host of emerging stuff from around the region.

Dubai Square will be connected to Dubai Creek Tower 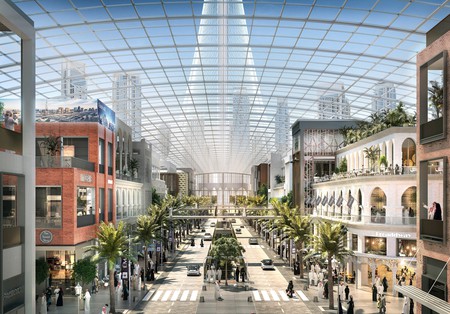 Just 10 minutes away from Dubai International Airport, visitors will be linked to the world’s next tallest building, a structure that will surpass the current world record-breaker, the Burj Khalifa. At 928 metres (3,045 feet) in height (100 metres or 328 feet taller than the Burj Khalifa), people won’t be able to miss it. More discreet is The Plaza, an underground extension of Dubai Square that will feature palm trees and water features. It’s in the shape of a clock and the length of 10 Olympic swimming pools.

The surrounding area of Dubai Creek Harbour will include a new iconic mosque, a new residential neighbourhood accommodating more than 200,000 people, Creek Marina (including a yacht club), and schools and hospitals. To accommodate visitors, 24 hotels are also being built, with a total of 5,800 rooms.