Dessert From the Desert: How Ice Cream Is Making Camel’s Milk Cool Again in Dubai 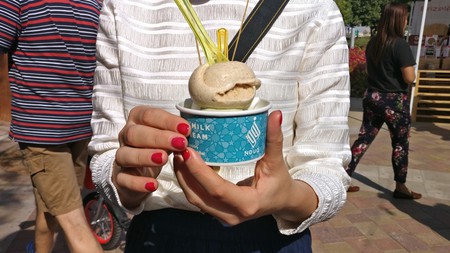 Desert-dwellers have been drinking camel’s milk for millennia, and foodies have predicted it could be the next global superfood. But Dubai has gone one better, with enticing flavours of ice cream made from the white gold of the desert. 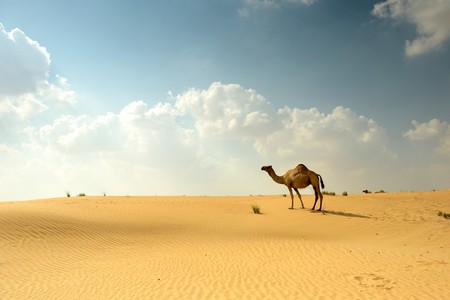 Dubai may be famous for serving one of the world’s most expensive sundaes, but in the city’s oldest neighbourhood, a humble kiosk dishes up a sweet treat of a different kind. Overlooking Deira Old Souk abra station, where wooden water taxis ferry shoppers from the nearby gold and spice markets across the creek, Geewin Café sells a dozen flavours of ice cream made exclusively from camel’s milk.

The kiosk is one of a growing number of cafés and restaurants across the city serving everything from camel’s milk lattes and shakes to camel’s milk chocolates and desserts. Popular Emirati restaurant Al Fanar in Festival City has baklava-flavoured ice cream made with camel’s milk on the menu, while Majlis Café in the Dubai Mall is known for its frothy ‘camelccino’. 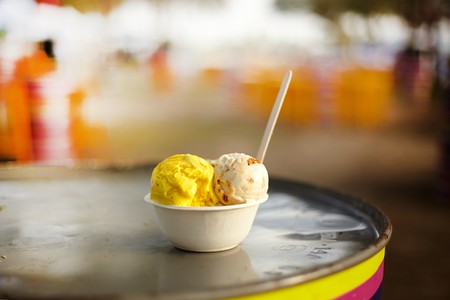 When did camel’s milk become so popular in the UAE?

Known as the ‘ship of the desert’, the camel has a long history on the Arabian Peninsula. The one-humped dromedary camel was first domesticated in the region in 3000 BC, and its milk was a vital source of nutrition for Dubai’s Bedouin tribes.

After the discovery of oil in the 1960s, the Emirate underwent rapid modernisation and urbanisation. The first dairy farms were founded in the 1980s, and unpasteurised milk straight from the camel was replaced with cartons of cow’s milk from the supermarket.

The UAE’s dairies have since branched out with camel’s milk products such as flavoured milks, ready-to-drink coffee and ice cream. But NOUQ, a camel’s milk gelato brand launched by two French residents in 2017, is perhaps the industry’s most exciting development. NOUQ has created nine flavours, including French vanilla, chocolate chip and mango, while their best-selling honey and saffron gelato taps into the popularity of the spice across the region in both savoury and sweet dishes. 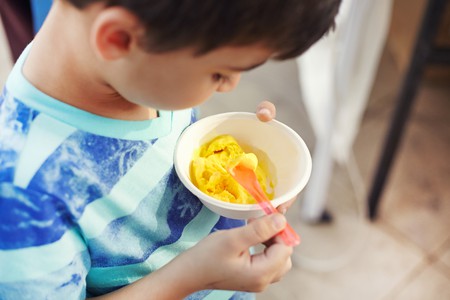 Who’s eating it, and where can I pick it up?

According to co-founder Frederic Kuzyk, Emiratis and Dubai residents are NOUQ’s top customers. However, next are tourists who are keen to “try camel milk gelato in Arabic flavours as a way to fully immerse into the local culinary culture,” he says.

You can pick up a 125ml tub of NOUQ gelato for AED10 (about £2) at supermarkets such as Spinney’s and Waitrose in Dubai, or try it at a growing number of five-star hotels and eateries across the city, including the Arabian Tea House in the Al Fahidi district. The Camelicious range of ice cream, which features nine flavours including chocolate and pistachio, is available at local supermarkets.

Is camel’s milk ice cream better for you than cow’s milk gelato?

The creamy liquid has also caught the attention of health-conscious consumers across the world, thanks to its purported health benefits. Camel’s milk has less than half the saturated fat of cow’s milk and offers more vitamin C, B vitamins, calcium, iron and potassium. Scientists at Cardiff Metropolitan University, meanwhile, have found that camel’s milk could have benefits for people with type 2 diabetes. 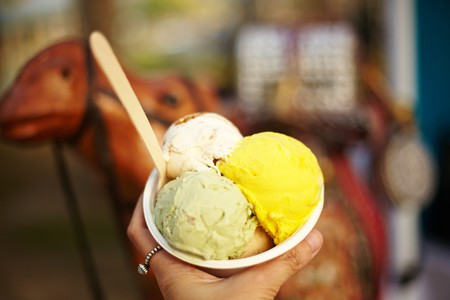 “Camel’s milk can sometimes be perceived as being an acquired taste, which is accurate when dealing with raw camel’s milk,” says Kuzyk. Pasteurised camel’s milk, meanwhile, tastes more like cow’s milk and is said to be vaguely sweet, with a slightly saltier finish.

“People are pleasantly surprised how plain the milk is,” Kuzyk continues. “Consumers are becoming more open-minded and curious, so what used to be a weird food a few years back is now becoming the trendiest dairy milk on the market.”

“Even if you don’t fancy camel’s milk in your coffee or splashed over your cereal, you should still give the gelato a go,” says local foodie Martin Kubler, who has lived in Dubai for over a decade.