Art Dubai And The Best Contemporary Art Galleries In Dubai

The United Arab Emirates in general, and Dubai in particular, is now one of the cultural and artistic centres of the Middle East, and its thriving gallery scene is a vital showcase for artists from throughout the region. Dubai’s newfound cultural status is exemplified by Art Dubai, an art fair which celebrates the best that the Emirati has to offer, and highlights the work of the contemporary art galleries which are making a visit to Dubai essential for any art lover. 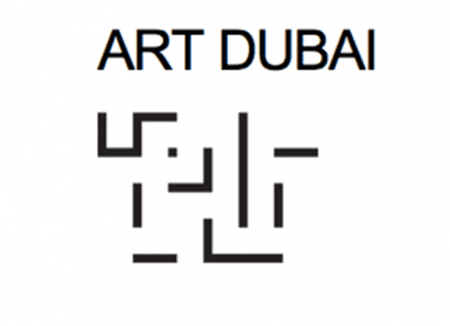 The contemporary art scene in Dubai is one of the most exciting in the world; a host of new galleries focus on innovative artwork and local talent, whilst international artists are attracted to the cultural prestige and stature of the city. The success of Art Dubai, the leading international art fair in the Middle East, North Africa and South Asia, is a reflection of that flourishing art scene. The fair features commissioned projects and performances, artists’ and curators’ residencies, educational workshops, the unveiling of works by the winners of the annual Abraaj Group Art Prize and the critically acclaimed Global Art Forum. To celebrate Art Dubai, we picked ten of the most exciting contemporary art galleries in Dubai, all of whom participated in the the UAE’s biggest Art Fair. 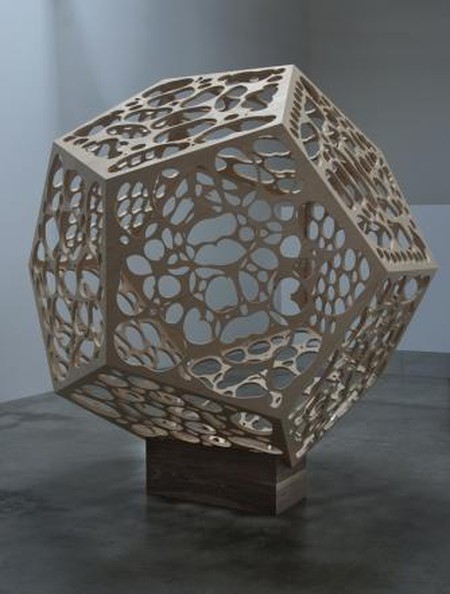 A gallery which focuses specifically on contemporary Middle Eastern Art, The Third Line has played a significant role in regenerating the local art scene in Dubai and developing the profile of Middle Eastern art overseas. The Third Line represents contemporary Middle Eastern artists locally, regionally and internationally and offers artists a forum for the discussion and dissemination of their art. It also hosts non-profit and alternative programs to increase interest and dialogue in the region and develop cultural dialogue between practitioners from across the Middle East and beyond by publishing books by associated artists from the region. 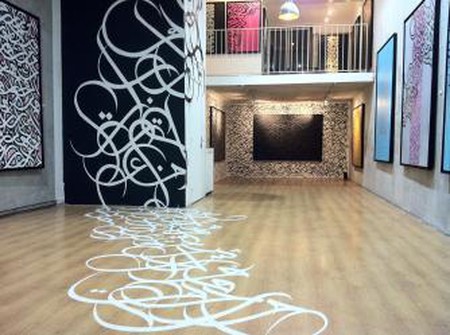 Founded in 2008, Tashkeel is a worthy addition to Dubai’s rapidly expanding art scene. The gallery is committed to showcasing the work of both local and international artists and designers in the United Arab Emirates and beyond. Tashkeel also focuses on fostering ties with other international artistic and cultural organisations, developing cross-cultural dialogue and promoting creative exchange. The gallery features a membership programme for access to its studios and supports artists from a variety of backgrounds in their practice. In doing so it aims to create an independent resource for artists and designers living and working in the UAE, where they can work on their art and receive advice and assistance in their work. 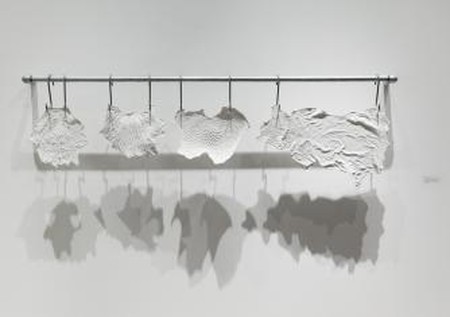 Another new addition to the art landscape in Dubai, Lawrie Shabibi was officially opened by founders William Lawrie and Asmaa Al-Shabibi in 2011 in the Al-Quoz district. The gallery’s broad cultural remit takes in relevant and contemporary artists from the Middle East, North Africa and South Asia. It focuses on supporting emerging artists and has hosted exhibitions from several exciting up and coming local artists in its short life span, as well as publishing catalogues and organising public programs. 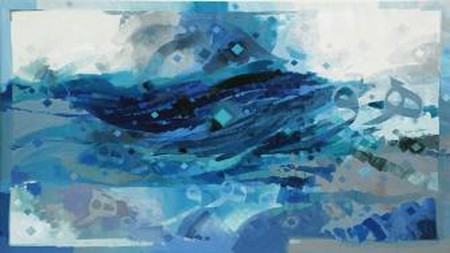 Since opening in 1998, Hunar Gallery has dedicated itself to the preservation and promotion of contemporary Middle Eastern Art. The gallery, which takes its name from the Persian word for ‘art’, has been host to some extremely innovative exhibitions over the last decade and has proved its credentials as one of the centres of Emirati and Middle Eastern art in Dubai. The gallery represents a host of young up-and-coming artists from the region and has contributed to their elevation into the international art world. 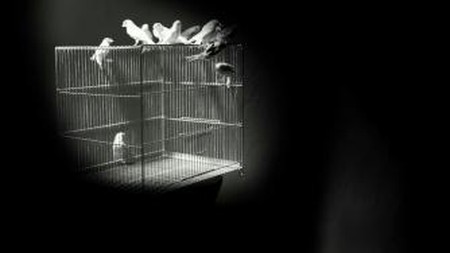 With branches in both Dubai and Tehran, Etemad Gallery is committed to fostering a cultural dialogue and exchange both within the Middle East and in the international art community. The gallery aims to promote the Middle East as a global leader in cultural production and exhibition by showcasing the work of local artists, and bringing the best contemporary artists from America, Europe and Asia to Dubai. The gallery utilises its immense space, a 10,000 square foot converted warehouse in the Al Quoz industrial district, to great effect, hosting major exhibitions and cultural events. 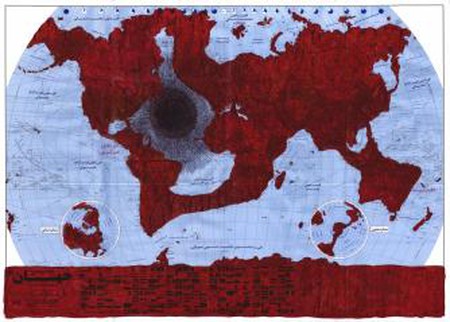 Located in the contemporary art hub of Al Ouoz, Carbon 12 is another recent addition to the thriving Dubai art scene. Its exciting programme of exhibitions has highlighted the work of some existing emerging artists and in doing so has attracted international attention. The gallery also has its own publishing programme, and has published various exhibition catalogue and artists profiles, including books on Katherine Bernhardt, Olaf Breuning, Bernhard Buhmann, André Butzer and Rui Chafes. The countries in which their artists are based are more diverse than most galleries in Dubai, revealing a desire to celebrate relevant art from across the globe.

Originally founded in Damascus in 2006, Ayyam Gallery has since expanded with locations in Beirut, Dubai, London and Jeddah. Founders Khaled and Hisham Samawi initially sought to encourage the embryonic contemporary art scene in Syria but the addition of new locations has broadened their brief to art from the wider Middle East. Syrian artists remain central to their project however, and Ayyam Gallery has remained open in Damascus despite the recent violence, offering local artists both a studio space and a safe haven. The Dubai location extends Ayyam’s mission of promoting local artists and nurturing ties between distinct artistic scenes and traditions. Some of their recent exhibitions include Ammar Al Beik’s Boya Boya Boya and Farzad Kohan’s The Passage of Time. 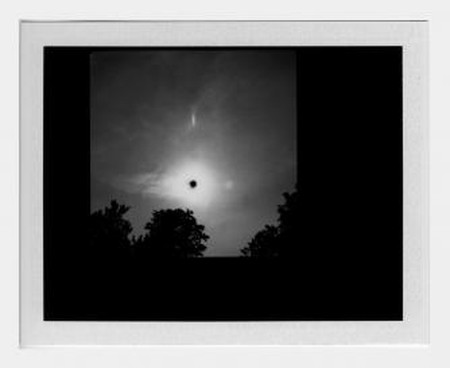 A contemporary art gallery which represents artists from South Asia and Europe, Grey Noise has developed as an international entity since its launch in 2008, first establishing itself in Lahore, Pakistan, before relocating to Dubai. The gallery offers artists a platform to take on ambitious projects and to create works specific to their local cultural context. Grey Noise is dedicated to promoting experimental and avant-garde practices in both art and culture, and revealing the profound depth of the Middle Eastern art scene. 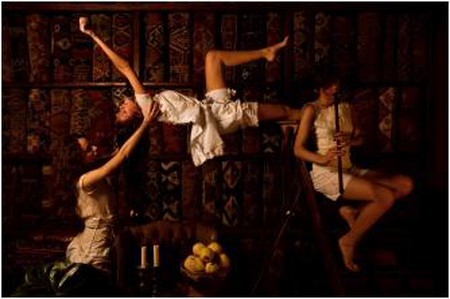 Green Art Gallery represents a diverse stable of artists, who range from established local practitioners to young up and coming international artists. These artists hail from the Middle East, North Africa, South Asia, Turkey and beyond and embody the diverse exhibitions which Green Art Gallery has become known for. They have exhibited work in various mediums including video, photography and mixed media projects. The gallery has recently expanded to represent international artists such as Pakistani artist Seher Shah, Venezuelan artist Alessandro Balteo Yazbeck and Hungarian painter Zsolt Bodoni. 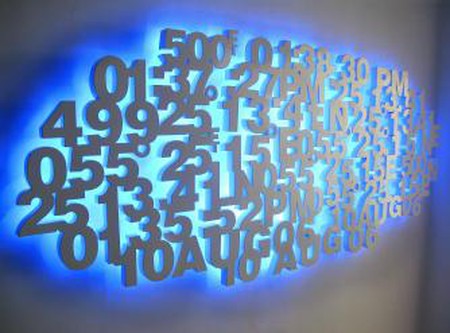 Established in 2005 as a platform for dialogue and cultural exchange, Gallery Isabelle van den Eynde has become one of the most ground-breaking artistic and cultural spaces in Dubai, and has developed a reputation for the quality and innovation of the artists it represents and its programme of exhibitions. It focuses mainly on young emerging artists from the Middle East, and Iran in particular, and has helped artists such as Abdelkader Benchamma, Hasan and Husain Essop and Iman Raad gain an international reputation, whilst strengthening the profile of established artists such as Khosrow Hassanzadeh and Bita Fayyazi.