Are Ready-Made 'Smart Cities' the Answer to Our Urban Problems? 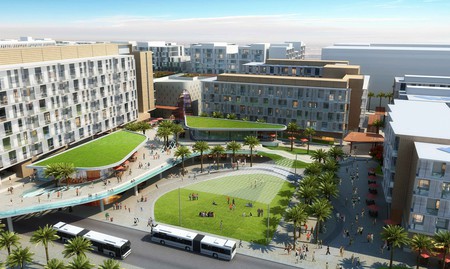 An artist's rendering of the Masdar neighbourhood development | © Masdar

Looking for a solution to urban issues from pollution to water conservation, tech evangelists from Abu Dhabi to Arizona are building ready-made ‘smart cities’ from scratch. But who are they being created for?

In the desert of Abu Dhabi lies a city that is as much mirage as it is metropolis.

Originally billed as a ‘greenprint’ for sustainable urban development, Masdar City was commissioned by the Abu Dhabi Future Energy Company to showcase the oil-dependent country’s transition towards a more sustainable, high-tech future.

According to blueprints, the $22bn development was to be home to pedestrianised car-free roads, a network of driverless electric shuttles, office buildings that doubled as wind towers and a vast solar farm that would transform a sandy patch of desert into the world’s first ‘zero waste, zero carbon city’. 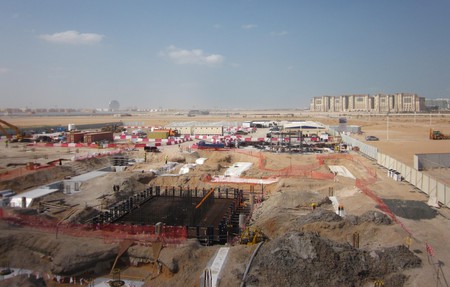 Today, more than a decade after construction began, the utopic vision still exists mostly in the texts of press releases and artist renderings.

Building blueprints remain far from complete, the plan for the driverless transit system was abandoned after two stations and the city centre – 2.3-square miles making up just 7% of the planned town – functions primarily as a sparsely populated office park and campus for the purpose-built Khalifa University of Science and Technology. While the city was planned to house 50,000 full-time residents, a transient group of just over 1,000 students call the development home.

An artist's rendering of the Masdar neighbourhood development | © Masdar

For critics, Masdar City’s empty streets represent the fundamental ingredient missing from the idea of a ready-made city: people.

The problem of the purpose-built ghost towns is not unique. In the early 2000s, South Korea poured $40bn into the ready-made city of Songdo, built on 1,500 acres of Yellow Sea marshland. Today, the the city houses just a fraction of the residents developers had hoped for. In India, the $30bn ’boutique city’ of Lavasa is half-built and underpopulated more than a decade after construction started. 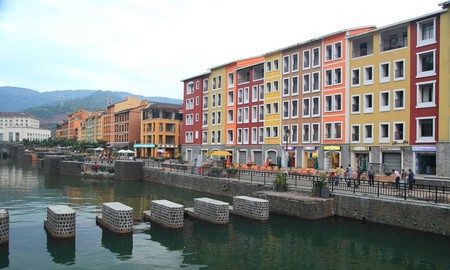 Lavasa, in India, has been designed to look like Italy's Portofino | © Dinodia/Corbis

As far back as the 1970s, developers started construction on Arcosanti, an experimental Arizona-based ‘urban laboratory seeking the radical reorganisation of the built environment’. In 1976, Newsweek magazine called the project ‘the most important urban experiment undertaken in our time’. Today, Arcosanti is just 5% complete. Its population is 80.

‘Ready-made cities generally falter, because they lack a sense of place, authenticity, and distinctiveness. They are like an Epcot version of a city,’ Tom Jones, founder of Smart City Consulting, told Business Insider. ‘By its very nature, a ready-made city usually doesn’t allow neighbourhoods to grow organically.’ 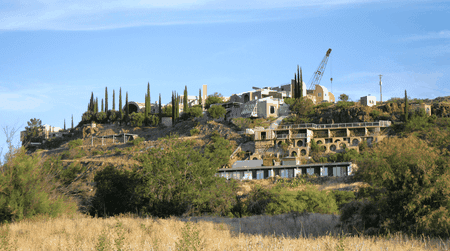 Still, developers around the world are pushing ahead with the idea.

In Arizona, Mt. Lemmon Holdings, a subsidiary of Bill Gates’ investment firm Cascade Investment LLC, spent $80m in 2017 to acquire land on which they plan to build another ‘smart city’ in the desert. In Toronto, Google parent company Alphabet is currently developing Quayside, an ‘internet city’ that will become ‘a world-class archetype of post-industrial innovative urban development’ and ‘serve as a model for sustainable neighbourhoods throughout cities around the world’, according to the company.

If these new projects are to be successful, it’s clear that their developers need to understand that creating the facade of urbanity isn’t the same as creating a city. Predictable, purpose-built metropolises have all historically failed to attract full-time populations. To truly reimagine urban centres, designers and developers will need to consider and consult the people they’d like to live in them. Better yet, they could focus their money and efforts on improving existing cities, already buzzing with life.