All You Need to Know Before Visiting Dubai's Irish Village 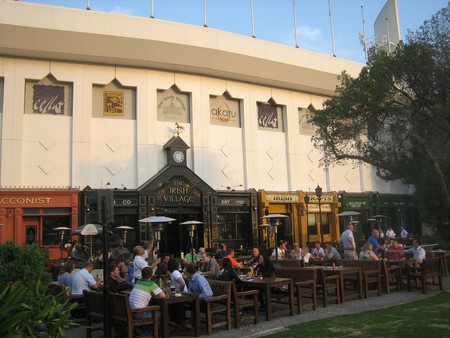 The Irish Village truly is a little piece of Ireland in Dubai. It’s a favorite spot for Dubai residents to end the day with a drink, or to spend the weekend relaxing outdoors with friends and family. The Irish Village mimics a traditional Irish pub, with wooden details, tasty food and friendly faces. However, this venue is more than just a pub, making it a must-visit attraction in Dubai. Here’s what you need to know before you go.

The Irish Village has been a Dubai staple for over 20 years. It opened doors in 1996, as an attraction for visitors to the Dubai Tennis Championships. The Aviation Club had been holding the championships for two years at that time, but was usually attended by only a few hundred people. At the end of the 1994 Championship, His Highness Sheikh Mohammed bin Rashid Al Maktoum announced that a new stadium would hold the next year’s event, with the capacity to hold 5,000 spectators. With that, The Irish Village was born, to cater to the attendees of the event, as well as entertain Dubai residents year-round.

The materials needed to build the space were brought directly from Ireland — even the staff is entirely Irish! The pub has since become one of Dubai’s most popular places to chill, grab a beer and enjoy the unlikely Irish atmosphere in the Middle East.

The Irish Village has held several concerts since its inauguration. The space can now accommodate 3,500 people on its terrace, so it has become an ideal venue for live music. Some of the most famous musicians who have performed at the Irish Village are The Pretenders, Paolo Nutini, and Sir Bob Geldof, among many others. The Irish Village is now known as one of the most pumped-up places in Dubai for concerts and parties, holding major events for Halloween, New Years Eve and of course, St. Patrick’s Day.

The sporting event that inspired the creation of the Irish Village still happens to this day, as The Aviation Club still holds the Dubai Duty Fee Tennis Championships every year. The championships have become a tradition in Dubai, and welcome hundreds of residents and visitors every year. Some of the biggest names in tennis have passed through this venue, such as Andy Murray, Rafael Nadal, Roger Federer and others.

The next Championship will take place in February-March 2018, and The Irish Village will welcome all attendees, as lively and exciting as always. 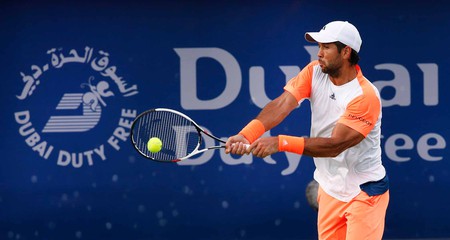