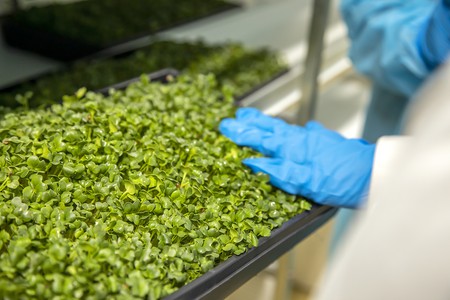 You only have to look at a cactus plant to know that the desert isn’t an ideal place to grow fresh fruit and vegetables. However, the United Arab Emirates have found a solution to creating local produce in the heat.

In Abu Dhabi, a city surrounded by and built on sand, temperatures rise towards 50ºC (122ºF) in the summer time and it only rains a few days a year. It’s no wonder the United Arab Emirates currently imports 80% of its food. The rising population, ongoing regional tensions, and the Covid-19 pandemic mean there are now fears over the longevity of the global supply chains the country relies on. 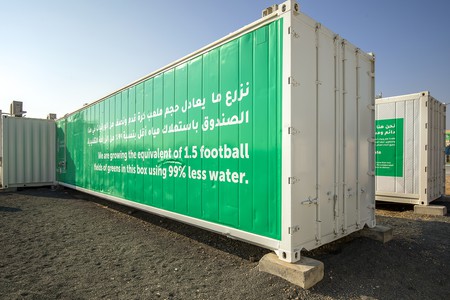 In response, the capital of the UAE is now pledging to go local. The government plans to “make the desert turn green” by building the world’s largest indoor vertical farm where it will cultivate produce such as lettuce, cabbages and tomatoes.

The farm will be housed inside a new 8,200 sq m (88,264 sq ft) climate-controlled warehouse in an industrial park built on the arid land between Abu Dhabi and Dubai. It will feature stacked trays of seedlings, each illuminated by LED light and filled with a soil substitute such as cloth made from recycled plastic bottles. The farm will be the first in the world to commercially grow tomatoes solely under artificial light. 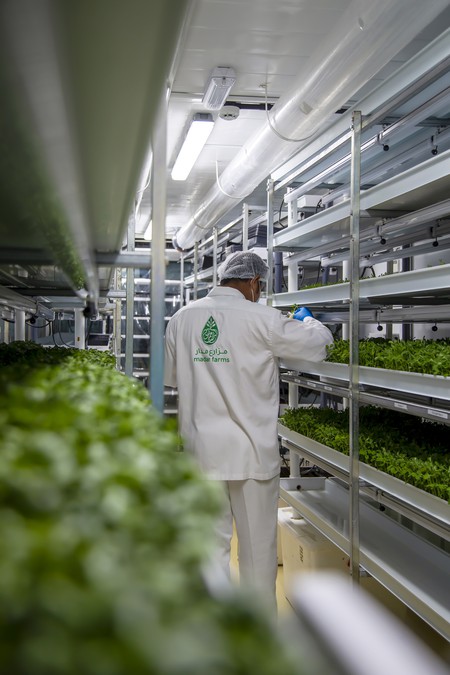 It is being funded by the Abu Dhabi Investment Office (ADIO), a central government hub supporting local businesses, which recently announced an £80 million investment for four agricultural technology projects, including this indoor tomato farm, which is being constructed by UAE-based company Madar Farms.

Researchers at the centre will study and produce a wide variety of crops, while using up to 95% less water than traditional farming, according to the US company Aerofarms, which is running the project. “We have been talking to people in the UAE for a long time,” says Aerofarms CEO David Rosenberg. “We are truly honoured and excited to partner with ADIO and the Emirate of Abu Dhabi to build the world’s largest indoor vertical farm of its kind to help solve some of the most pressing farming problems in the region and agriculture overall.” 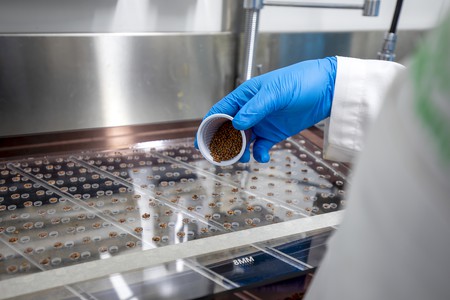 Despite the high electricity demands of sun lamps and air conditioning, the technology is said to be more efficient than traditional methods and could dramatically reduce the financial and environmental cost of transporting fresh produce into the region. Abdulaziz AlMulla, CEO of Madar Farms says this push to transform food production in the UAE is a “new agriculture revolution” and will be led by advanced technology and cutting-edge farming techniques.

“We are providing a holistic approach to sustainability and every day we are working towards achieving this mission in the UAE and across the region,” AlMulla says. “We will grow a wide range of high-quality fresh produce every day here in the UAE and create a lasting change.” His aim is to see a tonne of tomatoes produced every day, 365 days a year and claims they will be much tastier than imported varieties. “We can cut the supply chain to hours, rather than days,” he says. “This means our produce will not only be rich in flavour but will not lose its nutrients by the time it’s consumed.” 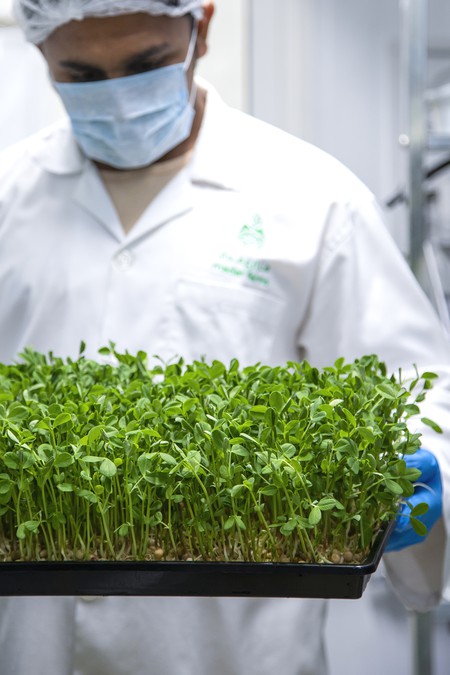 Madar Farms is already growing lettuce, leafy greens and kale inside stacks of old shipping containers in the Masdar City area near the Abu Dhabi international airport. Inside the windowless containers plants are nurtured at 17ºC (63ºF), with artificial light in deep red and blue hues timed to simulate day and night.

Emirates such as Dubai and Sharjah are exploring new agricultural methods including aquaponics, which combines aquaculture (raising fish) and hydroponics (the soil-less growth of edible plants) to breed fish and grow plants together in one integrated system. Hydroponic systems can recycle around 95% of the water that they use.

The vertical farming market is forecast by Global Market Insights to grow to £11 billion a year in 2024, from £2 billion in 2017.