A Selection Of The Best Small Arts Spaces In Dubai 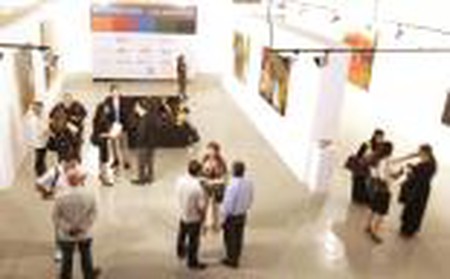 Since the millennium, arts spaces large and small, public and private, have sprung up in Dubai. The smaller of these galleries offer visitors the chance to experience innovative practices and to receive an education in local artistic movements. Here are some of the top ones to visit. 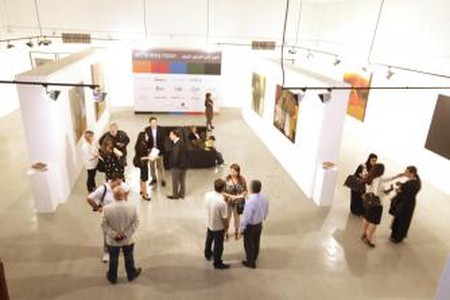 Abu Dhabi’s branches of the Guggenheim and the Louvre galleries have set a high standard for public arts spaces in the UAE. In Dubai, smaller spaces dedicated to contemporary art, often from specific nations, diversify the federation’s cultural milieu. Collectively, their broad interests reflect the region’s multifarious experiences and occupations.

The Lawrie Shabibi is a contemporary art gallery occupying a now disused warehouse in the industrial district of Dubai. The gallery represents a small number of artists that practice primarily in North Africa, the Middle East and South Asia, and include award-winning performance artist Wafaa Bilal and sculptor Hamra Abbas. The Lawrie Shabibi also invites other artists to exhibit in the space, who share similar cultural backgrounds.

Meem Gallery specialises in exhibiting works made primarily by Arab and Iranian contemporary artists. A larger number of artists are represented by the gallery, which is also responsible for bringing the works of Ali Omar Ermes and Nja Mahdaoui to the Emirates for the first time. There is another side to Meem: the arts education programming, which has included a free lecture series, and enjoys a fruitful connection with the Noor Library of Islamic Art. It boasts its own publications, which are translated into both Arabic and English.

The international Ayyam Gallery, which first opened in Damascus in 2006, has opened a space in Dubai, as well as in Jeddah, Beirut and London. The expansion of the gallery into London has meant greater exposure for artists based in the Middle East, and increased support for the continuation of its artists’ works. It moves comfortably between solo and group exhibitions, allowing curators to play with forms and ideas, which are often of a contentious nature.

The longevity of these smaller spaces can be considered in terms of their success in building a narrative for contemporary work coming from a hugely diverse, yet specific region, parts of which suffer from warring and fast rates of change.