Your Guide to Dubai's Fog Phenomenon 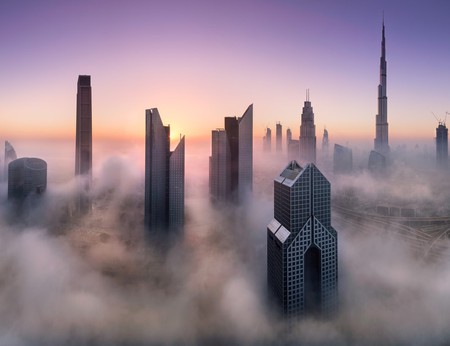 Thick fog blankets the city of Dubai approximately twice a year in a mesmerising haze. Here’s everything you need to know about the phenomenon, what causes it and how to survive the weather.

What causes the Dubai fog?

Dubai is synonymous with hot weather and, to make matters even stickier, the desert destination often gets very humid. Fog comes about when the land cools down overnight, passing heat from the earth into the cool air. When the air can no longer hold its moisture, we experience humidity. In instances where there’s more pollution in the air (think of all the sand, matter from constant building works, and the heavy traffic in the Dubai) the fog is able to linger for longer, somewhat like a cloud. While the regular heat from sunrise can usually clear up condensation, if the sun’s rays are not able to properly heat the ground in the morning, the fog sticks around – just on a higher level. This is precisely what we see during Dubai’s foggy seasons, and this is what makes that skyscraper life seem so cool!

Strapped a camera to my pigeon yesterday and he came back with some pretty good shots. #clouds

How does the Dubai fog affect the city?

As a result of the fog, some aircrafts can get stuck on the runway, while other inbound flights are left circling, cancelled or forced to land at alternative airports. On the roads, there are many car collisions when the fog is at its heaviest. 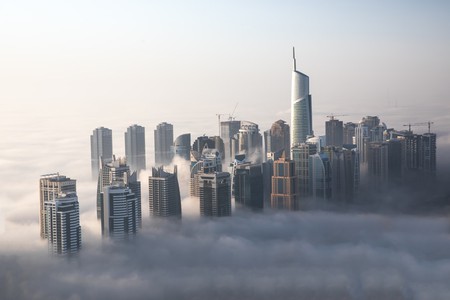 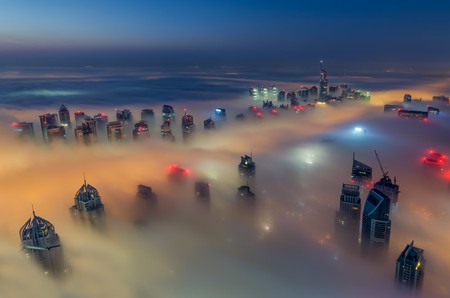 Tips to survive the fog

– When visibility drops to less than 100 metres, people are advised to take extra care on the road, and visibility dropping to 50 metres becomes a huge cause for concern. If this is the case, try to avoid travel or opt for the Dubai Metro instead.

– If you must be on the road, make sure you’re driving at a significantly slower pace than usual (driving through fog gives the illusion that you’re moving at a decreased speed).

– Prepare a list of activities to enjoy indoors because that al fresco brunch or that day at the beach club might be cancelled.

– If you know the fog is coming and don’t want it to ruin your weekend fun, it might be worth heading to another city (such as Fujairah or Ajman) before it hits.

Those staying in Dubai’s skyscrapers (which include two of the world’s tallest hotels, the Gevora Hotel and the JW Marriott Marquis Hotel Dubai) are mesmerised by the illusion of waking up on a level that seems even higher than when they went to sleep. With the world’s tallest building, the Burj Khalifa, as well as other beautiful buildings, making up the aesthetically pleasing skyline, visitors to Dubai are certainly lucky if they can catch the fog when the weather changes from hot to cold (and vice versa) twice a year.

Do note that Dubai is not the only place in the United Arab Emirates where this can be experienced; this temperature/weather situation also affects the surrounding emirates of Abu Dhabi and Sharjah, although there are probably fewer Instagram-worthy opportunities there! 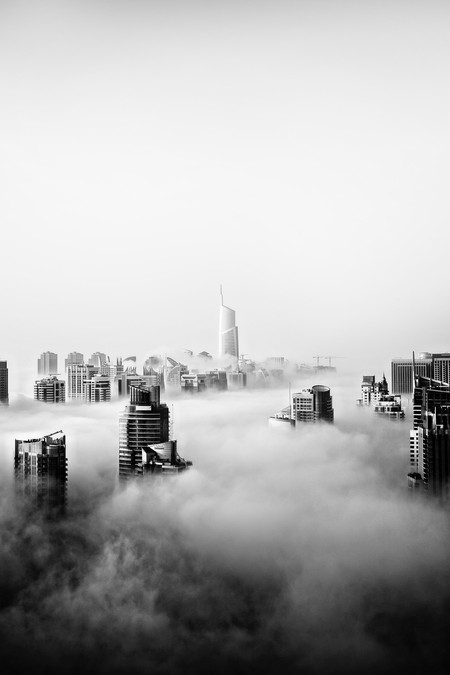 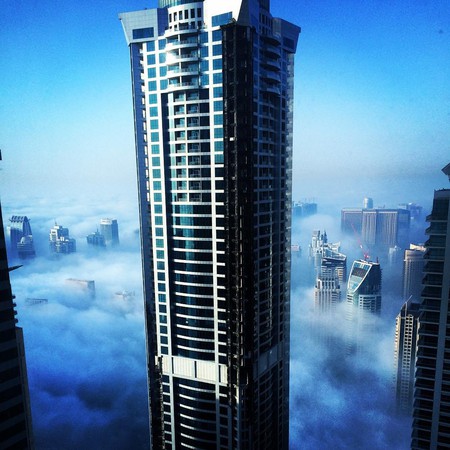