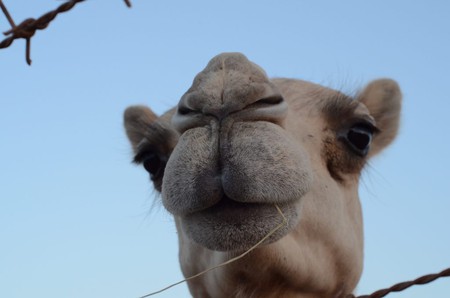 Stuff eggs into a fish, the fish into a chicken, the chicken into a sheep, the sheep into a camel and voilà – you’ve got yourself the stuffed camel dish. This may sound like one of those crazy YouTube culinary experiences, but the delicacy is actually a Bedouin tradition. And while the unusual dish is hardly seen, it is vastly known worldwide.

Visitors should not come to the United Arab Emirates expecting to sit at a restaurant and find the stuffed camel dish on the menu. In reality, although this delicacy is seen as a cultural tradition, it can hardly be found anywhere.

The stuffed camel dish is known to be a Bedouin wedding tradition in the UAE, or something served by the most affluent Arab families and to Sheikhs. However, nowadays there are hardly any Emirati’s who have actually feasted on this unusual plate, which has previously raised the question as to if the dish is real or a myth.

Although there are some skeptical people, the stuffed camel dish has previously been featured in cookbooks and novels, such as the 1971 novel I Served the King of England by Bohumil Hrabal and The Fearless Diner, a cookbook by Richard Sterling.

Additionally, the dish became well-known when it made into the Guinness Book of Records as the largest dish on any menu. Therefore suggesting that the dish is not only real, but is on a menu somewhere – probably not on any UAE restaurants though, to the disappointment of curious and adventurous diners. 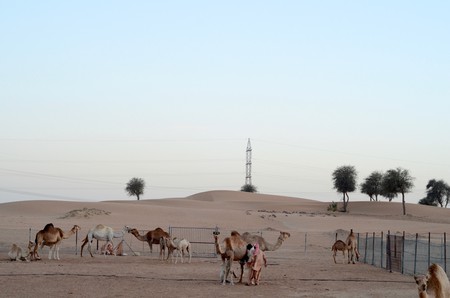 According to food.com the stuffed camel dish is prepared by firstly skinning, trimming and cleaning a camel, a few chickens and a lamb – not a job for the faint of heart. These are then boiled. Eggs are also boiled and rice is cooked. Then the stuffing begins. The boiled eggs and rice go inside the chickens, which then are stuffed inside the lamb, that then finally makes its way inside the camel. Keep on stuffing each animal with rice throughout, broil the camel and decorate with rice, eggs and nuts. This is what the infamous dish consists of, making it bad for those trying to shed some weight.

For those still intrigued by the taste of camel meat – which is actually known to be quite healthy – there are still options in the UAE that don’t involve the largest dish in the world. Visitors can taste camel burgers at Switch in Dubai Mall and at The Local House at Bastakiya Heritage Village. For visitors who don’t think camel meat is quite the option for their taste pallet, several places in the UAE sell chocolate made with camel milk.