Important Things You Need to Know About Vogue Arabia 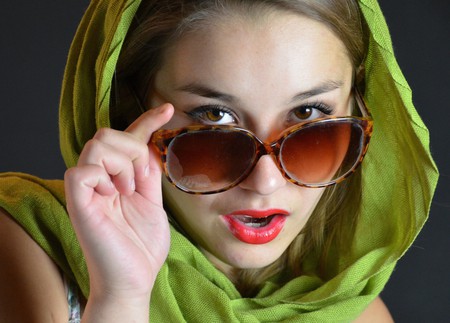 The most sought after fashion magazine is launching in the Middle East. Here is everything you need to know about the exciting new publication, Vogue Arabia.

Keep your head in the clouds and your feet on the ground. Our October cover star @LupitaNyongo, photographed by @MarioTestino and styled by @TonneGood.

Vogue has reinvented itself and simultaneously made its mark as an influential leader many times throughout the course of 125 years. The brand is making history again by launching Vogue Arabia‘s digital platform first—a full two seasons ahead of the magazine launch, which is set for Spring 2017. This is a first for the brand and a testament to Vogue‘s ability to adapt to changing times.

125 years ago, Vogue’s first issue came out. Its cover featured a budding debutante surrounded by butterflies and flowers romantically drawn by A. B. Wenzel. Founded by Arthur Turnure as an “authentic journal of society, fashion and the ceremonial side of life,” Vogue was unlike any other magazine of its time. “Written by smart set for the smart set,” as one newspaper put it at the time, Vogue has been uniquely positioned in terms of access and quality from day one. #Vogue125

Another first for this Conde Nast brand is the publication of a bilingual magazine. The website is a relaunch of Nervora’s Style.com/Arabia and is available in both English and Arabic. Meanwhile, the glossy edition will publish nine English versions and two Arabic versions yearly.

This is not surprising, considering that “70% of Style/com/Arabia’s 500,000 readership is Arabic,” says Shashi Menon, Nervora’s founder, to the Financial Times.

The decision to create a Middle Eastern Vogue was only a matter of time. According to the Global Islamic Economy Report, the Muslim market spent 230 billion U.S.D. on clothes in 2014; this figure is expected to rise to 327 billion U.S.D. by 2020. To put this in perspective, the U.K. currently spends 107 billion U.S.D. on fashion.

Arab women are fashionable and trendy, even under their abayas. Abdulaziz, editor of Vogue Arabia, told the New York Magazine that behind closed doors in the Kingdom of Saudi Arabia, “every single night, it’s basically the Met Ball.”

A tribute to women's beauty and inner strength in a dazzling array of creations inspired by the golden era of Egypt. See more on #TheLightOfNow | Link in Bio

Vogue Arabia intends to uphold the brand’s identity while also catering to the sensibilities of the modern Arab woman. The publication will feature the hottest and most coveted of international fashion news while also covering cultural brands and icons from the MENA region. The magazine will promote brands as well as offer criticism.

So far Vogue Arabia has featured content such as “The Key Trends Forming At London Fashion Week;” “How to Style Your Hair Under a Hijab;” and a short featuring designer Elie Saab and the model Elisa Sednaoui, created in commemoration of Vogue Arabia‘s launch.

The first editor-in-chief of Vogue Arabia is a style icon herself. Deena Aljuhani Abdulaziz has gained recognition as the founder of the Riyadh-based members-only boutique, D’NA, and as a source of inspiration for designers worldwide. But that’s not all; Abdulaziz is also a Saudi Princess.

Having spent time in the Middle East as well as Europe and America, the new editor of Vogue Arabia is known for having a strong sense of international fashion.

Abdulaziz hopes that Vogue Arabia will create a better understanding of Arabs in the West through the shared love of fashion that unites us. “Vogue Arabia is not just about appealing to our own region, but about providing a cross-cultural bridge, a beautiful source of inspiration you would want to pick up even if you were from another area,” Abdulaziz tells the New York Times, “what I can lay out to readers, both near and far, is that what brings us together is far greater than what sets us apart.”

Because When @Ulap Is Around , Happy Vibes Are Around , The International Blogger Samar Seraqui de Buttafoco Blowing Good Wishes Of Bubbles To The Name Of #RamiKadi L'Ombre des Femmes Collection . #RamiKadi #RKCoutureCollection #RamiKadiAngels

As an influential voice for modern Arab women and a cross-cultural bridge to the Arab world, Vogue Arabia will be distributed throughout the Middle East and in the future, it might even be distributed in the West. The main target is Saudi Arabia, but the magazine will also be sold in the UAE, Bahrain, Qatar, Kuwait, and Oman.