6 Music Festivals To Check Out In Dubai 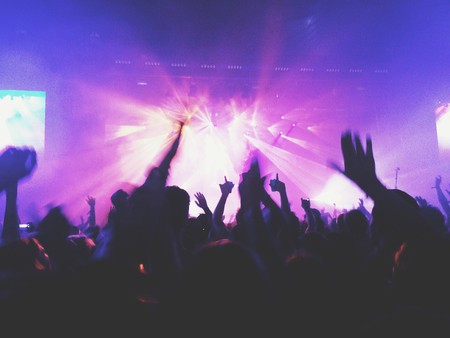 With the new season closing in and the weather getting more and more bearable by the day, Dubai is preparing itself for a winter filled with some of the biggest music festivals on the scene. Residents have worked on the growth of the music scene for years, but only recently has it seen a significant increase in and demand for its live entertainment. From EDM to pop to jazz, here’s a list of up-coming music festivals to look out for in Dubai.

Groove on the Grass

Locally curated Groove On the Grass is one of the city’s biggest EDM festivals. Open only to 21s and older, the two-stage festival has brought some of the industry’s biggest names, such as Nicolas Jaar, Damian Lazarus, and Tale of Us to name but a few. Taking place almost every month from September to May, this festival’s an easy one to catch thanks to its frequency and gradual ticket releases.

Headliners for September 23, 2016: Josh Wink, Max Cooper, Radio Slave, The Element, plus more to be announced

The international clubbing experience found a place in Dubai, and this time it’s located in the heart of the desert. The same rules apply as with every Sensation event: all-white dress code and entry only to those of legal drinking age. Tickets are already on sale, with many options sold out. Don’t let that hold you back because this is surely going to be a night to remember.

Party In The Park

Started by What’s On magazine in the Middle East, Party In the Park has become a must-see one-day festival to celebrate the end of summer and coming of winter. With international headlining acts, the festival is open to everyone (under 16s should be accompanied by adults), with tickets varying from early bird to brunch options. As the name states, it’s a weekend with a party in the park. Everyone from local artist performances and arts and crafts groups to graffiti artists participate to make this a weekend to look forward to for everyone.

Headliners: Kaiser Chiefs, Travis, The Charlatans and more to be announced

Brought to you by the Virgin Radio Dubai Team, Red Fest DXB is a go-to plan for everyone’s Valentine’s Day weekend. The two-day festival has hosted some of the pop industry’s biggest names, such as Iggy Azalea, Rita Ora, Adam Lambert, Fifth Harmony and Steve Aoki to name a few. Open to all ages, the festival is a must-see for anyone who can’t resist a good radio anthem.

Over the years, the genres of music featured have skewed a bit away from classic jazz, but the festival name remains and the event continues to be one of Dubai’s oldest music happenings still going strong. You can expect a chilled out vibe and an older crowd, rocking out to some of the greatest musicians of all time such as Sting, Santana and Toto.

The internationally known one-day festival was brought to Dubai just over a year ago and it’s brought life back to Saturday nights. The festival is open to all ages and it’s ideal for the whole family – so you’ll spot little ones having the time of their lives while the grown-ups munch on delicious food-truck offerings and play mega Jenga! Once the sun goes down is when the party really gets started, and the clubbers come out to play with headlining acts such as La Fleur and Michael Mayer. As the event only runs until 9pm, residents take the after-party elsewhere until the morning hours.