11 Words You'll Only Hear in the United Arab Emirates 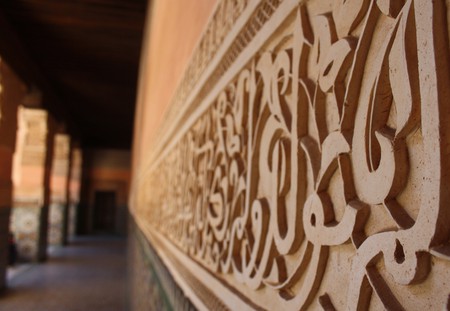 The Emirati dialect is a fusion of Arabic and a range of other languages such as Farsi, English and Urdu. From banka to chub, here are some of the country’s most distinctive words.

The Emirates’ unique dialect offers a glimpse into the country’s rich and multicultural heritage. Extensive trade with other nations and the mass immigration of people from neighbouring countries have shaped the local language, creating a collection of unique words that are only used in the Emirates. Here are some of our favourites.

Originating from the English word ‘hello,’ hala is the Emiratis’ take on it, which is used as an informal greeting. 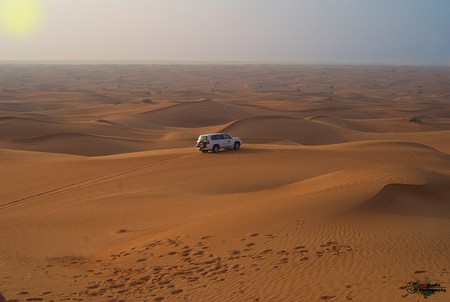 The Emirati word 'bushcara' comes from the English phrase 'push car,' but its meaning has been completely redefined | © zbma Martin Photography / Flickr

This word comes from the Urdu word for ‘straight’ and is used for giving directions (as in go seeda for the shops). Making up a large proportion of the UAE’s population, Indians and Pakistanis have worked and lived in the Emirates for decades. It is therefore natural that many words from their languages have been integrated into the local speech.

The United Arab Emirates conducted extensive trade with Persia and therefore many words, in particular those referring to trade, have Persian origins. For example, the word abzar comes from the Farsi word for spice, afzar. The substitution for the letter ‘f’ with ‘b’ is common when translating Farsi to Arabic. 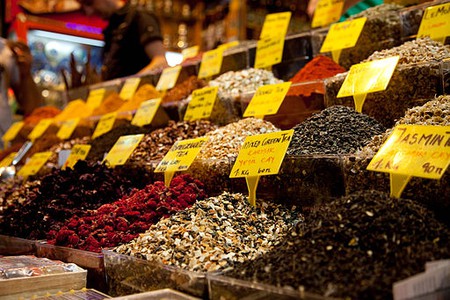 Chub comes from the Urdu command to be quiet but, as there is no ‘p’ in Arabic, this has changed to a ‘b’. This word is one of many that has been adopted from Urdu into the Emirati dialect as a result of the large number of people from India and Pakistan in the nation and the proximity of the two countries.

Another word borrowed from Urdu, banka refers to fans. The Urdu word for fan is panka but the ‘p’ has again been replaced with a ‘b’.

The Emirati word for camel is one of the many words in the Emirati dialect that originates from Akkadian, an extinct language that was last used over 5,000 years ago. Other words include salam, which is used as a greeting and means ‘hello’. 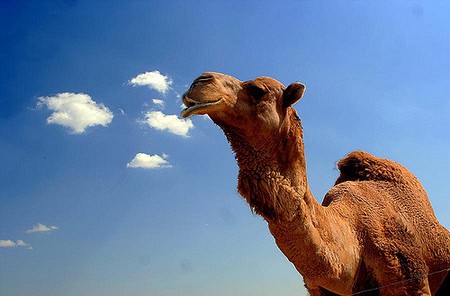 'Jamal' originates from a 5,000-year-old language that is now extinct | © ANGELOUX / Flickr

Taking on an Arabic pronunciation of the English word ‘driver,’ draywel is commonly used in the Emirates. Along with Urdu, Indians living and working in the UAE have brought many words of English origin, integrating them into local language.

Derived from the English word ‘motor,’ the Emirati word motar refers to a car.

The letter ‘k’ in Arabic is often substituted for a ‘ch’ sound in Emirati. So if you’re trying to buy fish in the UAE, you are looking for sa-mach not sa-mak.

The letter ‘q’ in Arabic is often replaced by ‘g’ in the Emirati dialect, so qah-wa becomes gah-wa. They both mean ‘coffee,’ but you wouldn’t hear an Emirati using a ‘q’ and they may not understand you if you do.

An informal word, ramsa means ‘chat’ or ‘conversation’. For example, if you are discussing something with Emirati friends, you are said to be having a ramsa. 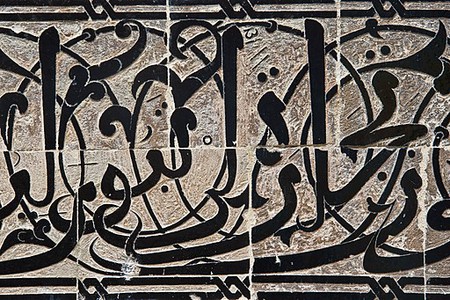 The Emirati dialect has a host of unique words that have come from English, Urdu and Farsi | © Mike Prince / WikiCommons
Give us feedback