11 Tips for Respecting Locals in the UAE 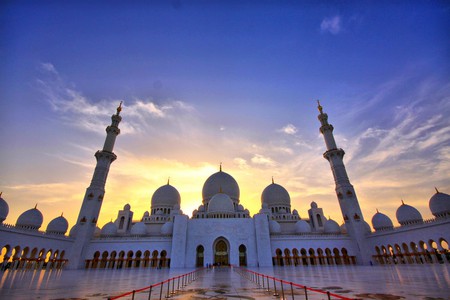 The locals in the UAE, the Emiratis, are outnumbered by expats in their own country. Although small in number, Emiratis are still proud of their culture and traditions even amongst the changing modernity of their land. Before traveling or living in the UAE, remember that Emiratis are historically Muslim and quite traditional, so here are a few tips on how to respect them while in the UAE:

Respect the separation of genders

Both culturally and Islamically, Emiratis believe in the strict separation of genders. When meeting the opposite gender try not to shake hands or hug unless initiated first by your Emirati acquaintance. Many schools, restaurants, and public spaces will have a separation of genders or at least an area for women only; so be prepared for this and respect their tradition of men and women being separated socially and publicly. 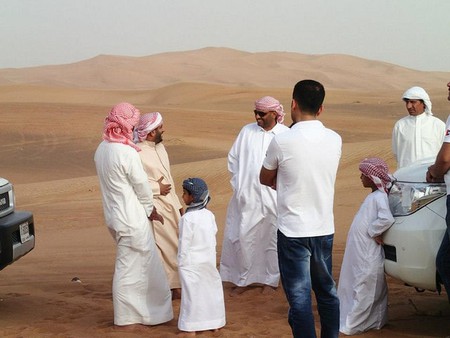 Do not criticize the royal families in front of locals

Emiratis hold their royal family in very high regard, and to criticize the royal family can even be a criminal offense. Try to show respect by asking genuine questions about them if curious, and if you are adamant about criticizing them then try not to bring up the topic at all in front of local Emiratis or wait until you are outside the UAE.

Do not assume all Emiratis are millionaires or extremely rich

While the locals of the UAE have an image of being some of the richest citizens in the world, many Emiratis are not rich and live very humbly. One way of respecting Emiratis is to not assume they are all millionaires, and to not make fun of the rich image they all have in case the Emirati you are with is in fact not wealthy at all.

Don’t criticize the materialistic nature of Dubai or Abu Dhabi

Many tourists or travelers come to Dubai or Abu Dhabi and only see the glitzy malls and gold souqs, and leave the UAE assuming it is a shallow or materialistic country. This is both offensive and not true. Emiratis are very proud of their history and culture from even before the oil boom that brought them the skyscrapers and Burj Khalifa. By showing an understanding of their history and the development of modernity in Dubai and Abu Dhabi, local Emiratis will greatly appreciate your effort and respect. 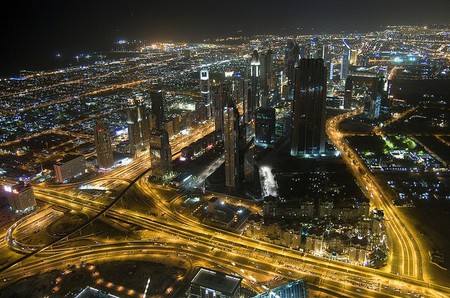 Try to learn a few phrases in Arabic

Respect and try to show an understanding of Islam

The national religion of the UAE is Islam, and most Emiratis follow Islam both culturally and religiously. Try to learn the basics of the religion to show respect while being a guest in their country. Don’t serve pork or alcohol, remember the separation of genders, and learn a few facts about the Prophet Mohammad or the Quran to stop yourself from making unconscious stereotypes about Islam while with locals.

Know the rules of how to respectfully enter a mosque

Because the national religion of the UAE is Islam, mosques are everywhere. If entering a mosque alone or even if going in with your local friend, remember a few rules about entering a mosque in order to stay respectful. For women cover your hair and as much skin on your body as possible, and for men try to wear long trousers and nothing too tight. Take off your shoes before entering, and don’t walk in front of someone in the middle of prayer. But don’t stress out too much about entering a mosque, they are beautiful and peaceful places of worship and will hopefully be a relaxing experience!

Take off your shoes before entering an Emirati home

If invited to a local friend’s house, remember to always take off your shoes before entering the home. Outside shoes are considered to be very dirty, and because most houses will have beautiful carpets on the floors it would be extremely disrespectful to walk over these with your outside shoes. 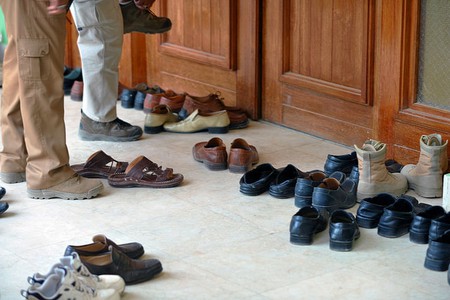 Try not to drink alcohol while dining or sitting with locals

Both historically and because of Islam, local Emiratis will most likely not drink alcohol. If dining together, try not to drink or get drunk in front of them as it will probably make them extremely uncomfortable. Try to wait until you’re alone or with friends who drink.

Emiratis culturally love sharing food, and when having a meal together will order large dishes that everyone eats from together. Try to join in and share dishes while eating with your Emirati friends instead of ordering a dish for yourself only, as this will be seen as being cold or unhappy with their company. Enjoy the experience of sharing dishes with Emiratis, they definitely know how to have a good meal! 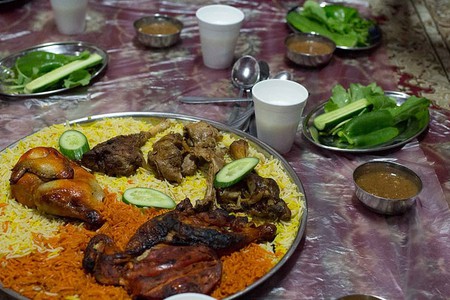 While these are only a few tips on how to stay respectful while interacting with locals, remember that Emiratis are extremely friendly and open to foreigners, and are well traveled enough to forgive a blunder or two from your side. Befriending a local Emirati will definitely be worth it!