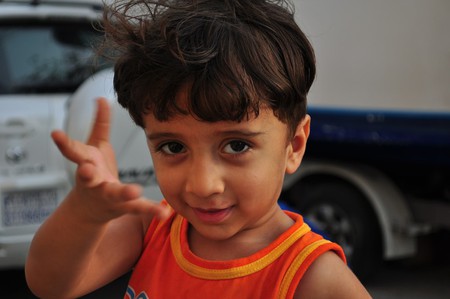 When you don’t know the local language, body language can be a helpful way to understand what is going on. Traveling to an Arab country can definitely be colorful because of the enormous amount of gesticulation that Arabs do while talking. Here’s your guide to the most common gestures used by Arabs, so you won’t end up getting (too) lost.

One of the most common “no” gestures, this clicking noise may seem rude to someone who is not used to it. Arabs don’t mean to be rude with this noise, it is simply another way of answering “no” to a question. 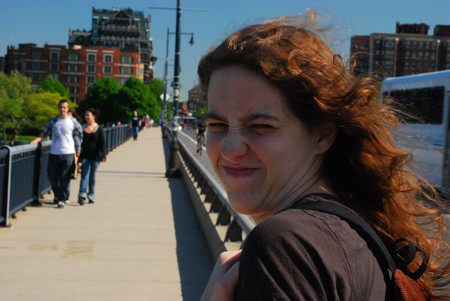 This is a slightly more angry way of saying “no” for Arabs, with the head tilting slightly back and eyebrows raised in a dissatisfied way. The connotation with this gesture is that the person is both dissatisfied and a bit annoyed while saying “no”.

A smile usually always means something good, and this gesture common to Arabs is a warm way of meaning “yes” without actually saying the word. Tilting the head to either side is almost like they are letting you pass by them with whatever you wanted to ask in the first place.

Although Arabs love to express their greetings loudly, sometimes all that is needed is a warm smile and a touch to the heart. This is one of the most heartwarming ways an Arab can greet you, and means that they truly appreciate your presence. 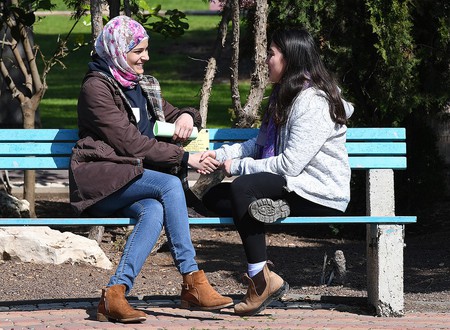 Depending on the person, they will either just move the tips of their fingers or their entire hand; but either way if they are moving it up and down with the palm down it means that you need to quiet down. Don’t take any offense, this is usually a polite gesture meant as just a reminder.

One of the favorite gestures of parents across the Arab world, touching your fingertips together while holding out your hand means to wait, or be patient. Arab children usually hate this gesture, as this is seen as just another way of the parents saying no to their request.

While it can look a bit comical to both non-Arabs and Arabs themselves, when someone pretends to bite their hand it means that they are either frustrated or exacerbated at something or someone’s incompetence. While some people use this gesture to really mean that they are annoyed, most Arabs today will use this as a comical gesture when they are telling a dramatic story or gossiping.

If an Arab keeps a serious face while quickly raising the eyebrows up and down, it usually means they are either unsatisfied with something or they are about to get extremely angry. Take this as the warning sign of someone getting close to their breaking point.

Some things in life are just not worth worrying about, and Arabs have the perfect gesture for this. By flicking your hand outward from your body, it’s as if you’re physically pushing away all your worries!

This is a slightly strong way of expressing disbelief, but Arabs will usually use this gesture a lot when talking to friends or gossiping about something they just can’t get their head around. Meaning both “how” and “why”, it can be a useful gesture when you just don’t have the words for something you can’t understand. 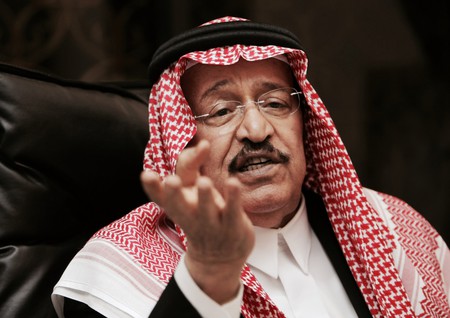 Meaning that it isn’t up to them to decide, many Arabs will point a single finger up into the air to express that whatever is being discussed is up to the heavens to decide. If they point to the sky while shaking their finger however, this usually means that you’re being judged for doing something wrong so take care to note how they’re pointing!