10 Things Only People Living in Dubai Will Understand 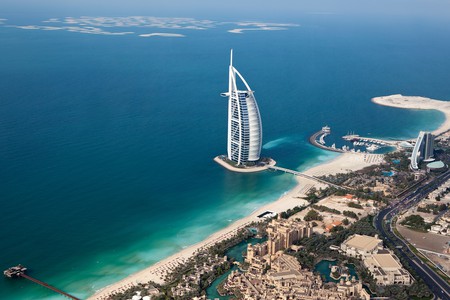 As a major city where most residents are expats, Dubai has developed a very unique culture. There are certain things that one can only really understand if they live in Dubai. From luxury cars to chaotic rainy days, this metropolis does everything a bit differently.

When it Rains, it Pours

Rain takes a special toll on Dubai’s residents, because when it rains in this city, you actually can’t go out. The streets become completely flooded due to the lack of drainage systems— these don’t seem necessary in a city that averages only five days of rain a year. On a typical rainy day in Dubai, schools close down, meetings get cancelled and half your team won’t make it to the office. You can also expect to see people jet skiing in the streets, tied behind the back of a car.

In Dubai, people are always late. Not a little late: very late. If dinner is planned for 9 pm, the earliest you can expect anyone to arrive is 9.30. Punctuality is not a Dubai resident’s strong suit.

Nobody Rides Camels to Work

Dubai residents always have a blast when visiting their home countries as the city has earned some of the most ridiculous stereotypes. Everyone living in Dubai has been asked at some point whether they ride a camel to work. If not a camel then a Ferrari. Other normal questions residents expect are whether they live in the actual desert, and whether they can wear dresses. (No to the first, yes to the latter). 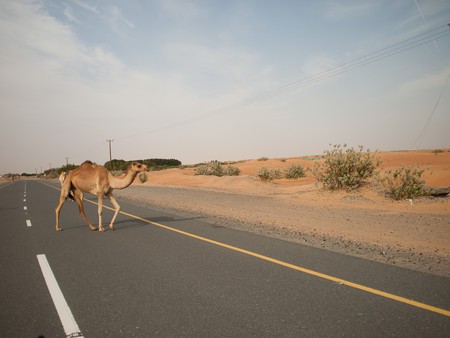 Everyone is from Everywhere

The ‘where are you from?’ question is not so simple in this Emirate. Chances are that anytime someone asks this, they’ll hear a long monologue about how their companion one eighth Panamanian. Any group you sit down with will include people from every corner of the globe.

Dubai has two seasons: hot and hotter. With temperatures that can reach as high as 50 degrees Celsius, winter is the perfect time to hit the beach. That’s because during summer, the weather becomes unbearable and the walk from the front door to the car will leave anyone dripping sweat. During winter, the beaches become full and residents finally get the chance to breathe some fresh air before the city becomes a furnace again.

Every Day is a Car Show

You want to see a car show with the most luxurious vehicles in the world? Go to any Dubai parking lot. In this Emarati city, Ferraris are seen every five minutes and Rolls-Royces are not only reserved for the Queen. The residents of Dubai have a passion for automobiles and luxury cars can be seen everywhere. You just might catch a Lamborghini in a McDonald’s drive-thru. 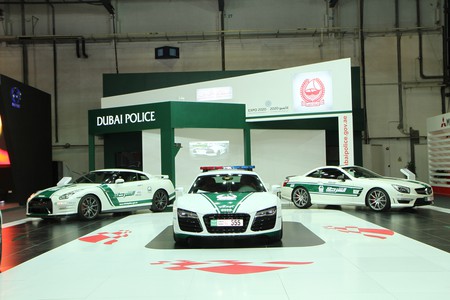 Although malls in Dubai close as late as 1 am, clubs and bars will stay open until 3 am at the latest, thus making any partying until sunrise impossible. Residents are used to the music abruptly stopping and lights turning on in the club as soon as the clock strikes 3, letting everyone know that it’s time to go home. But don’t be mistaken: they still party hard in the limited hours they have.

Dubai may be known for its chic restaurants, but Dubai residents love the small, local fast-food scene. Such places are well-known by the city’s cab drivers, and are often the best places for a quick, cheap bite. Perhaps the best part of fast-food dinning chains like Eat & Drink and Antar is the hilarious selection of drinks and their quirky names. You can sip on anything from a ‘Computer’ to a ‘Lexus’ juice. Don’t be fooled by the names— these drinks are delicious!

Dubai is a Construction Site

From skyscrapers to giant ferris wheels to anything the human brain can muster: Dubai has built it all. This makes the city a constant construction site. Residents are not surprised when a street they have been driving down for five years suddenly disappears, and a massive canal is built in its place. Dubai is constantly changing and no-one really knows when the construction will be over. Wherever you are in the city, a massive construction crane will be within sight. 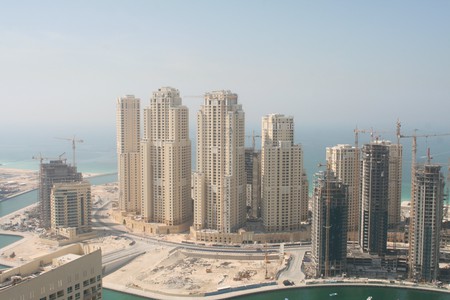 In a city with so many tourist attractions — from the tallest building in the world to an indoor ski slope — most residents have done very little sightseeing. Sure, everyone has heard of (and seen) the Burj Khalifa, but hardly anyone actually takes the time off their busy routines to go to the top. The Burj Al Arab, the only 7 star hotel in the world, is a luxury reserved for well-off tourists, and desert safaris are just something that no-one has the patience for. Residents usually only go sightseeing when visitors come over, and even then it’s against their will.