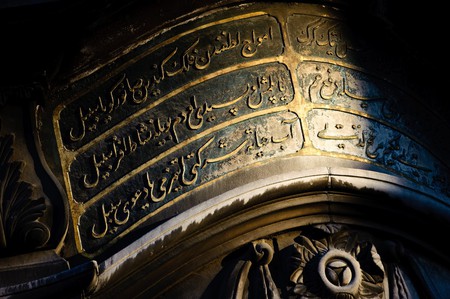 Arab civilization and peoples have some of the most diverse and colorful stories and legends in the world, with many of the stories being passed down orally from generation to generation over thousands of years. While some of these are known to be pure myths and have taken the role of the common fairytales among Arabs, many others still hold a hint that they actually did take place, which makes these myths and legends ever more exciting.

The legend of Aladdin’s Wonderful Lamp

One of the most famous folktales from Arabia, the legend of Aladdin has captured the imagination of children (and adults) from all over the world. Part of the collection of legends in the “Book of One Thousand and One Nights”, this story tells of the young impoverished man Aladdin, who embarks on a series of adventures after being tricked by an evil sorcerer and coming into contact with a magical jinni (or genie), who helps him win the love of a princess. 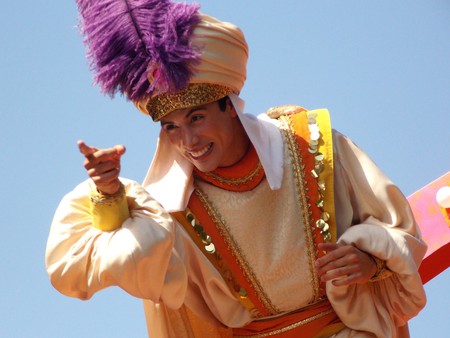 The mythical creature of Bahamut

Known as a giant and monstrous fish that lies in the deep ocean, this mythical creature was believed by ancient Arabs to hold up the earth itself. In this myth, the giant fish carries a giant bull and gemstone on its back, which an angel stands upon to balance the earth and sea.

A horrifying monster of Arabian mythology, the Nasnas was believed to be an offspring of a demon and a human, with the powers to kill a person and make them “fleshless” by simply touching them. The Nasnas was believed to have only half a head and half of every body part, which he uses to make giant leaps with only one leg to catch and kill unsuspecting humans.

The legend of Ali Baba and the Forty Thieves

Another famous tale from the legendary “Book of One Thousand and One Nights”, this legend tells of the poor woodcutter Ali Baba, who is hurled into a wild adventure when he discovers the hidden den of thieves with the magical words of “Open Sesame”. Ali Baba eventually escapes from the evil thieves and discovers their enormous cave of treasures.

The mythical creature of Shadhavar

A mythical Arabian creature that came out of the medieval ages, the Shadhavar was believed to be a unicorn-like creature that has one giant horn and 42 branches that spread out from this horn. Many legends told of the powerful music that could be played from this magical horn with the wind that blew through its many branches.

The legend of Sindbad the Sailor

Another famous legend, commonly thought of as originating from what is now Iraq, this legend tells of Sindbad the famous sailor and explorer. Although there are numerous tales of his adventures, most of them deal with Sindbad’s encounters with magical creatures, foreign lands, and triumphs over powerful monsters. 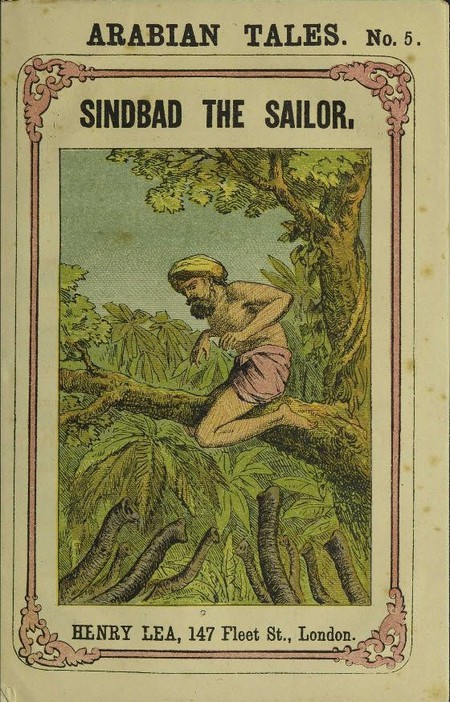 The mythical creature of the Roc

The Roc, a popular mythology of ancient Arabs, is an enormous legendary bird of prey and is often written about by sailors, fishermen, and explorers who swore they saw this magical creature while on their adventures. The Roc has often been compared to Western mythical creatures such as the phoenix or the thunderbird.

The lost city of Atlantis of the Sands

The lost city of Atlantis of the Sands, now shrouded in myth and legend, was supposedly an ancient city in Arabia that was destroyed and buried under sand, by a serious of natural disasters caused by angry gods. Many explorers continue to believe in this tale and search for this lost city, with some believing it to be located somewhere in the southern deserts of modern day Saudi Arabia.

The legend of Zarqa’ Al-Yamama

In Arabian mythology, Zarqa’ Al-Yamama was a powerful woman with incredible powers and magic. Legend says that she had brilliant blue eyes which helped her foresee the future and predict events, but she was eventually killed by jealous enemy tribes who tore out her eyes and crucified her.

Made popular though Arabian folklore, the Qutrub is said to be a werewolf-like monster who is a type of demon or jinni. The Qutrub monster is often depicted as similar to the Western concept of a ghoul, as it is written to be the dweller of graveyards and devourer of corpses.