Your Guide to Saudi Fashion Week 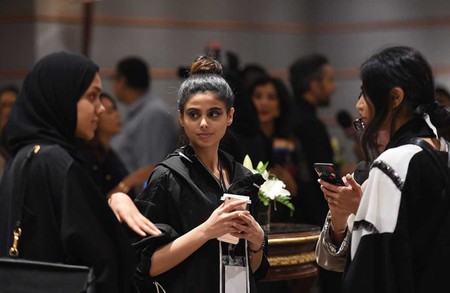 Women at the Saudi Fashion Week, held at Ritz Carlton in Riyadh in April 2018 | © Arabian Business

The second edition of Saudi Fashion Week takes place this month in the Saudi Arabian capital of Riyadh. Here’s everything you need to know about the event.

The first-ever fashion week in Saudi Arabia took place in April 2018 in Riyadh and saw collections from some of the region’s leading designers and brands. They included Tony Ward, who flew in from Lebanon, the Egypt-based Asory House by Rana Yousr and many local designers, including Arwa Al Banawi. Following its success, the Saudi Fashion Community has announced its second edition, which takes place from 21 to 25 October and will showcase a whole range of leading and emerging designers.

Although Saudi designers have thrived locally for many years and private fashion shows have taken place in Saudi (behind closed doors and for women only), the country is now working on boosting its fashion industry, in tandem with its efforts to loosen its most conservative regulations.

Saudi Arabia’s crown prince, Mohammed Bin Salman, who is known for his liberal approach and focus on bringing economic reforms to the country, encouraged the Dubai-based Arab Fashion Council to open an office in Riyadh last year. 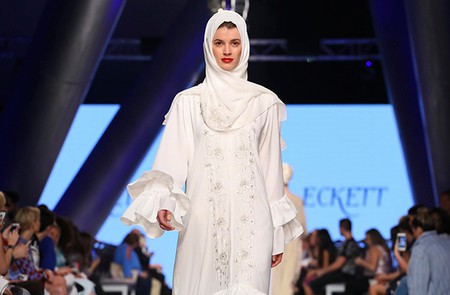 Saudi Fashion Week is returning for its second edition

The second edition of Saudi Fashion Week will host 16 shows by local and international designers, including Yahya Couture, Yuliya Yanina and Lama Askari, who will showcase their Spring/Summer 2019 collections.

The Grazia Middle East Style Awards, which are usually held in Dubai, will also take place on the final day of Saudi Fashion Week this year. The four-day event that will be held at the Ritz Carlton in Riyadh will also feature pop-up stores by both established and new designers. 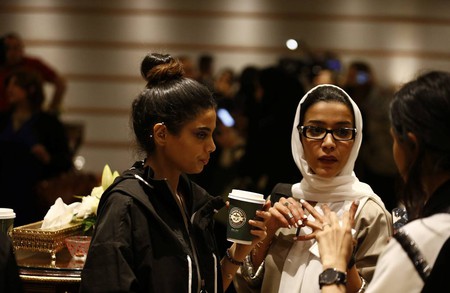 The organisation is also launching a platform to support emerging designers

The Princess Noura bint Faisal Al-Saud’s ‘Saudi Top Emerging Designers’ initiative will provide six new emerging designers with support and mentorship as they present their collections. The princess, who is the founder of Saudi Fashion Community and currently the honorary president of the Arab Fashion Council in Riyadh, said that the initiative reflects the region’s commitment to promote local talent in fashion and design.

“This is the only first step of many initiatives and plans we will be creating,” she said in a statement. “This is a platform with which we support Saudi designers in their country, but it also embraces the wider international fashion industry.” 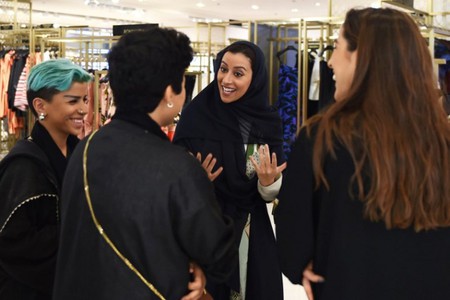 The fashion week is sponsored by Saudi Arabia’s General Culture Authority, a government body that seeks to develop and revitalise the cultural sector in the country, and will especially focus on highlighting Saudi culture.

Women in Saudi Arabia wear an abaya, traditionally a flowing black robe that is worn in public spaces. Recent years have also seen many women replacing the black abaya with more colourful or patterned designs, particularly in the more liberal cities such as Jeddah. “Every designer is unique and designs in a different way,” Princess Noura added. “Our culture is not only about wearing an abaya – it’s what makes you comfortable as a person.”