10 Restaurants You Should Try In Riyadh, Saudi Arabia

Not long ago, Riyadh was an isolated and deserted city. Now, Saudi Arabia’s capital city is a growing tourist destination, where Arab tradition meets imported western culture. We explore the top ten restaurants in this Middle Eastern metropolis. 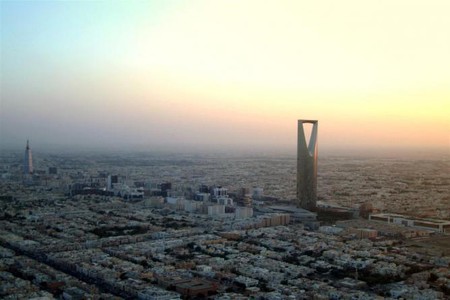 Romantic, with a scenic view and diverse menu, The Globe is Riyadh’s most exclusive fine-dining restaurant, perched atop the Al Faisaliah Tower in a glassy orb. The restaurant is a three-story venue serving Arabic dishes and modern European dishes with a French emphasis. The Globe offers three full-course menus created with an eye for flavor and budget. The traditional High Tea is not to be missed on Thursday, Friday and Saturday at 4pm. Seated 240 meters up in the sky, guests have a spectacular view over the city of Riyadh, as well as access to an authentic cigar lounge for those who want to try out the range of imported Cuban cigars.

Elements stands out from the crowd for many reasons, but not least its ‘interactive’ dining experience. While diners select dishes from the expansive menu, which includes cuisine from all over the world, the chefs provide entertainment by creating dishes at the live cooking stands in the open-kitchen. Part of the Four Seasons hotel chain, Elements serves breakfast, lunch and a la carte dishes in the style of a world-class hotel chain. Under the careful surveillance of Chef Ahmad Sleiman, the restaurant lives up to its promise of being a cosmopolitan and vibrant spot among Riyadh’s culinary selections. Don’t forget to check their special dinner menus on the following evenings: Sunday (Asian night), Monday (seafood night), Tuesday (Middle Eastern night) from 7pm to midnight. 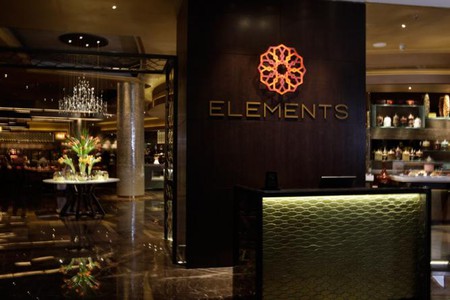 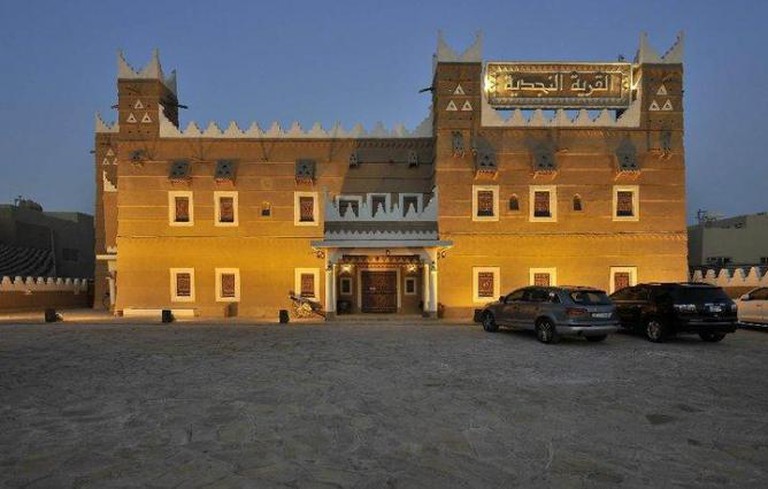 Najd Village | © Knowledgepicture
A favorite of Prince Waleed bin Tala, nephew of the Saudi King, Spazio focuses on Italian cuisine in combination with various international dishes. The middle of the venue is set up as a sushi bar in a pleasant Art Deco style. Perhaps the best part of Spazio is the view, which is best appreciated after sunset. The restaurant is located on the 77th floor of the Kingdom Tower skyscraper, Saudi’s second tallest building. Once finished with the culinary experience, guests shouldn’t miss the incredible sky bridge walk at the very top of the building.

Restaurant, Middle Eastern, $$$
Facebook
Email
Twitter
Pinterest
Copy link
Share
Map View
One of the most visited restaurants here is the Najd Village. The name Najd harks back to the original name for Riyadh, but also to the people and food of a bygone era. Since 1996 the Najd Village has fused Saudi tradition with modernity and created the best traditional meals in the city, served in a museum-like décor. The menu caters for both vegetarians and meat-lovers, including two legendary specialties: the soft, peppery lamb dish moqalqal, and matazzez, or Saudi dumplings. Up to 1000 guests can fit into the restaurant, seated on cushions according to custom.

Famous for its innovative design, Set al Sham is a well-known restaurant in Riyadh. Its Syrian, Egyptian and Lebanese inspired decoration has proved popular with diners, who can make use of the private rooms decorated with lanterns, wood and a Syrian style fountain. Set Al Sham serves a Middle-Eastern buffet with extra appetizers, and is the perfect place to get to know Arabic food thanks to its wide assortment and the local, knowledgeable waitresses. Main courses are also served at a reasonable price and offer traditional Lebanese dishes such as falafel, shwarma, kebab or hummus. The must-try desserts are the umm ali, a type of nutty bread pudding, and the rosewater rice pudding. 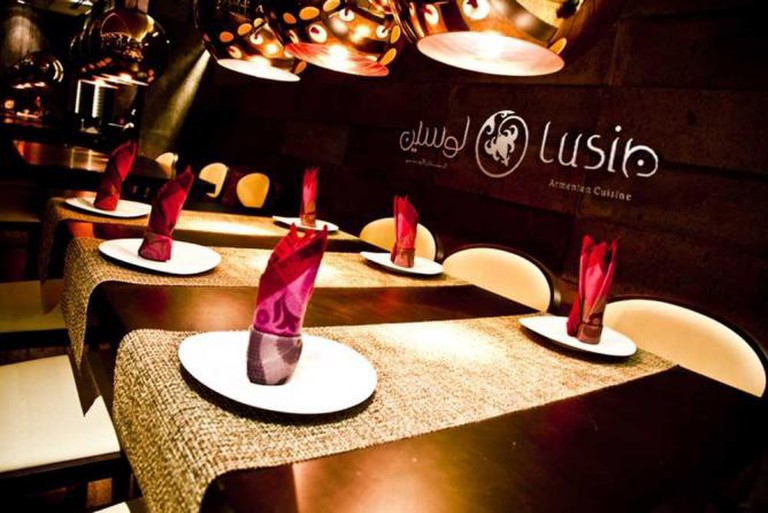 Lusin Restaurant | © MiraFoods
Mirage is the perfect choice for excellent Chinese food here and offers an expansive selection of Chinese dishes with some Taiwanese additions. Choices are wide and portions come in sharable sizes, but what makes Mirage even more enticing is its spectacular interior décor: massive aquariums with colorful fish, illuminated waiting areas and a pond in the middle of the dining space. This decor keeps children occupied, making Mirage a suitable restaurant for families. Despite its upscale interior, Mirage’s prices are happily very reasonable.

Taste of India, or TOI as the locals call it, is a distinctive restaurant that specializes in Indian dishes, from biryanis and tandoors to lesser-known traditional specialties from around the Indian nation. With a strong reputation earned thanks to its homey ambience and high-quality food, TOI is a word-of-mouth favorite in a city that often relies on promotion and gimmicks. Eschewing glamour for good, flavorful food and budget prices, this accessible downtown spot is a firm favourite for Riyadh locals.

Restaurant, Lebanese, Mediterranean, Middle Eastern
Facebook
Email
Twitter
Pinterest
Copy link
Share
Map View
Fairuz Garden is a must for Lebanese food-lovers. Although portions are small they are nonetheless of high quality, presenting tabouleh, fatoush, hummus, baba ghanoush, kibbeh and many other traditional selections to hungry diners. Fairuz Garden has a chic yet relaxed atmosphere with a superb interior design: dim lights, trendy furniture and large fountain in the open space area. The spacious restaurant offers separate areas for families and singles, as well as indoor and outdoor seating. Visitors who opt for the terrace can enjoy the view across to the Kingdom Tower.

Al Nakheel specializes in Arabic and North African cuisine and serves cold and warm breakfast buffets as well as offering all-day-dining possibilities. Its dishes and high-level service elevate it among the premier Arabic restaurants not only in Riyadh but the whole of Saudi Arabia. Situated on the top floor of the Al Khozama Center, Al Nakheel provides guests with marvelous view over Riyadh. The best time to visit Al Nakheel is from April to November, when the restaurant opens its panoramic terrace, giving guests an al fresco dining experience with spectacular views of the city.