Inside the Vast Redevelopment of Jeddah Waterfront 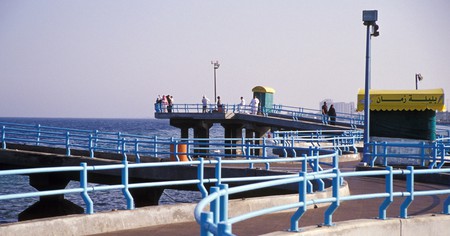 Jeddah’s waterfront has always been the city’s biggest draw, but never more so than now, following a major revamp of the city’s corniche and beaches.

Rebranded as Jeddah Waterfront after a major redevelopment in 2017, Jeddah’s vast corniche now spans a 4.5-kilometre (2.8-mile) stretch of coastline on the Red Sea and covers a total area of 73 hectares (180 acres).

The colossal project cost 800 million Saudi riyals ($215 million) and produced three new beaches for swimming, a 125-metre (410-foot) dock stretching into the sea, dancing fountains, parks, play areas for children and dedicated sports, games and fishing areas. Spread across Jeddah’s rocky coastline, the space can accommodate an impressive 120,000 people and has parking capacity for 3,000 cars. In an effort to encourage fitness, the government also developed plenty of cycling and walking paths, and the space is wheelchair-friendly. 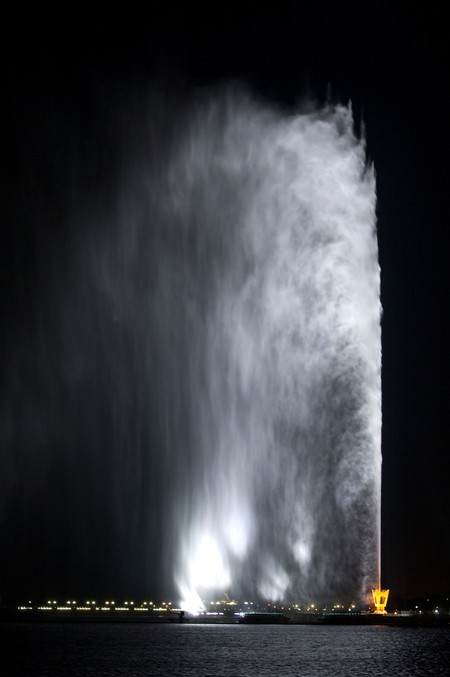 A huge turquoise signboard that simply says ‘Jeddah’ welcomes you to the corniche, and has become a prominent photo attraction on the promenade. Further down, the pier stretches out over the Red Sea for over 400 metres (1,300 feet), and has plenty of seating areas where you can enjoy the breeze. Much of the area has canopies to offer shade on Jeddah’s many sunny days, and these light up at night. There are also several restaurants, a fishing pier, a marina, Wi-Fi, charging stations and toilets.

The waterfront project also includes the longest pedestrian bridge in the kingdom, connecting the corniche and Prince Faisal bin Fahd Road, while LED lights and high-tech surveillance cameras have also been installed.

There is also a line-up of fast-food chains, small food shacks and other restaurants within walking distance of the promenade, as well as a mosque. 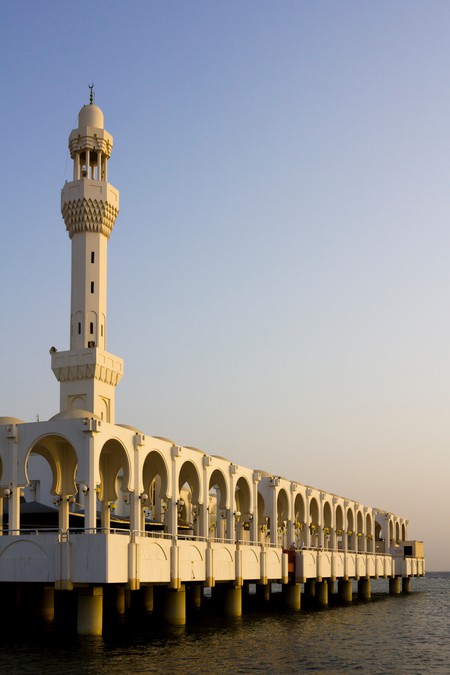 In the 1970s, Jeddah became a haven for open-air modern sculpture, drawing artists from Europe, North America and the Arab world to produce immense, inventive sculptures across the city. Some 40 years on, the sculptures risked falling into disrepair, eroded by salt and wind in the coastal city, so in 2013, the Jeddah Municipality gathered 20 of the city’s most prominent pieces into an open-air museum in an effort to preserve and highlight them. Today, the museum spans seven kilometres (four miles) on Jeddah Waterfront and is free to access. 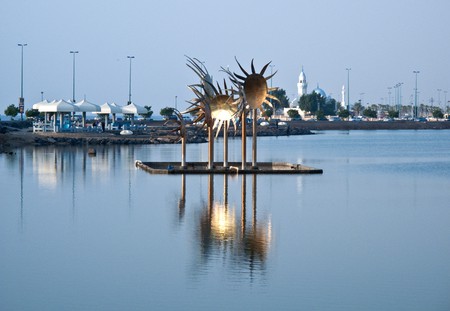 What is still being developed?

An announcement by the Saudi Arabia Public Investment Fund confirmed that the Jeddah Waterfront project is still growing, as part of an 18 billion-riyal ($4.8 billion) project to develop ‘Jeddah Downtown’.

Jeddah Downtown’s development will be completed over 10 years and is part of a strategy to support Jeddah’s ambition of becoming one of the world’s top 100 cities by 2030. This includes the expansion of Jeddah Waterfront to include more promenades, parks and boulevards, as well as additional food, beverage and retail outlets. An aquarium, a cultural centre, botanical gardens and a Ferris wheel can also be expected. 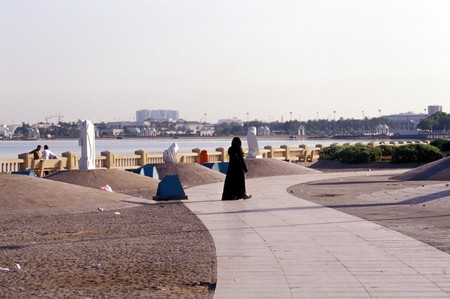 The space can accommodate an impressive 120,000 people | © Robert Reis / Alamy Stock Photo
Give us feedback