The World’s 10 Most Beautiful Mosques

Blue Mosque | © Benh LIEU SONG/WikiCommons
Mosques have existed for more than a millennium as places of worship for Muslims all around the world. To this day, the beauty and rich history of these sacred places continues to inspire visitors. We list 10 stunning mosques from all over the world that will take your breath away.
Sheikh Lotfollah Mosque ceiling © Blondinrikard Fröberg/Flickr

Robert Byron once said that the city of Isfahan in Iran was beautiful enough to rival Athens and Rome, yet due to its geographical distance from the Western world, it is seldom explored. It is the location of the Sheikh Lotfollah Mosque built between 1602 and 1619 during the reign of Shah Abbas I, an architectural masterpiece and a multi-functional space that is also home to royal caravanserai, baths, a royal mint and a hospital. 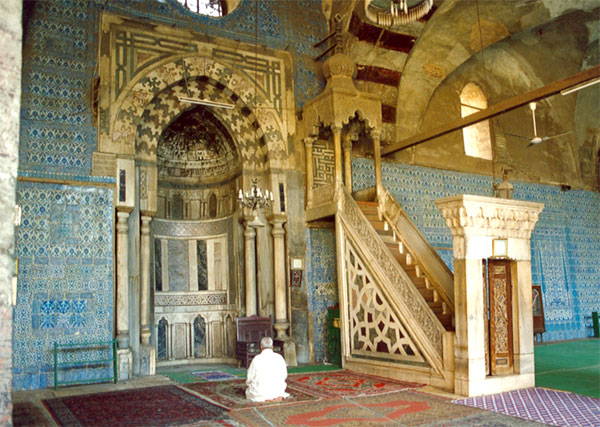 Building, Mosque
Dating back to the 14th century, the Aqsunqur Mosque stands proudly in the Egyptian capital, Cairo. Reflecting a clear Ottoman style, complete with typical Iznik tiles in the shapes of cypress trees and tulips in vases, the mosque also contains the mausoleums of its founder, Shams El-Din Aqsunqur, and his numerous sons.
Looks like it's closed Hours or services may be impacted due to Covid-19
More Info
Open In Google Maps
Cairo Governorate, Egypt
+201024573337
View menu
Visit website
Visit Facebook page
Send an Email
Give us feedback

Mosque
Al Aqsa Mosque | © Edoardo Costa/Flickr
Located in the city of Mecca in Saudi Arabia, the Sacred Mosque is perhaps one of the most prominent mosques in Islam as it is named by the Qur’an as the first house built for humanity’s worship of Allah. Not only is Al Haram the largest mosque in the world, but it is considered to be the holiest. Covering a colossal 400,800 square meters, it can accommodate up to four million people during Hajj, the annual Islamic pilgrimage and a mandatory religious duty for Muslims.
More Info
Open In Google Maps
Al Haram Mecca, Makkah Province, 24231, Saudi Arabia
View menu
Visit website
Visit Facebook page
Send an Email
Give us feedback

Situated in the UNESCO-listed Old City of Jerusalem, the Al Aqsa Mosque is a stunning structure that has been rebuilt several times throughout history due to repeatedly being hit by earthquakes. To this day, it remains the third holiest site in Islam for the belief that Muhammad was transported here from the Al Haram mosque in Mecca during the Night Journey, and then onto heaven. Every Friday, the building overflows with thousands of Muslim worshippers who make their prayers outside in the courtyards of the Noble Sanctuary. 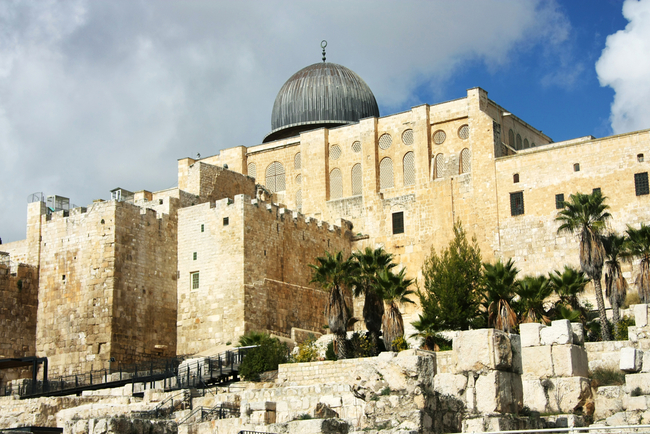 Mosque
Blue Mosque | © Benh LIEU SONG/WikiCommons
The Hassan II Mosque is the largest in Morocco and the seventh largest in the world, occupying the Atlantic shoreline in Casablanca since 1993. Its minarets are the tallest in the world, at an epic 210 meters and are topped by a laser that shines a light towards Mecca. Inside, the walls are handcrafted out of smooth marble, and the glass floor allows visitors to gather a glimpse of the seabed in the main hall.
More Info
Open In Google Maps
Boulevard de la Corniche, Casablanca, Casablanca-Settat, 20000, Morocco
+212522482886
View menu
Visit website
Visit Facebook page
Send an Email
Give us feedback

Mosque
Ubudiah Mosque | © Mszf 92/WikiCommons
Making up an essential part of Istanbul’s skyline, the Blue Mosque boasts six needle-like minarets and is a must-see for anyone visiting the majestic city. It was built under the reign of the Ottoman ruler Ahmed I between 1609 and 1616 in a series of domes and half-domes. Alongside the beautifully arranged cascade of domes spilling down from the grand central dome, the ceiling gleams with 20,000 blue Iznik tiles featuring flowers, trees and abstract patterns.
More Info
Open In Google Maps
No:7 Atmeydanı Caddesi, İstanbul, 34122, Turkey
+902124584468
View menu
Visit website
Visit Facebook page
Send an Email
Give us feedback

Mosque
The Ubudiah Mosque in the royal town of Kuala Kangsar is considered to be the most beautiful place of worship in Malaysia. It is comprised of four minarets and a golden dome, designed by British architect Arthur Benison Huback at the command of Sultan Idris Mushidul Azam Shah. The Sultan vowed to build a mosque of great beauty as thanksgiving for a recovery from an illness. Today, it is a symbol of great pride to all Muslims in the state of Perak.
Looks like it's closed Hours or services may be impacted due to Covid-19
More Info
Open In Google Maps
Jalan Istana, Kuala Kangsar, Negeri Perak, 33000, Malaysia
+601117696364
View menu
Visit website
Visit Facebook page
Send an Email
Give us feedback

Located in the northern city of Lahore in Pakistan, on one of the busiest roads in the area, the Wazir Khan Mosque has been standing since the 17th century and is one of the most important landmarks in the city. The mosque is graced, both inside and out, with fresco paintings and tiles, predominantly featuring colors of cobalt, cerulean blue, greens, oranges, yellows and purples. The view from the top overlooking the Kashmiri Bazaar is one of the most breathtaking vantage points in Lahore. 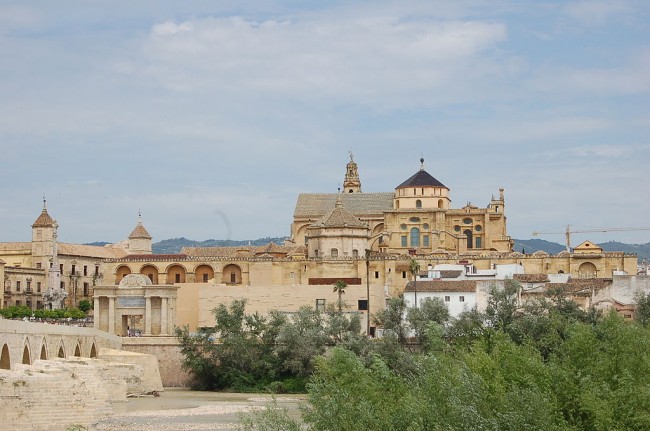 Mosque
The famous double arches of Cordoba's mosque-cathedral  | © Amoniaq/Pixabay
Within the heartlands of southern Spain, the Cordoba Mosque is one of the finest examples of Moorish architecture here. Although the building was originally a 6th century Catholic church, when the Islamic world spread to Spain in the 8th century, it became one of 300 European mosques built to rival the splendors of Constantinople and Damascus. Divided into Muslim and Christian halves in 711, it was converted back into a Roman Catholic Church in the 16th century.
More Info
Open In Google Maps
1 Calle Cardenal Herrero, Córdoba, Andalucía, 14003, Spain
+34957470512
View menu
Visit website
Visit Facebook page
Send an Email
Give us feedback

Mosque
UAE’s capital is home to a brilliant white mosque that boasts the world’s largest hand-knotted carpet, created by over 12,000 artisans, and a 12-tonne crystal chandelier. Located in opulent Abu Dhabi, the Sheikh Zayed Mosque is a reflection of the religious tastes of the royal family. With a total of 82 domes and over 1,000 columns, the mosque’s grand beauty is also amplified by the reflective pools surrounding it.
Looks like it's closed Hours or services may be impacted due to Covid-19
More Info
Open In Google Maps
Al Rawdah Abu Dhabi, Abu Dhabi, United Arab Emirates
View menu
Visit website
Visit Facebook page
Send an Email
Give us feedback
Give us feedback