The Best Things To Do in Riyadh 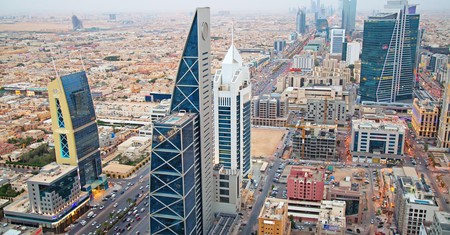 Riyadh, Saudi Arabia’s capital, has grown from a small tribal settlement to one of the busiest and wealthiest cities in the Middle East in only a matter of decades. Even though the city has always been fairly traditional, there are a variety of things to do in Riyadh that are a must-try for everyone. 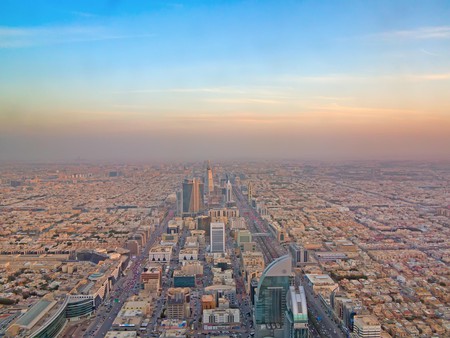 For years, most visitors to Riyadh have been business travellers. However, as Saudi Arabia continues to work on becoming more attractive to tourism, many entertainment and leisure ventures have been opening in the Kingdom’s capital that will attract tourists from both other parts of the country and abroad. From shopping malls and parks to desert trekking and museums, Riyadh has a range of different activities to try.

Dine in a glass ball suspended over the city 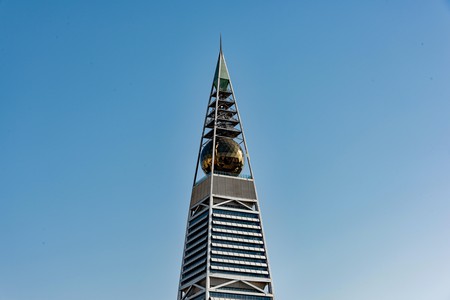 Riyadh is very much about extravagance and enjoying the finer things in life, and Al Faisaliah Centre, a commercial skyscraper located in the business district of the city, allows visitors to become fully immersed in the local lifestyle.

Once the tallest building in Saudi Arabia (it’s now the fourth tallest), the building is known for its iconic design, with an enormous glass ball seemingly suspended on its pointed top. The ball – 24 metres (79 feet) in diameter – is, in fact, a restaurant with 360-degree views of the city. Called The Globe, it’s made entirely of glass panels and offers a top fine-dining experience in Riyadh, serving modern European cuisine by chef Arumugam Rajesh.

Pro tip: Book a table in the early evening to experience the sunset over the Riyadh landscape.

Malls are not just a shopping destination but also popular places for socialising and dining. There are dozens of malls in the city, but if there is one that visitors must check out, it’s Riyadh Gallery.

The three-storey shopping centre is large and hosts a variety of international brands, from luxury goods to high-street stores. The mall also has a food court with a selection of high-quality dining outlets, a mosque and even an artificial lake.

Explore the birthplace of Saudi Arabia 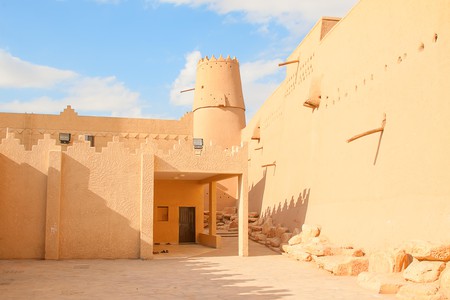 Although Riyadh’s bustling traffic, glass skyscrapers and business streets are its loudest elements today, the city has a rich heritage and history that has been well preserved.

In 1902, the founder of modern-day Saudi Arabia, King Abdul Aziz ibn Saud, stormed his ancestral home, Al Masmak Fortress. It had been seized by the leader of his rival clan, Mohammed ibn Abdullah ibn Rasheed, in the late 19th century. It was from this location that he took control over the rest of Riyadh and united the tribes that lived in Arabia, unifying the modern-day Kingdom of Saudi Arabia.

The fort remained the palace of King Abdul Aziz until 1938 and was restored and renovated in the 1980s, before becoming a museum in 1995.

Today, visitors can explore the fort, built in 1865, while learning about the rise of the Saudi nation at the adjacent museum. Exhibits include paintings, photographs and antiquities such as guns and swords used in the battles that led to the formation of the Kingdom. 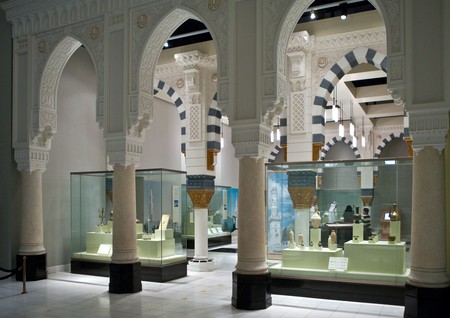 The National Museum in Riyadh is Saudi Arabia’s biggest museum and one of the most visited places in the city. It lies in the King Abdul Aziz Historical Centre, a cultural hub that also has a park and a mosque. The museum showcases the history of human civilisation, Islam and Saudi Arabia in eight main galleries, and its collection includes sculptures, antiquities as well as audiovisual instalments.

Visit the largest park in the desert country 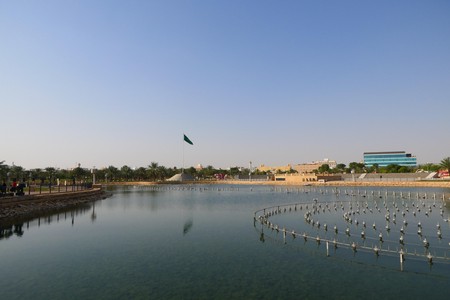 Because the city’s summers are long and extremely hot, most people prefer indoor forms of leisure. However, when the weather is pleasant or during the few cooler months, simple outdoor activities suddenly become appealing.

The King Abdullah Malaz Park (KAMP) stretches over 318,000 square metres (3.4 million square feet) and plays host to cafeterias, a restaurant, several playgrounds for children, areas designated for sports and a 12m (39ft) pedestrian pathway that wraps around stretches of hills. The greenery is perfect for when Riyadh’s weather allows people to appreciate the outdoors.

There is an entrance fee, which keeps the crowds smaller than those at other parks and makes it ideal for families.

Enjoy replicas of the world’s most famous landmarks

The World Sights Park holds (smaller) replicas of many of the world’s most famous landmarks, including the Eiffel Tower, the Taj Mahal, the Blue Mosque in Istanbul, the Leaning Tower of Pisa and many more. It also has models of many Saudi monuments, including the two Holy Mosques. The park isn’t too big and takes about an hour to navigate. You can expect a lot of traditional snack carts and vendors that are very typical to most outdoor festivals throughout the country.

Pro tip: For people looking to take pictures of the miniature monuments, it is best to visit in the middle of the day when the lighting is good.

Zoos can be controversial, but for people who enjoy them, Riyadh’s is worth checking out. First built to keep the wild animals owned by Saudi Arabia’s kings, the zoo opened up to the public in the 1980s.

The zoological park is spread out over 22 hectares (55 acres) and is home to more than 1,500 animals from 40 different species. There is also a flamingo park and an area that preserves a number of local endangered birds. For those seeking a leisurely visit, a train runs throughout most of the zoo, and there are also several cafeterias spread across the park. 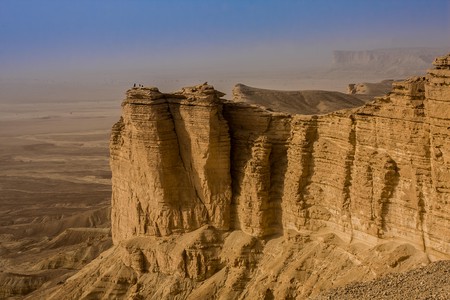 Jebel Fihrayn, better known as the Edge of the World, is a desert trek that runs along the Tuwaiq Escarpment about 90 kilometres (56 miles) from Riyadh. It is an excellent place for some outdoor serenity, especially after dealing with the city’s traffic for a few days.

Hikers can choose between a number of trails of varying difficulties to reach its top, which offers a unique view. Its massive cliffs drop off to reveal a valley which stretches out towards a seemingly infinite horizon.

Even the ground itself is scenic. There is sediment spread throughout the escarpment, which was once underwater 150 million years ago.

Mobile signals do not work in the desert, so it is best to go with an experienced driver (and only in a 4×4 vehicle) and ideally in large groups. Rangers close the gates back to the main highway leading to Riyadh at 6pm, and trekkers need at least two hours of driving time from the cliff back to the gates.

Pro tip: Visit the trek on a bright winter day. It is not advisable to visit at night, or during the summer because of the high temperatures. 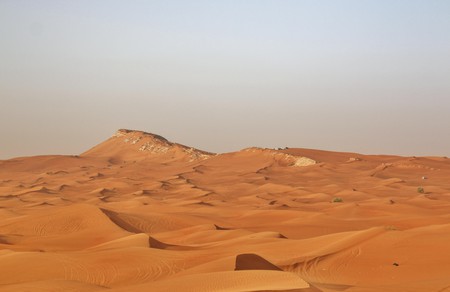 Riyadh lies in the central province of Saudi Arabia, amid the world’s largest contiguous sand desert that covers more than one-third of the country. It’s an important part of the city’s culture and leisure.

The Red Sand Dunes, true to their name, are large windswept dunes surrounded by mountains, located about a 20-minute drive from central Riyadh. The scenic area has become an increasingly popular place with residents, who visit on the weekends. Dune-bashing, in particular, is one of the city’s most popular activities, and quad bikes are available for rent for a reasonable fee.

Pro tip: Prices for quad bikes vary and can often be reduced with a little haggling.