So, Why Were Cinemas in Saudi Arabia Banned for 35 Years? 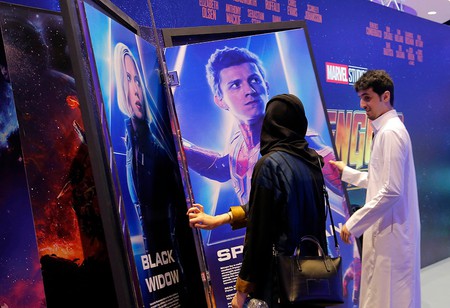 While Saudi Arabia prepares for the opening of its first cinemas, the Kingdom’s youth celebrate the end of a lifetime in a land with no cinemas by booking tickets to watch the American superhero film Black Panther. But why were cinemas banned in the first place, and why are they now making an appearance? Here’s everything you need to know.

Having already watched films on the big screen in other countries, the audience in Saudi Arabia is curious: how will their local cinema compare to what they have seen elsewhere? Will the movies be heavily censored? Will the subtitles be altered? Will the tickets be expensive? Will there be days of the week restricted to female viewers only?

Whatever the options, watching movies now has definitely become more accessible without having to cross the borders to neighboring Bahrain or Kuwait. Though many in the audience had never lived in the country before the ban on cinemas, they know that this is no small step for the local culture.

Thirty-five years earlier, going to the movie theater was much simpler, just like in any other country. At that time, however, Saudi Arabia didn’t have a vibrant community of local filmmakers, nor was the audience exposed to cinema cultures elsewhere – factors that pushed the issue down the local agenda.

This coincided with the growing ultra-conservative sentiments across the Kingdom in the late 1970s and early 1980s, which was mainly triggered by an attempt to overthrow the royal family in Mecca, as well as the Shiite Islamic revolution in Iran. At the time, banning cinemas came into place alongside a series of rules regarding dress code and gender segregation in public.

In the years that followed, the lack of infrastructure suitable to establish cinemas made it seem even more difficult for individuals and businesses to challenge the status quo by trying to build new film houses. 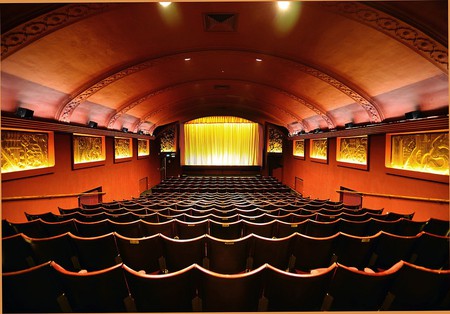 A trip to the cinema | © Basil Jradeh / WikiCommons

It wasn’t until the 1990s, when satellite televisions entered Saudi households, that the debate of opening cinemas returned to the Kingdom. By the mid-2000s, a large number of young movie lovers started traveling to nearby countries to enjoy the big screen, a trend that later became known as ‘cinema tourism’. In the meantime, foreign embassies and private clubs in the Kingdom occasionally conducted events that included movie screenings.

The local media and the press also started supporting the idea and calling for a reconsideration of the ban on cinemas. The fact that Saudi-owned satellite stations like MBC, Al Arabiya, and Rotana became the region’s strongest and most influential channels, added fuel to the debate.

With time, many Saudis started developing a taste for movies. A number of local universities also started to offer film-making and storytelling courses, while some students were sent abroad to study the subject. In time, a vibrant community of aspiring filmmakers started to develop locally.

The return of film

When a group of film-makers from Saudi Arabia launched Telfaz11, an online platform that produces and showcases Saudi films, their work was widely welcomed by Saudis as well as by other Arabs. The popularity of these Saudi films played a big role in pushing the return of cinemas up the priority list.

With these developments unfolding in the film industry, the demand for the return of local cinemas grew stronger. In light of the recent oil crisis, as well as Crown Prince Mohammed bin Salman’s economic reforms, the decision to finally bring cinemas back did not surprise the Kingdom’s audience.

Whether or not the experience meets the audience’s expectations, there is no doubt that, regardless of the quality and the extent of the censorship of the film, the event will mark a critical shift for local culture.