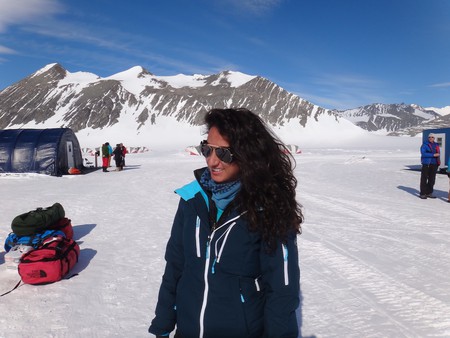 As policies shift in Saudi Arabia, Raha Moharrak is becoming a role model for women in the kingdom. Culture Trip speaks to the first Saudi woman to climb Everest and the youngest Arab to conquer the Seven Summits about her journey.

Before she climbed her first mountain, Kilimanjaro, Raha Moharrak was an art director living between her native Saudi Arabia and her adopted home of Dubai. Raised in Jeddah, she had the idea to join a group going to Everest only after a friend mentioned she was doing the same, but once she experienced Base Camp, she was hooked, and returned a year later in May 2013 to reach the summit aged 25.

Moharrak’s father – whom she’s very close to – refused to pay for her to go on the trip that changed her life. It’s something that to this day she maintains would not have been the case for her brother, purely because he is male.

After a period of their not talking, and Moharrak writing formal letters to her dad about the injustice, he finally gave in, and as the first Saudi Arabian women to climb Everest, it’s clear that the record-breaker is a big believer in persistence paying off.

She trained for the trip by walking around the mall in hiking boots and an elevation training mask to help her get used to the high altitude and reduce the chances of getting ill as a result.

Once she began climbing, she was hooked. 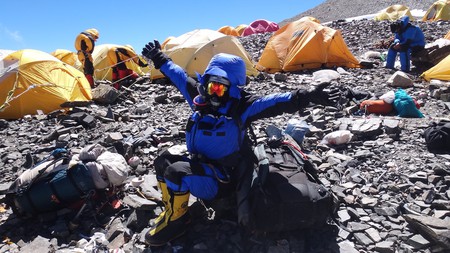 She might be the first Saudi woman to climb Everest, but she was marooned when attempting to conquer her final summit. Moharrak stayed determined, and returned years later; it’s her strong-mindedness that helped her survive.

“Your physical training is what gets you to the mountain, but it’s not what gets you off. It’s not what keeps you going, and it’s definitely not what gets you to the top,” Moharrak says. “You can be the fittest most athletic person ever and not have the right mindset and not continue. You need to go with the concept of mind over matter, I have a fit body and I can do this because it’s the 20th day when you’re tired and exhausted and there’s no summit; no amount of physical fitness and training can prepare you for that moment.”

A thirst for exploration

Moharrak has been splitting her time between Saudi Arabia and the UAE since going to the American University of Sharjah to study graphic design. Admitting that living in Dubai makes it “less complicated for a girl like me to express herself,” she goes back to Saudi Arabia every month, and loves the contrast. 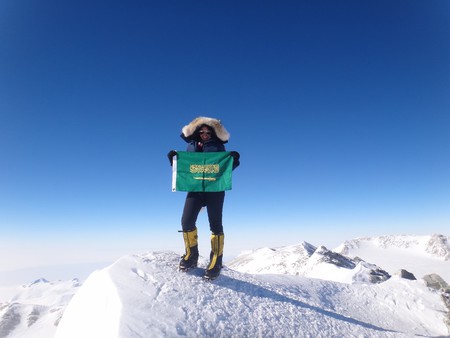 Moharrak's father was not keen on her climbing mountains | © Raha Moharrak

However, it’s her love of going against expectations and of climbing mountains that has opened the doors for her to travel frequently. The outgoing athlete gets a buzz from meeting new people and not knowing what to expect from a new destination.

“These are the things that make me love travelling, as hectic as it can be. It feeds your soul in a way that nothing else can,” she tells Culture Trip. “It expands your mind in a way that’s unique to travelling and the aspect of going to an unknown place with nothing but your courage. I’m so fortunate to experience these things and I don’t take it for granted at all.”

She loves Dubai for its beauty and Lebanon for the persistence of the people. All in all, she finds the Arab world to be the most interesting and hospitable but remarked that the bad PR from the Middle East can count against it.

On the positive side, though, she speaks about the game-changing moves her country has made recently. Describing herself as a “mini-rebel,” Moharrak has been presenting a more liberal version of Saudi women to the world for a long time now. 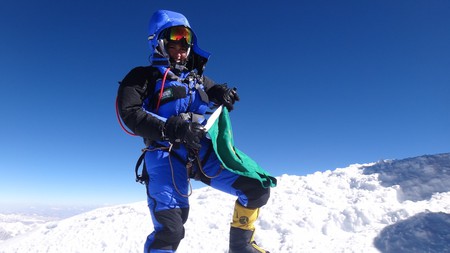 “It’s an amazing time to be different and go against the grain, because you do see a shift in mentality, even higher up. The fact that they lifted the driving ban in my lifetime is a great nod that our efforts, however individually small, but collectively big, are bearing fruits,” she says. “I honestly never imagined in my wildest dreams that I would be able to drive in my lifetime, let alone in the middle of my life, not even the end of it.

“I’m so proud of how far we’ve come. The fact that there are a lot of negativities and this has taken a long time, it doesn’t take away from the magnitude of the step in the right direction and I can’t wait to see what the future has to offer for us.”

Moharrak acknowledges the country isn’t as advanced as it could be, but that many countries around the globe have varying degrees of gender inequality.

Rocketing into the future

Moharrak is aware that being a woman from the Kingdom in this day and age will affect the way she approaches parenthood. 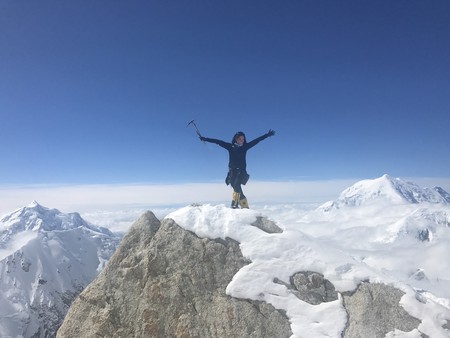 “In the far future, hopefully one day I can have kids that I can take with me on adventures and have a partner that’s equally as crazy as I am,” she laughs.

After becoming the first Saudi woman to climb Everest, Moharrak wants to go to space next. She may have already done what most people will never do by summiting the world’s highest mountain, but she wants to take her forthcoming ventures out of this world – literally. She also aims publish the book she been writing for the last three years.

“I’m one of those people who are always evolving. I’m not able to sit and do or be one thing. I can never be put in a category,” Moharrak admits. “I’m constantly trying to find something new, but in the future, I would really hope to be able to go to space. It’s always been a dream of mine or to train or have an experience that’s similar to the road to go to space.”