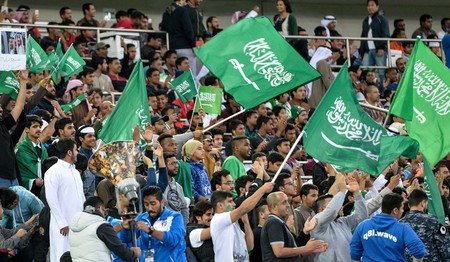 Until now, a woman who entered a football stadium in Saudi Arabia could expect to be arrested, but this weekend that is about to change.

Last October the Saudi government announced that the long-standing banning of women in sports stadiums would be lifted in certain areas, and this weekend three stadiums will have a special section for female fans to support from. Previously, women were allowed to watch football, and other sports, in cafés and other public spaces, but were not permitted to enter the stadium itself to watch matches live.

This comes as part of a wider move, titled the Vision 2030 programme, from Crown Prince Mohammed bin Salman to ease the restrictions placed on women in the country. Last December the city of Riyadh hosted its first ever public concert to feature a female singer, and this summer women will be allowed to drive for the first time. 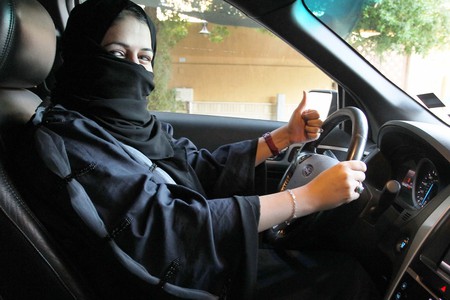 In September last year, a group of women in Riyadh were allowed into a stadium to celebrate Saudi Arabia’s national day. The one-off was deemed a success and this latest relaxing of the laws appears to be the next logical step. Prince Mohammed is intent on transforming the state away from hardline laws and moving away from guardianship laws, partly to make it more attractive to outside investment, and partly to empower his own citizens. The country’s religious police, or Mutawas, tasked with ensuring citizens observe strict Islamic codes, have even had their right to make arrests taken away and later in 2018 the ban on commercial cinemas will also be lifted.

In 2014, when Al-Hilal, the Riyadh based football team, played in the Asian Champions League final against Western Sydney Wanderers (Australian teams compete in Asian competitions as opposed to Australasian equivalents for greater competitiveness), female fans of the away team were allowed inside the stadium. Al-Hilal’s female fans were not.

Despite the law change, female fans entering stadiums must still adhere to certain rules. Three cities with stadiums (Riyadh, Jeddah and Dammam) will have female-only sections of seating, with amenities and cafés also separated from male fans. They are allowed to attend unaccompanied (without a male family member), but must wear an abaya, a loose-fitting, full length robe.

It will be interesting to see how much further Prince Mohammed takes his Vision 2030 programme. There are still a number of different things – including applying for passports, travelling abroad and opening a bank account – that women are not allowed to do without a man’s permission. According to the 2017 World Economic Forum’s Global Gender Gap Index, only Mali, Iran, Syria, Chad, Pakistan and Yemen have wider disparity than Saudi Arabia. It should be said this is an improvement on the 2016 report, in which only Yemen and Syria were ranked lower.

It’s important to make clear that Saudi Arabia is not the only country in the world to place particular restrictions on women. In Sudan, women are not allowed to wear trousers as they are considered indecent, in Israel women can’t get divorced unless they have their husband’s permission, and in countries such as Russia and China, there are specific professions that women are not allowed to study for or work in, such as mining and engineering (China) or firefighting or carpentry (Russia).