Saudi Arabia’s Top 10 Artists and Where to Find Them

To say Saudi Arabian art is burgeoning is an understatement. A decade ago, the country had almost no galleries; now, Jeddah throngs with them, each representing a coterie of artists. With an inaugural group pavilion at the Venice Biennale and international museums dedicated to the country’s art, the profile of Saudi art looks set to rise. Here are 10 of its most exciting and pioneering artists and where to see their work. 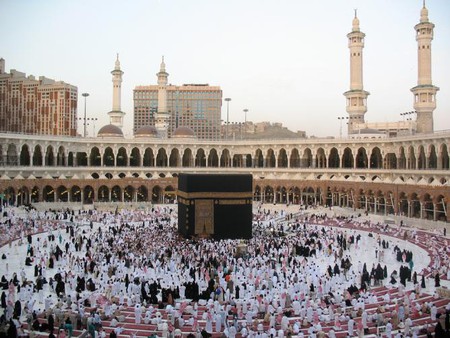 Since co-founding the Edge of Arabia collective in 2008, Ahmed Mater has stood at the forefront of Saudi contemporary art. Hailing from Abha, he began working at the al-Meftaha Arts Village — patronized by Prince Khaled al-Faisal — while studying medicine so as to better understand anatomy. His work investigates the presentation and representation of the Kingdom’s history. It spans film, installation and photography. His Desert of Pharan photograph series charts Saudi Arabia’s redevelopment and commercialization; the Yellow Cow project saw him infuse a cow with saffron and produce dairy products from its milk. Several of his works, such as the early Illuminations series and the Evolution of Man, use X-rays prints, which both penetrate into the nature of man and bypass Quranic proscriptions on human representation. 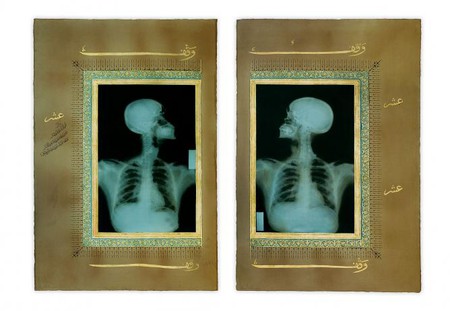 Museum
Facebook
Email
Twitter
Pinterest
Copy link
Share
Map View
Manal AlDowayan, who was raised in the resource-rich Eastern Province, spent a decade working in the oil industry before becoming one of the Kingdom’s foremost contemporary photographers and installation artists. A subject of Alaan Artspace’s groundbreaking Soft Powerexhibition of contemporary female artists, her work covers the personal through the political and the political through the personal. Her photographs If I Forget You Don’t Forget Medepicts her parents’ generation of oil familieswhile the I AMseries highlights the limited possibilities available to Saudi women. The sensational installation Esmi — My Name explores Saudi society’s taboo against mentioning women’s names, which stands in opposition to the customer of the Quran.
Open In Google Maps
Doha, Qatar
Give us feedback

As one of the co-founders of Edge of Arabia, Abdulnasser Gharem has become one of the most important promoters of contemporary Saudi art, both in bolstering art education at home and in encouraging its exhibition abroad. Originally an officer in the Saudi army, Gharem’s work seeks to negotiate between necessary political comment and respect for regional tradition. Although his practice is diverse, it is united by a fearlessness and a willingness to question authority. After the government censored several of his pieces, his next works directly commented on censorship. His sculpture Message/Messenger — which uses the Dome of the Rock in an allegory for the peace process — still sets the record for the highest sale of any Gulf artist.

Exhibited in Soft Power alongside Manal Al Dowayan and Sarah Al Abdali, Abdallah’s work examines gender in Saudi culture. While she started as a painter, in recent years her work has utilised photography, film and spontaneous performance for their ability to record human experience. In the video installation Saudi Automobile, she paints the wreckage of a crashed car pink before sitting in the exposed driver’s seat, claiming ownership of a position the Kingdom restricts to men. Her recent work has focused on the concept of covering bodies and objects — vital in a society where women are expected to be hidden — and includes photographs of concealed women and installations of objects themselves covered by the burqa.

The Alem sisters, easily the most enduring pairing in Saudi art, have spent their parallel careers exploring their lifelong bond. Like many local artists, Shadia began her career as a painter before becoming interested in the possibilities of conceptual art. Over the past twenty years, her work has covered remarkable ground, from classically-inspired portraits to large-scale installations dealing with Islam, woman’s rights and the fixity of Saudi society in the era of globalization — see, for instance, the beauteous Negatives. Raja, as one of the most acclaimed novelists and dramatists in the Kingdom, provides texts to accompany and interact with her sister’s creations. In 2011, they were honored as the first ever artists to represent Saudi Arabia at the Venice Biennale. 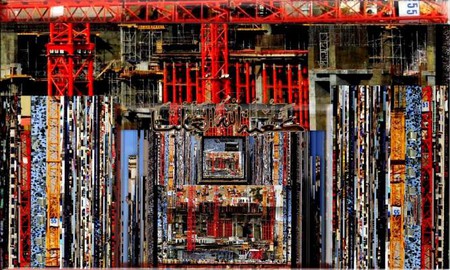 Although raised in (and a long term resident of) Saudi Arabia, Ayman Yossri Daydban was born in Palestine and is a Jordanian national. Much of his work, which ostensibly deals with Palestine history, is concerned with his search for an identity, both as someone caught between nationalities and as one of the country’s few artists without a prior or parallel career. His Subtitle series, which place Arabic captions on screenshots from non-Arab films, plays with questions of language, translation and comprehension, while the Flag series approximates the Palestinian flag using a variety of materials, each with its own references and connotations. 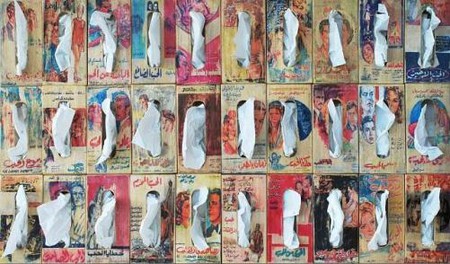 Of all the artists in this article, Dana Awartani is probably the one most inspired by traditional Islamic art, which she studied as a graduate student. Her works utilise geometrical shapes and patterns, tapping into their symbolic value as conveyors of sacred truth and beauty, infinity and unity, and divine creation. Pieces like Al Malaika (The Angels), Thaminya (Eight) and Illumination have a sublime, numinous quality that aspires to stand outside conventional, temporal experience. Awartani also seeks to apply these mystical forms to contemporary society, as in the room-like installation Orientalism.

Faisal Samra is one of contemporary art’s great truth-seekers, aiming to peel back the layers of concealment and subterfuge that dominate modern society and provide a genuine document of life in our time. His early works, in which he transformed perceptions of painting by covering canvases with layers of matter and mutated their form, sought to redefine the notion of painterly space and artistic sensation. Recent works, which have concentrated on film and photography, have continued this focus on texture and feeling while seeking to evoke the processes by which information is digested in contemporary life.

Museum
Facebook
Email
Twitter
Pinterest
Copy link
Share
Map View
Noura Bouzo is one of the most prodigious figures in the Saudi art world, co-founding and directing the country’s first arts magazine at the age of 23 and launching Saudi Design Week earlier this year. She is also one of its most playful artists. Her recent exhibition A Miniature (Af)fair used twenty-first century commercial objects, such as toys and designer shoes, to depict legendary and sacred events. Arab history becomes a market commodity; Noah’s Ark carries television puppets and marketing characters, and even calligraphy — once used to touch the divine — is transmuted into meaningless baubles. Other works, largely paintings, cast a droll eye on modern Saudi society.
Open In Google Maps
12 Korte Leidsedwarsstraat, Amsterdam-Centrum Amsterdam, Noord-Holland, 1017 RC, The Netherlands
+31624282884
Visit Website
Give us feedback

A graphic designer by training, Sarah Al-Abdali began her career pioneering street art in her hometown of Jeddah, now the center of the Saudi art scene. Her graffiti, which angrily denounced the mutation of Mecca from holy city to commercial metropolis, was a plea for the disappearing heritage and history of Hejaz, works both radical and conversationalist, drawing equally on Western street art, traditional Islamic calligraphy and geometric art. More recent work, such as the drawings Four Wives, has focused on the inequalities facing Saudi women, especially in the one-sided practice of polygamy.