Reaching for the Sky: Three Record-Breaking Skyscrapers in Saudi Arabia

Saudi Arabia now boasts some of the tallest buildings in the world. Three buildings in the region have broken records, but their construction has been met with criticism from the Arab world.

In April 2013, construction began on what will be the tallest structure in the world, the Kingdom Tower in Saudi Arabia. At 1000 metres tall it will be the first building to reach the 1 kilometre mark and heralds the dawn of a new class of super-tall buildings. Initially designed to be 1,600 metres (one mile) tall, the height was reduced when the geography of the area was deemed unsuitable. Once completed, it will still be significantly taller than any other skyscraper to date. It will be over twice as high as the Petronas Towers in Kuala Lumpur and nearly 3 times as high as New York’s Empire State Building. 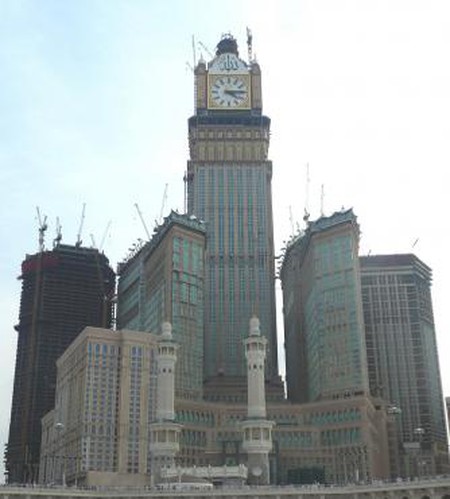 The Kingdom Tower is the largest of an ambitious series of buildings currently springing up throughout Saudi Arabia. The Abraj Al-Bait Towers, also known as the Mecca Royal Hotel Clock Tower in Mecca is another record-breaking complex. It contains the world’s tallest hotel, boasts the world’s largest building floor area, and at its centre is the tallest clock in the world with the largest clock face in the world. The hotel tower became the second tallest building in the world in 2011, only surpassed by Dubai’s Burj Khalifa. Controversially, the complex sits just meters from Islam’s holiest site, the Masjid al-Haram which houses the Kabaa. The Towers, containing a luxury hotel and giant shopping mall, now dominate pilgrims’ view of the site. Before construction could even begin, the historic Ayjad fortress, an Ottoman fort built in the 18th century, was completely demolished to make way for the development, sparking outcry across much of the Islamic world. 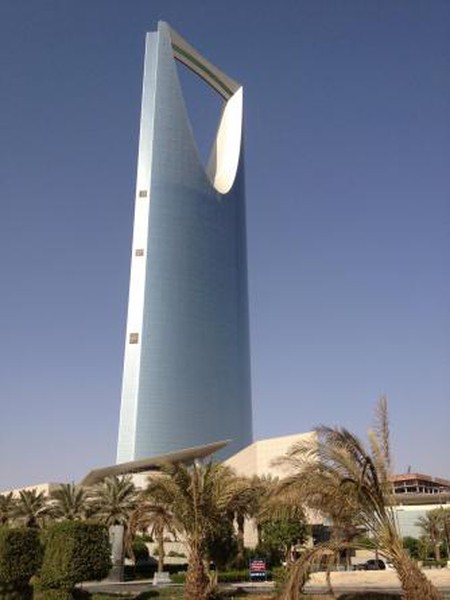 The second tallest building in Saudi Arabia is currently the Kingdom Centre in Riyadh, which opened in 2002. In stark contrast to the imposing architecture of the Abraj Al-Bait Towers, the Kingdom Centre’s elegant design won it the 2002 Emporis Skyscraper Award, selected as the ‘best new skyscraper of the year for design and functionality’.

While huge constructions like the Kingdom Tower and the Abraj Al-Bait Towers have attracted criticism for being ostentatious or being relevant only to the global super-rich, the Saudi Royal Family and government have made bold moves to draw international attention. They hope that in the long run such developments will lead to financial success and help to diversify the nation’s economy, as well as to provide a sense of pride for its citizens.