Racing Around the World With Extreme E Driver Jamie Chadwick 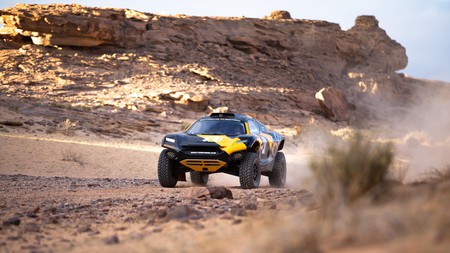 Groundbreaking motorsport series Extreme E is set to challenge every convention associated with professional racing. Jamie Chadwick will compete in the inaugural season for Veloce Racing, and the young star tells Culture Trip about the challenges she faces on the road, and the exciting global outlook of the climate-conscious series.

With the first race of Extreme E taking place in April 2021 in Saudi Arabia, there were concerns that the global pandemic could end up delaying the start. The unique format of the race series sees teams of drivers competing in high-performance electric vehicles in five spectacular locations around the world. The series is most definitely going ahead, however, as the self-contained nature of the teams, combined with a distinct lack of crowds – which is understandable when you realise that the races will be held in places such as the wilds of Greenland and the deserts of AlUla – means that Extreme E is about as Covid-proof as any global event can be. 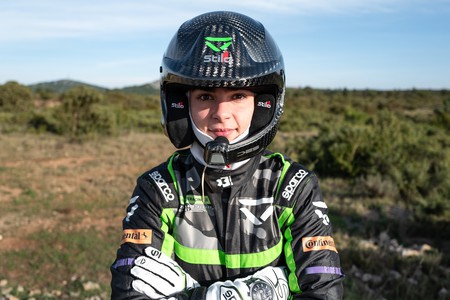 To tell us more about what role gender equality will play in a sport where each team is composed of one male and one female racer, as well as sharing her own travel highlights, British driver Jamie Chadwick talked about what lies ahead.

Jamie Chadwick [JC]: I think it’s the first championship that really does promote gender equality and environmental issues, so that definitely makes it very different to anything we’ve seen in motorsport before. Also to see these electric SUVs going head to head off-road in these mad locations I think is going to make it a pretty cool championship to be a part of.

CT: Is it the perfect time for a series like this to take place?

JC: Definitely. I think the series is promoting gender equality, which is really topical in motorsport at the moment, as we’re pushing to get more girls involved in the sport, but also the environmental issues that it’s raising awareness of. I think it’s definitely something very topical in motorsport at the moment, and it’s so exciting to be a part of such a new and innovative championship.

CT: Extreme E has made a great effort to represent male and female drivers. What will we see in terms of how the teams operate, and how will that be different from other forms of motorsport?

JC: I think it’s going to show how important the teamwork and the team dynamic between the two drivers will be. It will be the combination of the two drivers that is going to make the difference and decide if we win or lose. We’ve got to work hard together, and we’ve got to make sure we both are operating at the highest level with the team, so this adds a different element, and it’s rare that you see a dynamic between teammates where we want each other to be as quick as possible. In other forms of motorsport, you’re trying to beat your teammate, so it’s exciting in that sense and I’m really lucky with Stéphane, my teammate at Veloce – he’s great to work with and I think we make a really strong pairing. 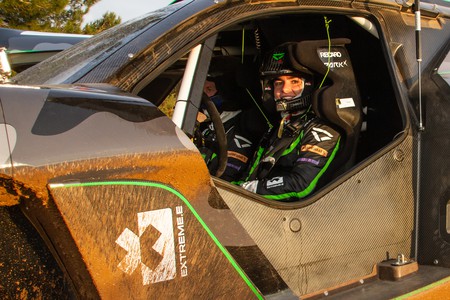 ‘For me, the aim is still very much to compete at the top level of motorsport’ | © Veloce Racing

CT: Things are obviously getting better in motorsports in terms of seeing more female drivers promoted up the ranks. What aims do you have for the future, and what changes do you think still need to happen?

JC: For me, the aim is still very much to compete at the top level of motorsport. Extreme E in its own right is one of the highest levels I have raced at, but I’m also aiming to get to Formula One one day and represent women at the highest level. In terms of changes that I think need to happen, I think the main thing is getting more girls involved at a junior level. The sport is still heavily male-dominated, and the amount of girls who get through to the top level is really next to none, so I think the main thing that needs changing is promoting grassroots motorsport to get more young girls involved.

CT: What lessons can other forms of racing learn from Extreme E?

JC: I think the main thing is that nothing seems to be off limits. They are exploring every option to make the championship as exciting as possible, and of course the awareness they are raising for environmental issues as well as gender equality is unlike any other motorsport, so there’s definitely a lot to learn from Extreme E.

CT: How have you trained for such a unique season?

JC: Training-wise, I’ve just been making sure I get up to speed as quickly as possible for off-road; it’s the first championship that I’ve raced in that’s not circuit racing, so it’s a completely new challenge. I’m just trying to adapt as quickly as possible to this difference in terrain. A lot of training has gone in behind the scenes to help me, but I’m also doing as much as I can with the team and my teammate, to be as prepared as possible for the first race. 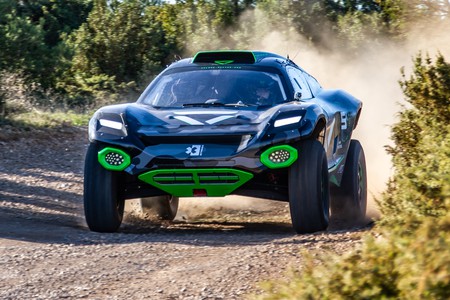 CT: What makes the Veloce team stand out for you?

JC: I’ve been a part of the team for a long time in a different role. The main thing about Veloce is the fact that they are young and up and coming, they are the underdogs and the new kids on the block. They’re all really ambitious and I share that quality with them. I think they are like a family, so to be able to utilise that dynamic and work together and work harder than anyone else is what’s going to make the difference.

CT: What parts of the season are you most looking forward to?

JC: All of it, to be honest – the first race in Saudi Arabia will be one of the biggest highlights for me, but also Extreme E’s legacy projects where we’re trying to do our little bit for the environmental issues in those locations. For example, we’re going to be helping the turtles on the beaches in Saudi Arabia and doing our bit where we can, so it’s cool to incorporate that into the racing, which is something I’ve never done before.

CT: Tell us about each of the locations the season will visit.

JC: I think it’s quite an exciting calendar because Saudi Arabia is the only location that I’ve been to before. Obviously, that’s where the first race is held, then we go to Senegal, which is a place I’ve never been, for the Ocean X Prix, Greenland for the Arctic X Prix, Brazil for the Amazon X Prix and Argentina for the Glacier X Prix – so all very different locations with different challenges, but I’m looking forward to being able to visit all of them. 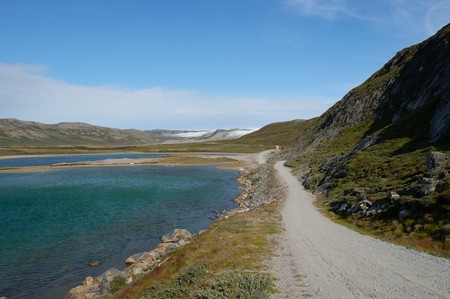 The Arctic X Prix will be held in Greenland | © Extreme E

CT: Which locations are you most excited about?

JC: The Amazon X Prix in Brazil is going to be really exciting for me, but I think the first round is the one that I’m most looking forward to – I can’t wait to get going in Saudi Arabia.

CT: Will there be much time for you to explore the places you visit this year?

JC: Generally, whenever you travel for racing, you end up seeing the track, the hotel and the airport, so you don’t always get much opportunity to explore, but with the legacy programmes that Extreme E are running and the places that we’re going being so remote and different, I’m hoping there will be more opportunities to see what the different locations have to offer and get a bit more involved.

CT: Can you tell us about some of the special projects planned in each race destination, aimed at giving back to the community?

JC: In Saudi Arabia we’ll be supporting the Red Sea Turtle Climate Resilience Project, which is really exciting, and in Brazil we’ll be replanting 100ha (250 acres) of native forest with the Nature Conservancy. All of the projects are working with such worthy causes and are going to leave a positive impact in each location. 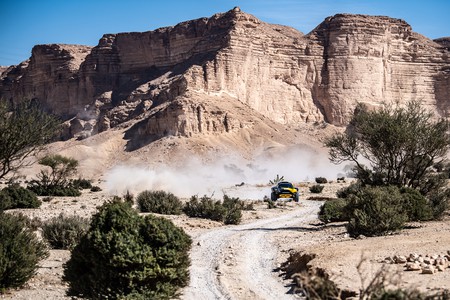 CT: Do you enjoy travelling? Tell us about some of the favourite places you’ve been to.

JC: I really enjoy travelling. Like I mentioned, it’s rare that you get to explore some of the places that we’re lucky enough to go to, but I really like sometimes being able to take a few days either side of a race weekend to see what the places have to offer. I really enjoyed India and Thailand that I visited last year; I think there’s still a lot of places I’m looking forward to seeing, and Extreme E definitely visits some of them.

CT: If you could take a road trip anywhere in the world, where would it be, and why?

JC: I would say New Zealand. I was lucky enough to go there at the beginning of last year and it’s an incredible country. By car is definitely the best way to do it – the roads are spectacular and the landscape is incredible as well, so that would definitely be my choice.

CT: What would you drive on such a road trip?

JC: That is a very easy answer – a Porsche 911 Singer. Old-school, naturally aspirated and just an extremely beautiful car.

CT: What are your travel essentials that you have to take with you wherever you go?

JC: That’s a good question. Wherever I go in the world, I don’t necessarily take specific things with me, but I always have to go to a place that has good coffee and good food – that’s all I worry about!