Gate to Mecca: How Jeddah’s Oldest Neighbourhood Earned Its Name 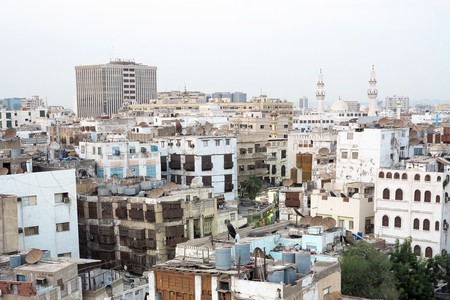 Jeddah has been a thriving port city since early Islamic times, and Al Balad, the UNESCO-listed neighbourhood of Old Jeddah, has remained largely unchanged despite its surrounds undergoing centuries of development. Culture Trip’s guide to Al Balad unravels the city’s profound history, and rounds up the best things to do here today.

In 2019, the Crown Prince of Saudi Arabia pledged $13.3 million dollars to preserve the neighbourhood of Al Balad (‘the town’ in Arabic), also known as the Gate to Mecca, downtown Jeddah or Old Jeddah. The neighbourhood is listed as a UNESCO World Heritage Site for its tangible and intangible cultural offerings, and its historical architecture stands in stark contrast to the rest of ultra-modern Jeddah.

What is Al Balad?

While some evidence shows that its existence dates back to pre-Islamic times, when tribes of fishing people first started settling in the region sporadically, it wasn’t until later that it became a thriving city in the 7th century Islamic caliphates. During this time, Al Balad was established as a seaport to receive pilgrims to the holy city of Mecca, and to facilitate regional commerce, connecting routes across the Indian Ocean from the 16th to 20th centuries. Today, it is a thriving multicultural neighbourhood, housing souks (open-air markets) that still exist as they did centuries ago, alongside 19th-century wooden homes, all against the backdrop of the glistening Red Sea. 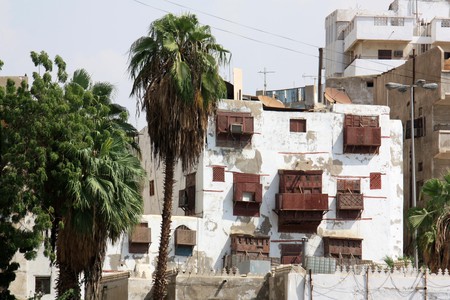 Why is it called the Gate to Mecca?

Since the early Islamic caliphates, Al Balad has played host to millions of pilgrims who travelled across the Indian Ocean on the way to the holy city of Mecca. They travelled mainly from North Africa and South and Central Asia, making their way into Old Jeddah via the city’s bustling port. Just 75 kilometres (47 miles) from the holy city, Al Balad became a meeting point for Muslims from around the globe, and was soon nicknamed the Gate to Mecca.

Though not to be confused with the Quran Gate on the outskirts of Mecca, Al Balad is also home to Bab Mecca, a historic gate that has become a popular tourist attraction.

During the early 1500s, when Jeddah was part of the Egyptian Mamluk Sultanate, a fortified wall was built around the city to protect it from potential attacks from the Red Sea. The wall, which is believed to have been built by the residents of Jeddah at the time, had forts, towers and cannons to repel any attacking vessels. There were also a handful of gates through which people could enter or leave the city.

The walls have long since come down, but some of the gates remain today, and others have since been replicated as a nod to the city’s history. One of the main gates, known as ‘Bab Mecca’ because it faces the holy city (and bab is Arabic for ‘gate’) still exists today – a gate to Mecca within the Gate to Mecca. 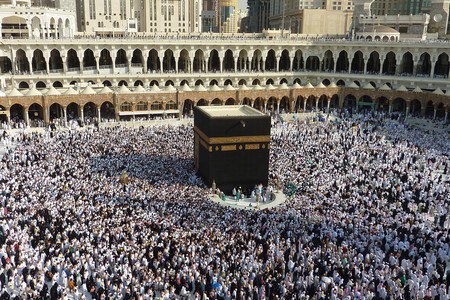 What are the best things to do in Al Balad?

Any walk around Al Balad can become a lesson in art and history, as the neighbourhood is characterised by its distinctive architecture. Small coral-stone houses are dotted among wooden housing towers that were built by wealthy merchants in the 19th century.

The buildings are a sight to behold, with creaking balconies – intricately carved and sometimes painted in bright colours. Some of the town’s oldest towers have become museums, including the must-visit Nasseef House, which features elaborate architectural elements including wooden lattice windows, Islamic calligraphy carvings and stairways that are made to accommodate donkeys and camels. 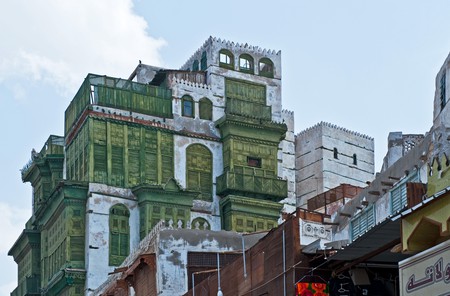 Al Balad is also home to a number of monuments, heritage buildings, souks, open squares and mosques. Masjid al Shafi’i, or the Shafi’i Mosque, dates back to the time of third Caliph of Islam, and is the oldest mosque in Jeddah. It is built in traditional Fatmid style (from the period 970–1171 CE), designed with intricate Islamic calligraphy on the walls and bright colours and patterns that make it stand out from most mosques in the city.

Souk Al-Nada in Al Balad is another tourist favourite and one of the most popular traditional markets in Jeddah. Established more than 150 years ago, the souk is especially busy during Ramadan, when most residents visit to buy ingredients for use in iftar (the fast-breaking meal) throughout the holy month.

Al Balad’s cemetery is also a significant part of the neighbourhood. Not only is it the oldest graveyard in the country; local folklore also says that Eve (Hawwa in Arabic) is buried here. In fact, it is believed that the name ‘Jeddah’ originates from this belief; Jeddah is Arabic for ‘grandmother’ and local legends say that the biblical and Quranic grandmother of humankind is buried in this town.