A Pilgrimage’s Progress: How Mecca’s Mega-Projects Changed the Hajj 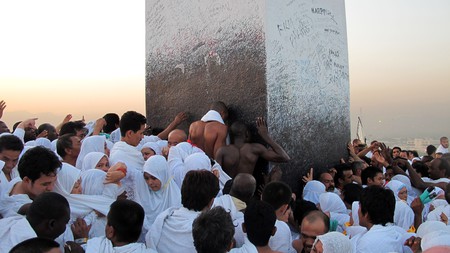 Once a series of labyrinthine, mud-brick streets, Mecca today is a gleaming metropolis of skyscrapers and concrete slabs. The $100 billion poured into facilities and infrastructure has allowed the city to host the 3 million Muslims who undertake the hajj every year – but are these changes causing more harm than good?

Mecca has long had a special significance. The spiritual centre of the world’s second-largest religion, off limits to all non-believers, the city is the focus of the rituals and devotions of Muslims across the globe who, five times daily, kneel to pray in the direction of the city’s Grand Mosque.

Much of Mecca’s enduring importance derives from the concept of the hajj – the ritual pilgrimage to Mecca that takes place during six days in dhu al-hijjah, the last month of the Islamic calendar. One of the five essential pillars of Islam, undertaking the hajj is considered a duty for all Muslims who are able, physically and financially, to make the journey. 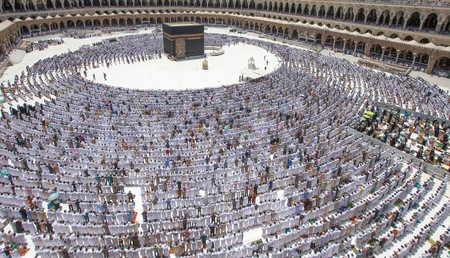 In centuries past, the hajj was a gruelling, frequently fatal undertaking, with those who survived the desert often falling prey to bandits or disease. The celebrated 12th-century Arab geographer Ibn Jubayr took two years to complete the pilgrimage, noting the bones of the faithful that littered the route, from Andalusia to Jeddah. Two centuries later, the great Moroccan traveller Ibn Batuta went on the hajj and didn’t return home for 24 years.

The advent of air travel (the first dedicated hajj flight arrived in Mecca from Egypt in 1937) revolutionised the pilgrimage, making Mecca accessible as never before. In 1920, just 58,000 made the pilgrimage. By 2018, around 3 million were visiting every year. 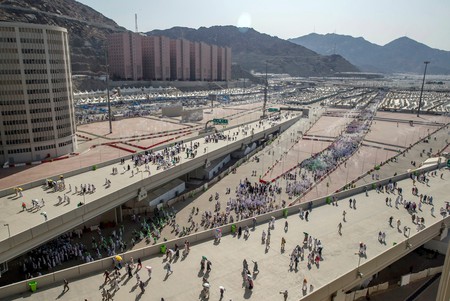 How has the hajj affected Mecca’s historic landmarks?

The phenomenal growth of the hajj industry has been accompanied by similarly radical redevelopments in Mecca itself. The labyrinthine old mud-brick streets of the city have been transformed over the past decade into a glittering mass of skyscrapers and concrete slabs, with the area around the Grand Mosque now studded with dozens of five-star hotels, including several in the extraordinary Abraj al-Bait clocktower-skyscraper, the world’s fifth-tallest building (“Big Ben on steroids,” as it’s been described), which now looms over the Grand Mosque itself. 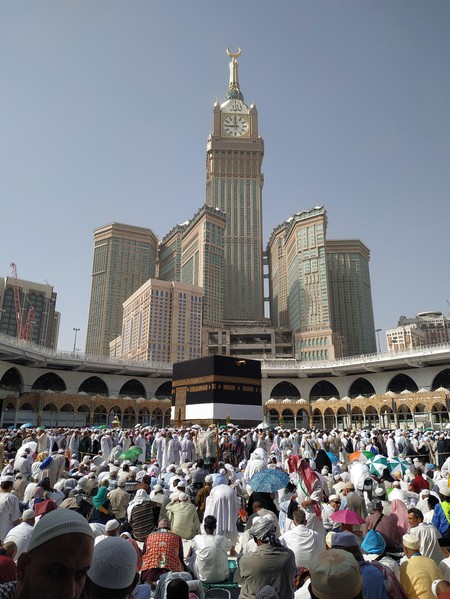 Mishkat Hasan of Hasan Travel in London has been performing the hajj yearly since the age of 13 and describes some of the changes he’s witnessed. “We used to stay in classic little hotels right opposite the Grand Mosque, very old and dilapidated, with broken wooden windows and beds under mosquito nets. The problem was that as the years went by more and more people wanted to go. The Saudi authorities just couldn’t handle the numbers and didn’t have the accommodation. So they brought in the big hotel brands and then they built these enormous towers and went up and up and up. There wasn’t any other solution, because people want to be near the Grand Mosque and otherwise you’d have to walk miles. Obviously it doesn’t look that nice in front of the mosque, but it was all done with good intentions.”

It’s an emotive and controversial subject. Critics lament the obliteration of Mecca’s historic landmarks. The Abraj al-Bait itself stands on the location of the Ottoman-era Ajyad fortress of 1781, demolished in 2002 to international condemnation. Elsewhere, another five-star hotel (the Hilton) now sits on the site of the house of the Prophet’s revered companion Abu Bakr, while that of Muhammad’s wife Khadijah has been replaced by a block of public toilets. 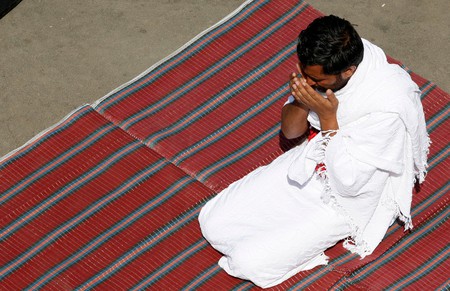 A Muslim pilgrim recites the noon prayer in Mina, near Mecca | © Hassan Ammar/AP/Shutterstock

Another criticism is that recent developments have created a two-tier pilgrimage, with wealthier pilgrims enjoying unrivalled city-centre comforts and those from poorer nations banished to the edge of the city.

“It’s true,” says Hasan, “that pilgrims from poorer countries generally stay far away from the Grand Mosque in very minimal accommodation.” And though five-star hotels are certainly not accessible to all those less privileged pilgrims undertaking the hajj, their negative impact on Mecca and Medina is somewhat overstated, according to Hasan. The bulk of the obligatory hajj observances are actually performed outside Mecca, with all pilgrims accommodated in the vast, egalitarian tent city at Mina, far away from the five-star high-rises. 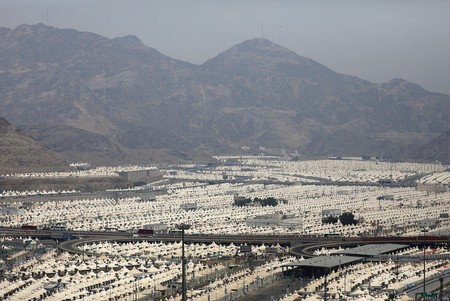 The city of Mina is wholly egalitarian, made up of tents | © MOHAMMED SABER/EPA-EFE/Shutterstock

In addition, all pilgrims, however wealthy or poor, perform the same rituals, dressed in the same clothing (for men the ihram, two simple pieces of unstitched white fabric), erasing economic distinctions and creating a sense of unity.

And despite the controversy, even ardent critics recognise the determination with which Saudi authorities have met the enormous logistical challenges of processing 3 million pilgrims through the sacred sites in a single week, as well as the $100 billion poured into facilities and infrastructure in order to avoid events such as the tragic Mina stampede of 2015, during which over 2,000 pilgrims died. Most agree that visitors, both poor and rich, now benefit from conditions that are safer and more comfortable than ever before. 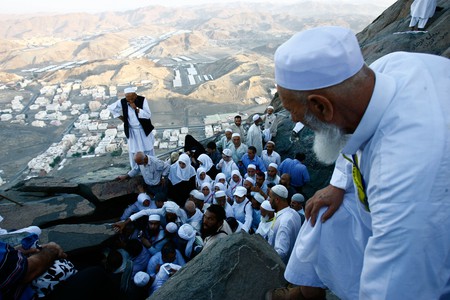 Modern developments aside, the essential nature of the hajj appears to remain undimmed for all those who are lucky enough to perform it. As Hasan puts it, the experience is indescribable. “The way [the] hajj brings everyone together. You’re all the same, all wearing the same two pieces of white cloth. You could be kneeling next to a prime minister and you’d never know. Seeing people from every corner of the globe, the whole human race, joined together, just praying together, worshipping God.” 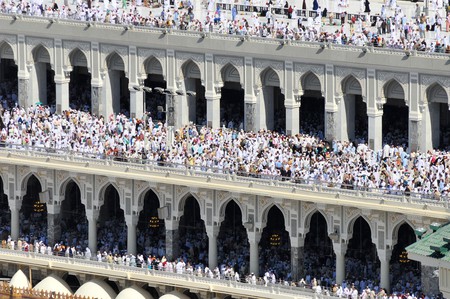