10 Writers Who Risked All For Freedom of Speech

Many countries around the world have freedom of speech allowing their citizens to speak out without fear of prosecution. Unfortunately, there are many other countries that do not afford these same rights to their citizens. If one of these places doesn’t like what someone has said or written, writers can find themselves in prison or even worse, dead. From past writers to present-day activists, here is a list of ten people who have risked or who are risking it all. 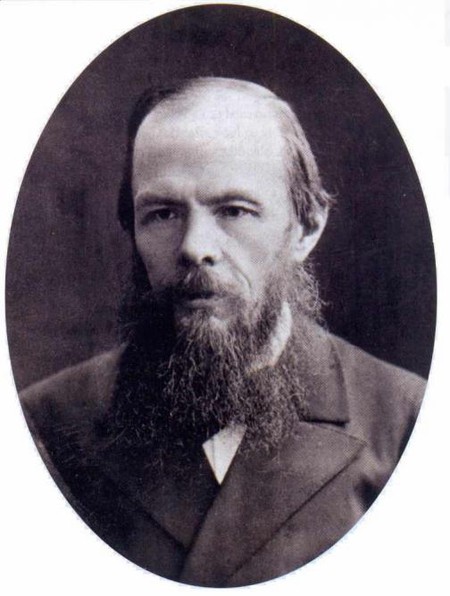 Fyodor Dostoyevsky was a brilliant Russian novelist and short story writer. In addition to his novels and short stories, Dostoyevsky was also known to write essays critiquing the government of his time. Inspired by the new civil liberties afforded Europe, he joined a group of intellectuals — Petrashevsky Circle — some of whom had similar ideals as himself. Dostoyevsky along with other members of group were arrested on April 23, 1849 and sentenced to death by firing squad. They were led to Semyonovsky Square on December 22; however, it was a ‘mock execution’ that was part of their punishment — they thought it was real. Dostoyevsky was eventually released from prison and went on to write Crime and Punishment. 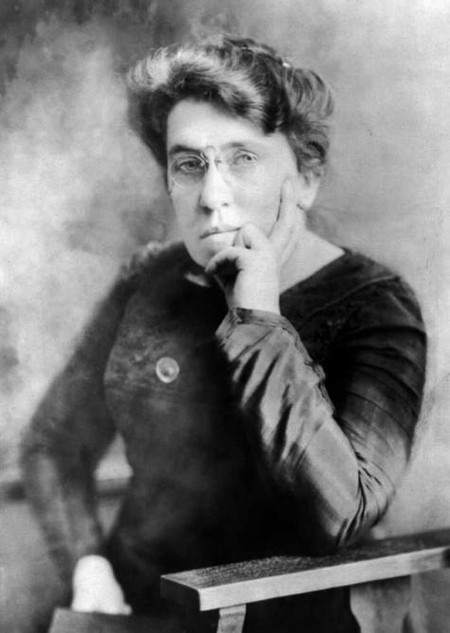 Born in 1869 in present-day Lithuania, Emma Goldman was a woman who was not afraid to speak her mind. A feminist, atheist, and anarchist, Goldman, who immigrated to the USA in 1885, spoke out on many issues of her day including birth control, free speech, women’s equality, and many others. Her radical beliefs (for the time) and actions saw her imprisoned and deported. Indeed, she spent time in jail for handing out pamphlets on birth control, which was illegal at the time. In 1917, she went to prison for trying to prevent young men from entering the military. Shortly after she was released, she was deported. 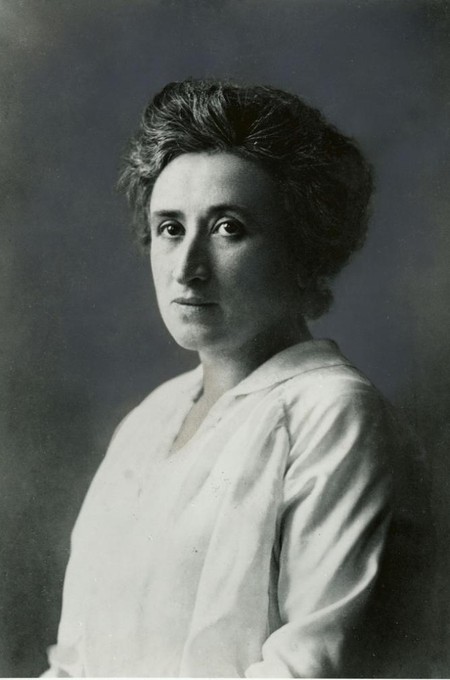 ‘Freedom is always the freedom of the dissenter. Not because of the fanaticism of ‘justice’, but rather because all that is instructive, wholesome, and purifying in political freedom depends on this essential characteristic, and its effects cease to work when ‘freedom’ becomes a privilege.’ These are the vital observations of one Rosa Luxemburg on the subject of the Russian Revolution. Born in Poland in 1871, she moved to Germany two decades later and became a leading voice in the country’s (and the continent) left-wing politics — as a revolutionary socialist, philosopher, and economic theorist. Her untimely death in 1919, murdered on the orders of the German chancellor, sealed her status as one of the legendary figures of European socialism, and activism in general.

Avijit Roy was a Bangladeshi-American activist, writer, and blogger who was passionate about secularism. As an atheist, he often spoke of science and spoke out against injustice, intolerance, and the Iraq War. He created the online website MukatoMoto in 2001 as a place where he and other freethinkers could share their writings. In addition to the website, Roy also wrote ten books throughout his lifetime on topics such as the ‘creation of the universe from a scientific point of view,’ love, and homosexuality to name a few. Many extreme religious fanatics did not like what Roy had to say. In February 2015, Roy and his wife, Bonya Ahmed, visited Bangladesh, and while walking home from a book fair, they were attacked by machete-wielding assailants, killing Roy and seriously injuring his wife. 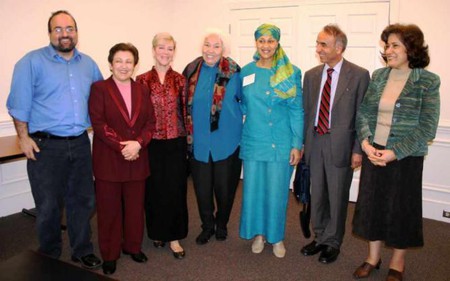 A feminist and human rights activist who is not afraid of speaking her mind, Nawal El Saadawi has written numerous books throughout her life focusing on the problems women face not only in her homeland but also throughout the world. Born in Egypt in 1931, El Saadawi lost her job at the Ministry of Health when she published her book Women and Sex, which criticized female genital mutilation, was jailed because of her political views, and has received numerous death threats over her beliefs in general, which also include speaking out against religion fundamentalism. At the age of 83, El Saadawi continues to be vocal and stands up for what she believes. 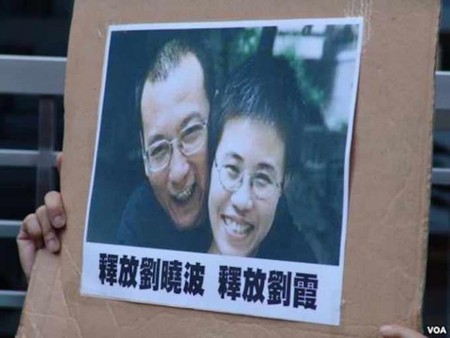 Liu Xiaobo is a Nobel Peace Prize winner from China. Winning the prize due to ‘his long and non-violent struggle for fundamental human rights,’ Xiaobo who is 55 years old is currently in prison for co-writing a manifesto in which he suggested that the Chinese government should begin to shift toward a democracy. This belief will find Xiaobo in prison for 11 years, and this isn’t the first time he’s spent time in prison for standing up and writing about what he believes. He was sentenced to two years in prison for participating in the student protests at Tiananmen Square in 1989 and three years in a labor camp for speaking out against the one-party system in China.

A former police officer, Ta Phong Tan is a journalist and blogger who created the blog Cong Ly v Su That, or Justice and Truth. Speaking out against the corruption and rights violations that she witnessed when working in the police force, Tan lost her membership in the Vietnamese Communist Party but that didn’t stop her from voicing her concerns. She was eventually arrested for her writings and was sentenced to a ten-year prison term. Thankfully, Vietnam released her on September 19, 2015 after serving three years of the term, and she is now living in exile in the USA.

An Iranian democracy activist, poet, author, and educator, Arzhang Davoodi has been sentenced to death in his home country for criticizing the country’s human rights conditions. Speaking out in Forbidden Iran, a documentary, Davoodi was arrested in 2003 and was sentenced to 15 years and 70 lashes; however, in 2011, the government increased the sentence by 14 months due to statements he made while imprisoned. The sentenced was once again increased to 20 years and eight months in 2013. Now, he — a non-violent person — has been declared a moharabeh, or enemy of God, and sentenced to death.

From Homs, Syria, Tal al-Mallohi is a 24-year-old student, poet, and blogger who has written poems and other writings about social and political issues plus freedom, tolerance, and peace. In 2004, the Damascus State Security Court sentenced al-Mallohi to prison for five years for ‘divulging information to foreign state’; however, the court never provided any evidence. It’s not understood why she was targeted, as she has no known political affiliations. She is currently in prison where there are concerns for her health and wellbeing. 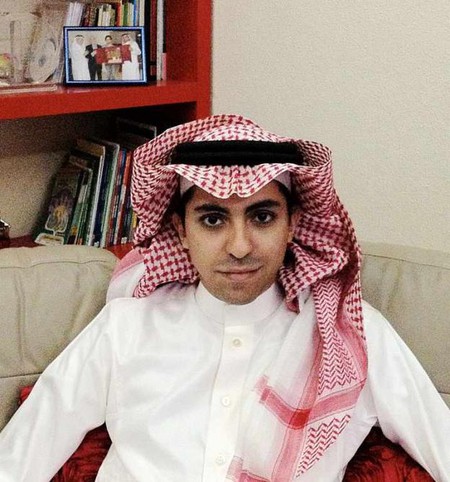 Raif Badawi is a Saudi Arabian writer and activist who, like many writers on this list, is currently behind bars. Arrested in 2012, he was convicted of insulting Islam through his blog. He was originally sentenced to seven years in prison plus 600 lashes, but in 2014, it was increased to ten years and 1,000 lashes. His case was taken to the Saudi Supreme Court where it was upheld, and in early 2015, his wife, Ensaf Haidar, told reporters that the court wants to retry him for apostasy. If he is found guilty, he could be beheaded.