As part of a huge drive to improve higher education, Qatar has spent the last ten years encouraging international universities to set up external campuses on the outskirts of Doha, the nation’s capital. In 2011 University College London became the first British university to enter the scheme, joining the six US universities and one French university. 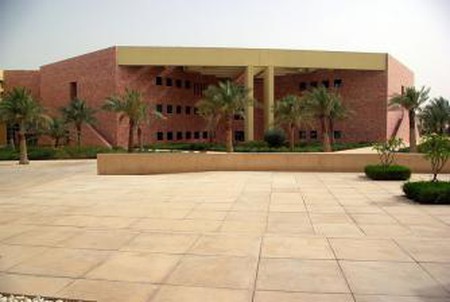 The foundation of the Education City is part of a continuing commitment to progressive policies in Qatar as they hope to move focus from an oil-driven economy to the education of the local and international community. Since rapid modernization of the oil-rich Gulf States has called attention to the politics and practices of the nation, Qatar’s government has begun a series of initiatives which are designed to improve, according to international standards, the services available to the Qatari people.

All of the Universities teach almost exactly the same courses as their home-based campuses, and they are taught by professors belonging to the university’s faculty, so one might say that Qatari students are receiving an international education, even whilst living at home. Whilst Qatar may have wanted to buy prestige through Education City, commentators point out they may have also bought a liberalizing influence from the international institutions.

The project was largely driven by Sheikha Mozah bint Nasser Al Missned, the wife of Qatar’s Emir and a politically active woman who strongly advocates education for women. For female students, the opportunity to receive a co-ed education, which would normally be discouraged in the region’s more conservative states, has been offered. Cornell’s campus, opened in 2001, was Qatar’s first co-educational centre of higher learning. It is moves like this which have cemented Qatar’s reputation as a comparatively liberal enclave in the Middle East that is keen to bridge international borders.

Each university course has been carefully selected by a committee to provide the most benefit to Qatar and the wider region, with options centering on engineering – for the hydrocarbon industry that still dominates the economy – medicine, and journalism, which has a recent, but strong, heritage in Qatar. Doha is also the home of Al-Jazeera, the most popular Arabic news network, which, despite being owned by the state of Qatar is known for avoiding censorship and contributing to free speech. The addition of the UCL campus in 2011 now brings courses in archaeology, conservation, cultural heritage, and museum studies to the area. With Qatar’s National Museum set to re-open in 2014, restored by French architect Jean Nouvel, it looks as though some of the latest graduates are set to help with the massive project of developing and exploring Qatari culture for the next generation.