A Guide to the Best Malls in Doha 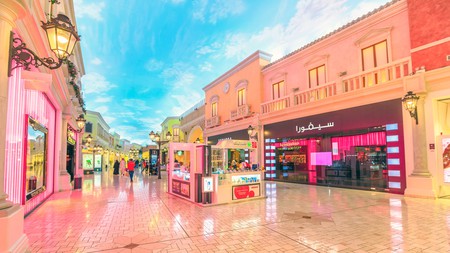 Shopping malls in Doha are extravagant attractions in their own right, like the Villaggio Mall | © Benny Marty / Alamy

Shopping in Doha is an experience of its own. The Qatari capital has an eclectic mix of elegant and extravagant malls, offering everything from indoor canals to concerts in addition to unparalleled shopping. 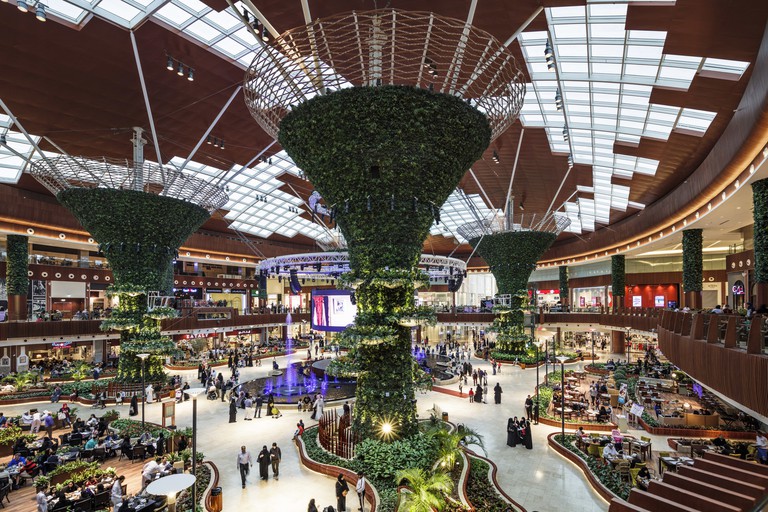 Opened in 2016, the Mall of Qatar combines high-end shopping with leisure and entertainment options that will leave you spoiled for choice. Escape the burning heat and stroll through miles of air-conditioned avenues as you peruse upwards of 500 shops. The 500,000-square-metre (124-acre) shopping centre also houses more than 100 food outlets ranging from fast food joints to local and international cuisines. When you’ve had enough of shopping, head to the massive 19-screen cinema complex to watch a movie. Enjoy a game of bowling at one of the mall’s many bowling alleys, or head to the kids play zone if you’re visiting with little ones. But the most impressive feature is perhaps the Oasis. The enormous central space acts as a stage for year-round entertainment from circus shows to dance troupes. 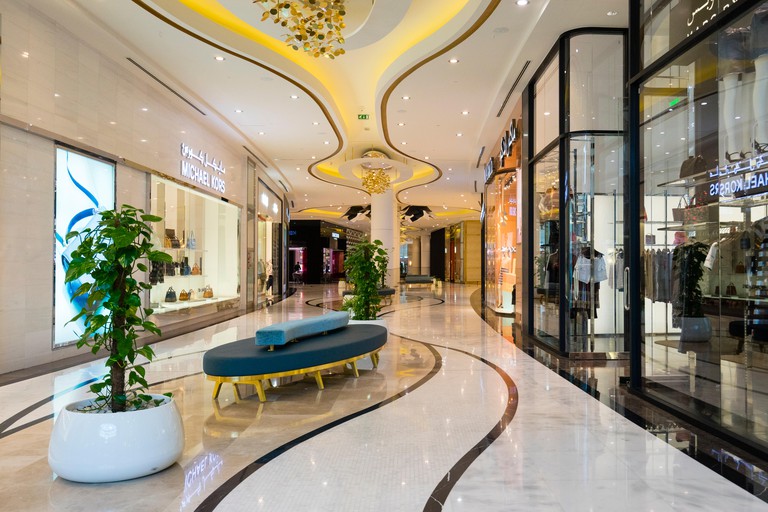 Lagoona Mall gets its name from the sparkling sapphire waters that surround it. Located in Doha’s affluent West Bay, it is another one of Qatar’s wealthy shopping outlets, appealing to a clientele that are in search of designer labels, jewellery and high-end experiences. When the weather is right, the mall’s European-style piazza makes for perfect al fresco dining, dotted with outdoor patio seating, sculptural canopies and wood pergolas. 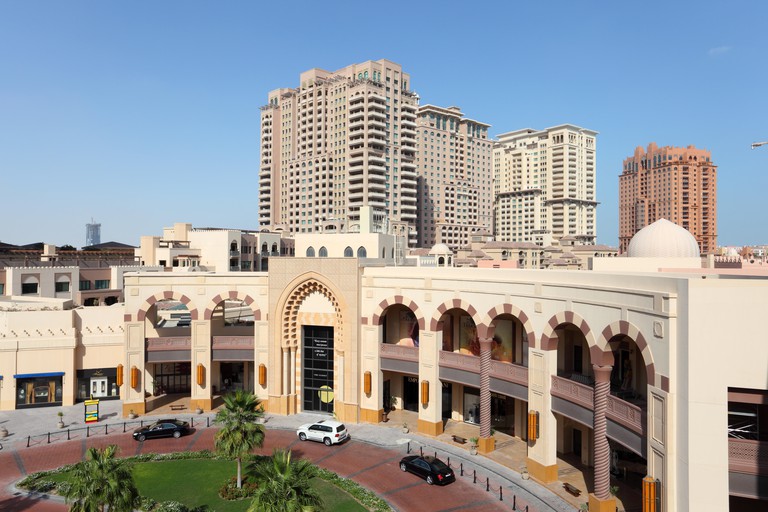 If you’re on the hunt for high-end shopping experiences in Doha, a visit to Qatar’s luxurious man-made island is a must. The Pearl features the kinds of shops you would find on Rodeo Drive – from Hermès and Versace to Rolls Royce and Ferrari. But those looking to simply window shop should also visit as there is plenty to experience at the mall and the nearby marina. Take a stroll along the waterfront and gaze in awe at the private yachts and luxury residences before heading to one of the celebrity chef’s restaurants like Pampano for a delicious meal. 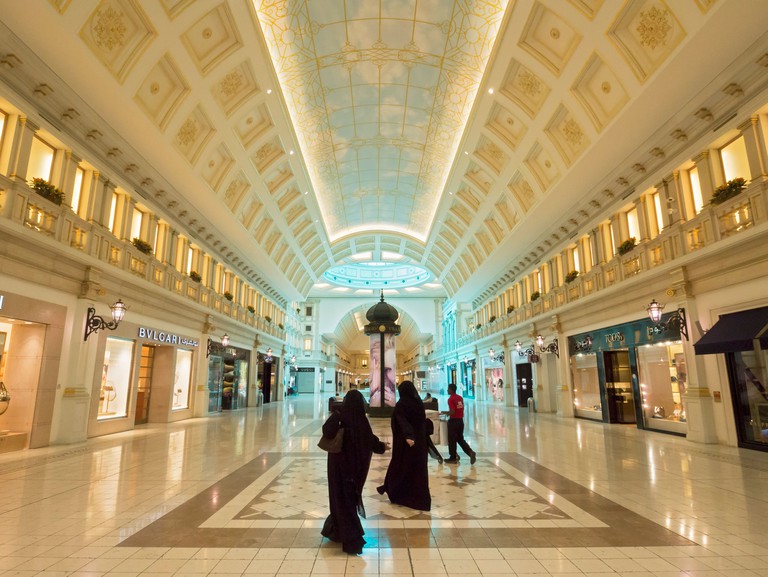 When in Doha, why not experience a bit of Venice by visiting the Villaggio mall? Complete with canals and gondolas, the mall has striking architecture and features glass domes as well as marble floors and walls to make for a one-of-a-kind shopping experience. Located in Aspire Park (a large sporting complex), the Villaggio is home to a good mix of high-end and high street stores like Louis Vuitton, Christian Dior, H&M and Zara. In addition to the 200 stores, food outlets and a cinema, the mall also has an indoor ice rink that is popular with tourists and locals alike. 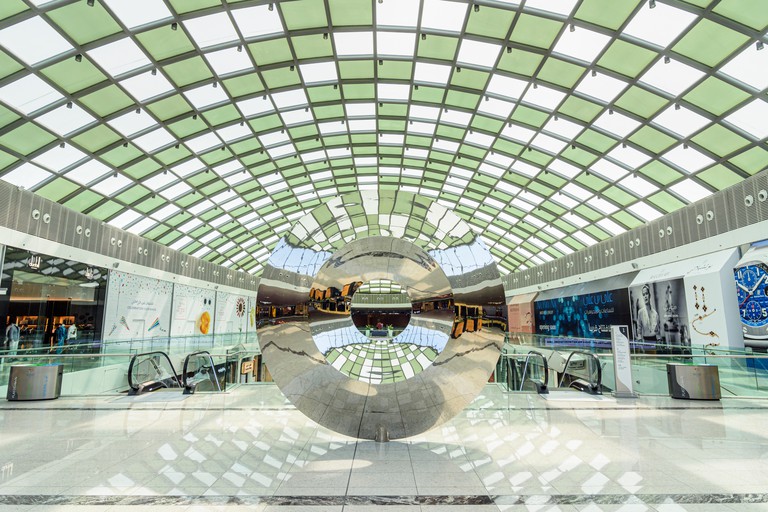 Like many cities in the Middle East, Doha has a so-called Festival City that combines shopping with all sorts of entertainment options for the whole family. Located in the north of Doha, Doha Festival City is a sprawling 600,000 square-metres (6,500,000-sqare-foot) mall that houses all the major brands including the luxury British brand of Harvey Nichols. As the name implies, there’s more to Festival City than just shopping as it features great entertainment, such as the country’s biggest cinema complex, which includes Qatar’s first VOX 4D screens. If you’re looking to have fun at a park while there, stop by Angry Birds World, Snow Dunes or Virtuocity – Qatar’s first gaming space.

Ezdan Mall is spread over three locations in Qatar: Al Gharaffa, Al Wakrah and Al Wukair, all of which are still fairly close to central Doha. The Al Gharaffa branch is spread over three floors and has over 200 stores. While the malls all offer shopping experiences, they also host events and exhibitions that showcase Qatari culture.

Dragon Mart is something of an institution in Doha. Often called “Little China”, it has evolved from a simple indoor marketplace to one of the most popular shopping venues in Qatar. There are over 150 Chinese companies and 300 shops located within the mall, selling pretty much anything you could possibly imagine. This includes household items, furniture, electronics, clothes, cosmetics, building materials and electrical products. If you ever want to bulk-buy products or shop for obscure items you can’t find anywhere else, then Dragon Mart is the place for you. 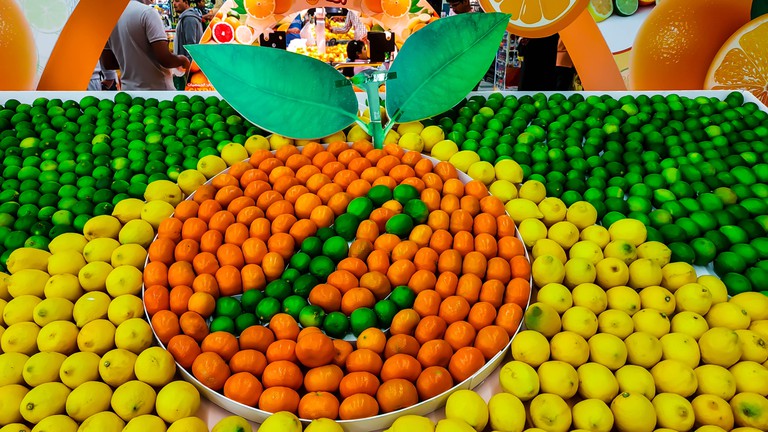 This is where you need to go to experience shopping like a local. A department store containing 188 smaller stores, you can find clothes, souvenirs, home furnishings, beauty products and everything in-between. And the market is also a good spot to find traditional local outfits like abayas and traditional home decor. At times a little garish and kitsch, you’ll find an interesting selection of exotic fruit, meats and sweet treats to sample.

If you’re looking for something a little more in keeping with Qatari traditions, Mirqab Mall is the place for you. It’s located on one of Doha’s oldest and most famous shopping streets where, historically, locals would come to stroll along from shop to shop. Though still indoors, Mirqab has been kept as open as possible, with large glass windows and promenade entrances creating a casual open-air feel that sits safely within air-conditioned spaces.