A Complete Guide to Qatari Cuisine 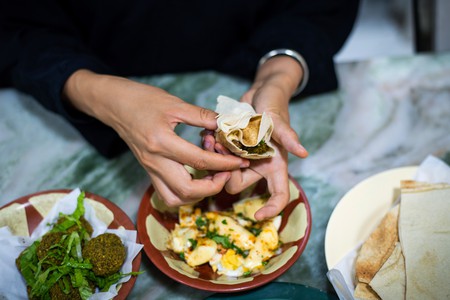 Sampling Qatar’s local fare offers a fascinating insight into the flavours and dishes typical of the region. Traditional cuisine in Qatar reflects the cultural diversity of the country, with many dishes influenced by Indian, Iranian and North African cuisines, while also borrowing national delicacies from across the Gulf. 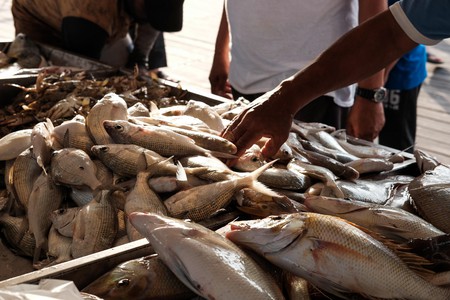 Standing proud on the Persian Gulf, Qatar’s fish and seafood offerings are plentiful so expect to see a variety of options as you peruse restaurant menus. Be sure to try the local fish – hamour – which is available in most restaurants and can be served whole or as part of a rice dish or spicy stew.

Originally from Saudi Arabia, machboos (also known as majboos or kabsa) is widely regarded as the national dish of many Arabian countries. Similar to biryani, the mixed rice dish is spicy and served with vegetables and either meat or seafood. Often eaten for lunch or dinner, machboos is a great dish to serve to large groups of people.

Camel meat is an important ingredient in Qatari cuisine, and can be found on the menus of many of the country’s restaurants and hotels. It is usually served as a cut – such as a steak – in a stew or in a rice dish, such as machboos.

In some neighbouring Arabian countries, camel milk (and camel-milk ice cream) is readily available and sold in shops, at kiosks and in cafés. The ice cream is deliciously rich and sweet, so if you get a chance, give it a try.

Ghuzi – or shuwaa – is a typical Iraqi dish consisting of slow-cooked lamb stuffed with nuts, raisins and rice. It can be prepared by roasting a whole lamb, or burying it in a pit with burning charcoal to get a smoky flavour. 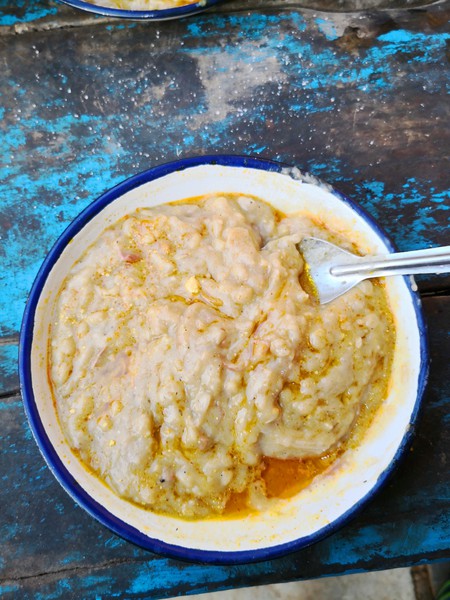 A traditional Arabic dish, harees can be eaten for either lunch or dinner | © Abdulla Ahmed / Getty Images

Harees is a traditional dish often eaten during Ramadan, Eid and other special occasions in Middle Eastern countries. Similar to porridge, it is made of beaten wheat, meat (often chicken) and butter, and is often garnished with cinnamon or cardamom. 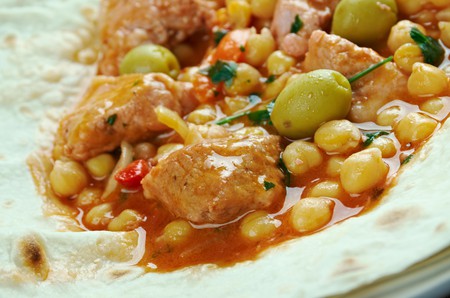 Another popular stew consumed during Ramadan, tharid is often referred to as the Arabic lasagne. The dish, also known as thareed, combines potatoes, beans and meat in a spicy tomato sauce that is served over a thin, crispy bread known as regag. 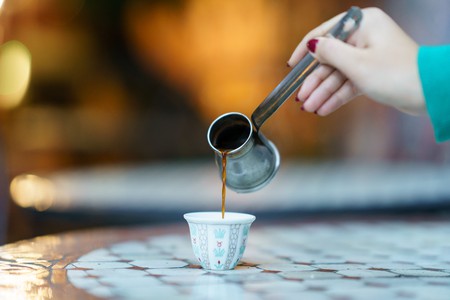 Arabic coffee is an essential part of Qatari culture, and should only fill a quarter of the cup | © Nrqemi / IStock

Arabic coffee – or qahwa, as it’s known in Qatar – is a unique drink made from Arabica coffee beans. Often flavoured with cardamom or saffron, it can be found at most cafés, coffee shops and hotels. Qahwa is traditionally served as a welcome drink from a traditional coffee pot called a dallah and poured into a tiny cup called a finjaan. The coffee, when poured, should fill only one-quarter of the cup, as it is the local custom – it’s considered an insult to fill the cup to the top – and so that it’s not too hot to drink. 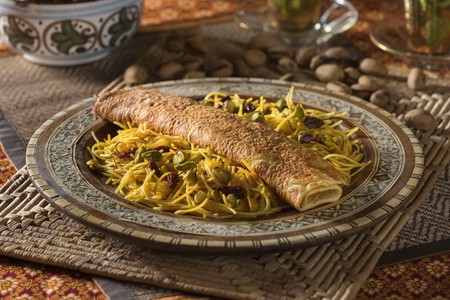 A popular breakfast and dessert option, balaleet can be sweet or savoury. This traditional dish is made with vermicelli noodles sweetened with sugar, cardamom, rose water and saffron, and served with an omelette. Consumed in many Arabian countries, it’s often served during Eid as the first meal of the day. 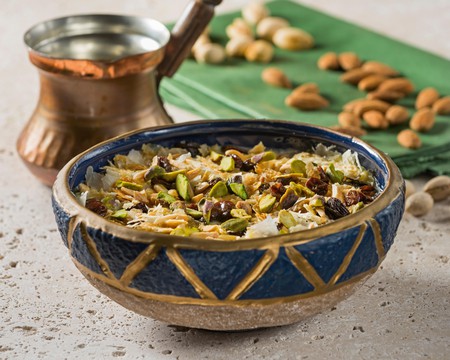 Umm Ali translates to ‘Ali’s mother’, and was named after the wife of the ruler of the Ayyubid Empire in Egypt who used to make it for her husband | © Simon Reddy / Alamy

Umm Ali or om Ali – meaning ‘Ali’s mother’ – is an Egyptian dessert that is popular across the Gulf. Served hot, this sweet bread pudding with nuts and raisins can be found on most restaurants’ menus in Doha. Similar to umm Ali is mouhalabieh, a sweet Lebanese milk flan that is infused with rose water. 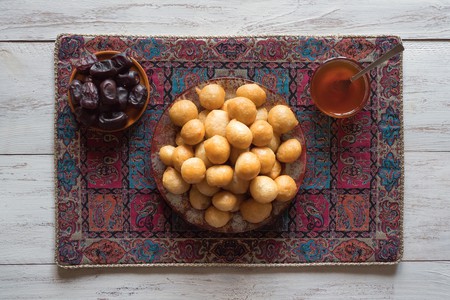 Luqaimat are small, deep-friend dumplings which are then dipped in sugar | © Stanislav Sablin / Getty Images

Luqaimat or lokma – translated as ‘bite-sized’ – is made by combining butter, milk, flour, sugar, saffron and cardamom to create small dumplings that are then deep-fried and dipped in sugar, syrup or honey. These sweet, crispy treats are popular during Ramadan and can be picked up from mall stalls and souq vendors. 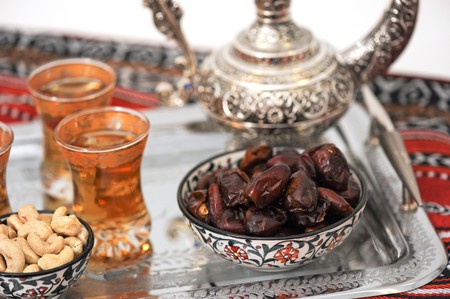 You can’t talk about Qatari cuisine without mentioning dates, also known as the ‘fruits of paradise’. Date palms can be found throughout the Middle East and dates are hugely popular across the region. There are many different varieties: from sweet, flaky khudri dates – the most popular in Qatar – to sufri dates, which are soft and chewy and allegedly have medicinal properties. For something a little different, try dates covered in chocolate, date syrup, date candy or even date slush! There are entire shops exclusively dedicated to these local delicacies.