Writing from the Diaspora: Raba’i Al-Madhoun’s The Lady from Tel Aviv 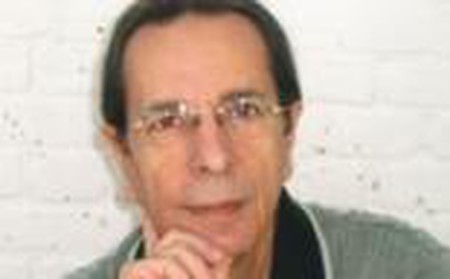 Raba’i Al-Madhoun’s The Lady from Tel Aviv is a meditation on the experience of diasporic peoples and their often complicated relationship to their homeland. It focuses on the experience of Palestinian refugees and is based on Al-Madhoun’s own experiences of being separated from his home, and the subsequent emotional and cultural dislocation. Ruba Asfahani met Al-Madhoun, who discussed his work at the Shubbak Festival in London. 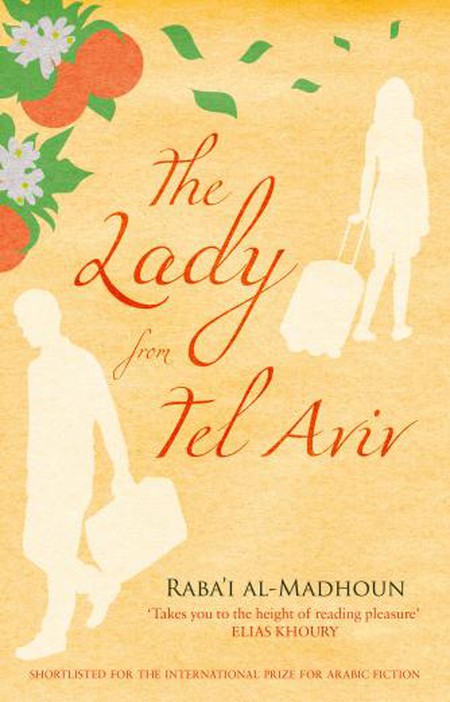 ‘You are not in Palestine – you are in Israel. Never forget it.
I will not forget it – not even if I had been born on the very land where this airport now sits, not even if they discovered my forefathers’’ bones buried under this terminal. They will wink and nod at my being British. They’ll even tell me how smart it is to be British.’

One of the most captivating chapters of The Lady from Tel Aviv by Raba’i Al-Madhoun comes at a point where the main character, Walid Dahman, has finally arrived in Palestine after a thirty-eight year hiatus. Walid was unable to return for many reasons, but the most important thing is that he is going back. And he’s nervous, excited, anxious and scared. In this novel, we are given a short glimpse as to how complex the journey of a Palestinian returning to his homeland can really be.

The Lady from Tel Aviv is a book within a book. Walid is a journalist and author (like Al-Madhoun himself) who needs more inspiration for his next book about Adel El-Bashity, the character who also wants to return to Palestine, but to find his long lost love. It’s a commanding tale and one that expresses flashes of wit, sorrow and reflection.

Al-Madhoun himself is a shy, quiet and reserved man. When we met, we mainly talked about his personal story rather than the contents of his book. I was astonished to hear about what the man had gone through, so much so that I was left without words by the end of his life story.

When he told me that his experiences in life are unique and that ‘not many people have all these experiences in one life’, I thought that he was exaggerating… and then he began. Born in al-Majdal in Palestine in 1945, Al-Madhoun was made a refugee at the tender age of three. For sixteen years he lived in the camp at Khan Younis and the first time he put a pair of shoes on, he was the ripe old age of eleven. In 1956, he witnessed first-hand the slaughter of two hundred and fifty people at Khan Younis and almost a decade later, he travelled to Egypt for his studies, three months before the six-day war. At this point, I was astounded that someone had been through so much but was discussing it so candidly. 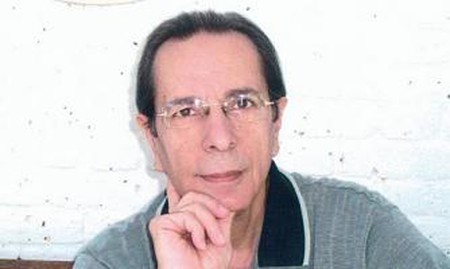 It turns out he has already published a memoir of sorts, but in Arabic. The Lady from Tel Aviv is his first book published in English. Continuing, he tells me about how he was deported from Egypt and went to Syria; from there he went to Jordan and witnessed Black September in 1970. I won’t go into detail as to the rest of his story as it would need its own essay but let’s just say, it involved him moving between Syria, Iraq, Lebanon, Cyprus and even Moscow, before he got to London in 1993 where he has been residing ever since.

After meeting Al-Madhoun and hearing more about his life, The Lady from Tel Aviv takes on a whole new meaning. In the book, I found myself sympathising with Walid’s character as one who is naturally anxious to return to Palestine. He doesn’t even know how he will feel; will he want to stay or will he want to escape back to London as soon as he can? Walid is obviously based on Al-Madhoun himself and as he reiterates, ‘you can’t take fiction too far from reality’.

Al-Madhoun has a knack of truly drawing you into his story. From the humorous moment on a London tube to the saddening instants where Walid is reunited with his childhood friend.

The Arabic edition of The Lady from Tel Aviv was published in 2009 with a limited run. It became extremely popular, albeit with a limited few who called him a traitor, and to this day, Al-Madhoun still communicates with his readers who wish to discuss it with him more. He even had the chance to return to Palestine in 2010 for a number of events and then again last year where he visited Ramallah for the first time and spoke at the Mahmoud Darwish theatre.

I will be the first to admit that I’m not an expert in literature, and even less of those in translation, but after reading the book, my main issue was the title. The Lady from Tel Aviv describes Danah Ahova whom Walid meets on the flight back to Palestine. What I couldn’t understand was why such a minor character (in my eyes) got the accolade of titling the book. But after speaking to Al-Madhoun, it became clear; ‘in Arabic, the setup of the book is different. Walid’s character dominates the first section of the book; it is his thoughts, his experience. Then in the second, we see it from Danah’s point of view. I created alternate narrators and even used the Hebrew language. I had three sections but in English it was changed to just have one narrator’.

It would have been interesting to have a direct translation and not change the layout completely. Al-Madhoun specifically chose to include both aspects of the Israeli and Palestinian voices, but in the English we have it all from Walid’s perspective. Having said that, The Lady from Tel Aviv is a powerful novel. I found myself completely immersed into Walid’s life and his return to Palestine. As a second generation Lebanese, I have witnessed my parents returning to their homeland and being overwhelmed as they found it hard to recognise people or places. Having been born in London, I am fortunate to not have to experience this but with Al-Madhoun’s words, you will be incapable of escaping the deep-rooted and long-lasting emotional suffering that the diasporic communities across the world have to go through.

Ruba Asfahani is a specialist in Modern and Contemporary Arab Art. Having worked at Sotheby’s in the Middle East Department for almost four years, and Artspace London as Art Director for a year, she is currently managing events for The Arab British Centre before embarking on her PhD in October 2013.

The Culture Trip showcases the best of art, culture and travel for every country in the world. Have a look at our Palestine or Middle East sections to find out more or become involved.