Where to Find the Best Hummus in the West Bank

From bandora cuisine previous pop up dinner #VisitPalestine/Bandora_Cuisine/Instagram
In a place where hummus constitutes the lifeblood of the population and is traditionally eaten for two of the three meals of the day, it is fair to say that all hummus in Palestine is made to the highest standards. As a general tip, any hole-in-the wall filled with locals tucking into bowls of the stuff, along with falafel and fuul, is a safe bet for a tasty meal. That said, there are some hummus institutions that outshine the rest, providing a heavenly-tasting, budget-friendly and truly authentic baladi meal. Here’s the best of the lot.

A day of sightseeing in the holy city requires adequate sustenance – and Jerusalem has a fantastic selection of traditional hummus joints up to the job. Abu Shukri, located on the Via Dolorosa in the heart of the Old City, is a true hummus institution. Established way back in 1948 and now run by the founder’s grandson, Abu Shukri still makes its hummus the traditional way, stewing the chickpeas overnight before blending them with tahini, olive oil and fresh lemon juice, made to order. There are no menus, as guests choose simply between a topping of pine nuts or fuul – mashed fava beans. There is also a second branch in the East Jerusalem neighbourhood of Beit Hanina.

In the Christian Quarter of the Old City, close to the Church of the Holy Sepulchre, lies Hummus Lina, another historic hummus restaurant. You can choose your hummus topping, such as masabaha (warm whole chickpeas) or fuul, and all dishes come with a classic side of pickles and a stack of warm pitta.

Outside the Old City walls, in the bustling Arab neighbourhood surrounding Salah al-Din Street, Abu Ali has been serving up bowls of hummus for local customers for decades. Its patrons are loyal to its particular version, which is rich in tahini and lemon juice, making for the smoothest and creamiest hummus around.

Located mere strides away from the Church of the Nativity in Manger Square, Afteem provides perfect, homely respite from a day of seeing the sights of the biblical city. Having perfected all the Palestinian classic dishes, such as warm masbaha and crisp falafel, Afteem is hugely popular among both locals and tourists. Its rich hummus is puddled with local olive oil.

Located behind Ramallah’s labyrinthine fruit and vegetable market, Abu Walid can be tricky to find at first, but ask a handful of locals and you will gradually be pointed in the right direction. As well as top-notch hummus, this local joint serves other tasty classics, like fuul and kalayat bandoura – spicy stewed tomatoes, to which ground lamb can be added. Arrive with an empty stomach and be prepared to feast, as you will want to sample everything on the menu! 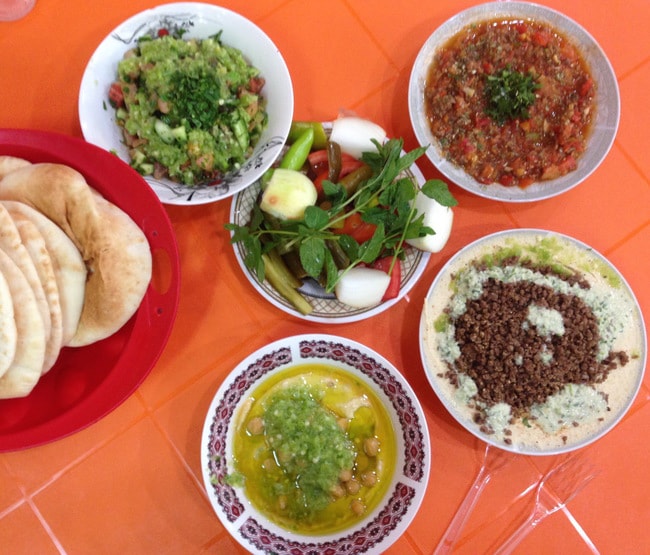 Known for the quality of its olive oil, there are many reasons to believe that Nablus is the food capital of the West Bank. Head to the string of local restaurants on Rafidiyeh Street and you will see why – care is taken even over the most budget street food. A touch more upscale but still popular with locals, Rozana Restaurant, also on al-Rafidiyeh, serves up all the Palestinian home-cooking classics, so along with your hummus you’ll want to try some stuffed vine leaves and kubbeh. Sahtein!

A host of good street-food eats are nestled around Hebron’s bustling souq. Of note is Abu Salah, known principally for its excellent shawerma, but also serving excellent hummus to hungry locals and tourists alike.

A local favourite, Mustafa’s comes highly recommended for classic hummus and falafel. Simple but high-quality food with purse-friendly prices, Mustafa’s is an essential pit-stop for hungry travellers exploring the Dead Sea and its surrounds. 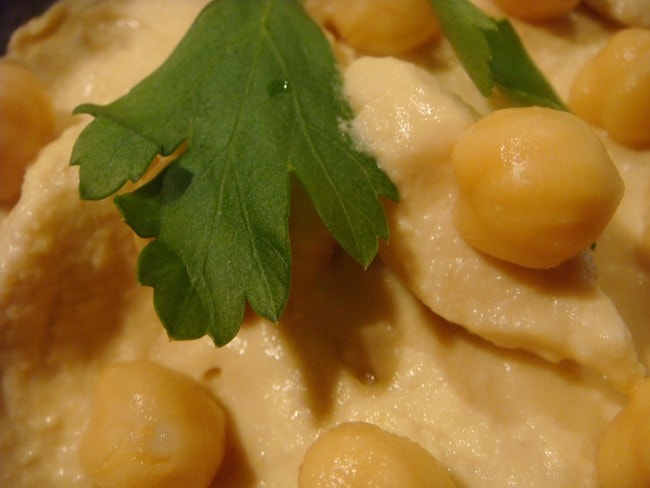