The Best Political Tours of the West Bank

The Wall at Bethlehem | Courtesy of Mary Newhauser/Faith in Faiths

From settlements to separation walls, and checkpoints to army incursions, the West Bank has experienced more than its fair share of political turmoil over the past century. For the politically and socially conscious traveller in the region, there are many opportunities to gain an understanding of what the occupation means to many Palestinians and Israelis through the wide range of political tours on offer. Culture Trip names seven of the region’s best operators.

Hantourism is a Palestinian collective promoting community-based tourism through its wide range of tours on offer, organised in collaboration with local people, making them immersive, engaging and of maximum benefit to the local community. Highlights include the ‘Bethlehem Reality Tour’, which visits Israeli settlements, the separation wall, and the Aida refugee camp, offering an eye-opening introduction into the reality of many Palestinians living under occupation. For the politically-minded, the Qalandiya Tour pays a visit to the infamous Qalandiya checkpoint and refugee camp, providing the opportunity to chat with camp elders about their experiences of the 1948 exodus, and to see the separation wall and the powerful murals that cover it.

A maverick NGO formed of ex-Israeli Soldiers, Breaking the Silence endeavours to speak out against the practices of the Israeli occupation and its forces. They lead two highly popular tours of Hebron city, and of the South Hebron Hills, both politically turbulent areas in part due to the high proportion of Israeli settlers living there. The tours are led by former Israeli combatants who previously served in the region, therefore providing a frank, moving, and eye-opening account of the occupation and of the political situation in the Hebron region. Register online. 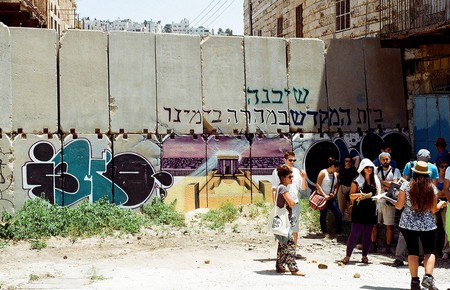 To Be There is a Palestinian organisation comprising of individuals specialising in a wide range of Palestinian issues from human rights to agriculture. They run immersive and participatory seasonal tours, which give a real insight into the political issues that affect everyday life for Palestinians. Tours include a nine-day olive harvest tour in October, where participants stay with host families and take part in the annual harvest, as well as a Christmas tour exploring Palestine’s Christian heritage, and an annual tree-planting tour in February, where participants plant olive trees to replace those destroyed by the occupying forces. Private tours are also available. 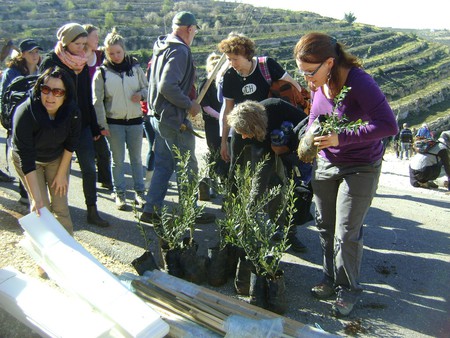 One of the most established tour operators in the region, Green Olive is a Palestinian-Israeli cooperative which aims to promote social enterprise and community-building through tourism. They endeavour to provide maximum benefit to local people by employing and training tour guides, organising home stays, and encouraging business at local fair trade outlets. They run a wide range of tours in both the West Bank and Israel, highlights include a ‘Meet the Settlers’ tour, Jerusalem between East and West, which explores the political situation of the holy city; and a tour of Nablus, Jenin and Sebastia, which includes visits to a youth centre in Balata, the largest refugee camp in the West Bank; and Jenin’s Freedom Theatre, a celebrated refugee youth initiative. Private tours are also available.

With ten years of experience and a list of former clients including former US president Jimmy Carter and renowned writer and activist Naomi Klein, human rights defender and campaign coordinator Mohammed Othman makes for an ideal political tour guide to the West Bank. Mohammed offers both half and full-day tours which can be tailored to suit personal needs, and include lesser-known but equally troubled destinations such as Qalqilya, Salfit, and Tulkarem. Contact Mohammed for more details.

Murad Tours is a Palestinian-run travel company with a large range of ‘alternative’ tours on offer. As well as providing a chance to visit historic landmarks of the Holy Land, Murad aims to lay bare the hardship that many Palestinians live under, as an important aspect of travel in the region. All tour guides are local and specialise in areas such as street art, refugee issues and history, and provide opportunities to meet and have discussions with locals. A highlight includes the 4-day ‘Introduction to Palestine’ tour comprising of visits to five different cities aiming to give a glimpse of life under occupation for Palestinians. For a fully immersive experience, travellers stay with a local family in Beit Sahour, who also provide delicious home-cooked meals. Also on offer for the politically-minded is a Bansky and graffiti tour of Bethlehem. 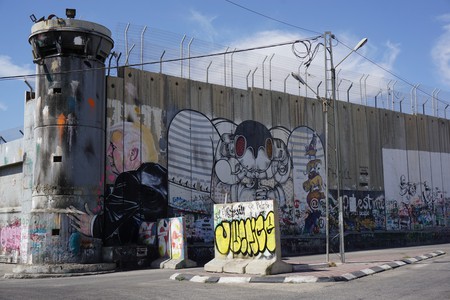 Street Art in Bethlehem | © Courtesy of Mary Newhauser/Faith in Faiths

Jerusalem-based Alternative Tours offer a daily political tour of Jerusalem, covering the pressing issues faced by its residents including the Israeli settlement policy in East Jerusalem and the ever-growing separation barrier, as well as a visit to the settlement of Pisgat Ze’ev, the Shu’fat refugee camp, and the neighbourhood of Sheikh Jarrah, where recently many Palestinian homes have been demolished in order to make way for new settlement homes. Political tours of Ramallah, Qalqilya, Nablus and Hebron are also available. Book a space online.

Beyond Borders boasts alternative tours ‘unlike the rest’, and their one-day whistle-stop tour of Ramallah, Hebron, and Bethlehem is perfect for the time-pressed traveller. Starting off in East Jerusalem, participants pass through the prison-like Qalandiya checkpoint to enter the West Bank, visiting neighbourhoods situated alongside the separation wall before travelling to the PLO headquarters, Yasser Arafat’s mausoleum and a refugee camp in Ramallah. In Hebron, participants meet locals who share their experiences of daily conflict with Israeli settlers, before visiting glass and keffiyeh factories. In Bethlehem, visitors are shown another section of the separation wall, as well as Bansky’s Walled Off Hotel, before heading to the Aida refugee camp. Alternative tours to other West Bank cities are available, and private tours can also be arranged. 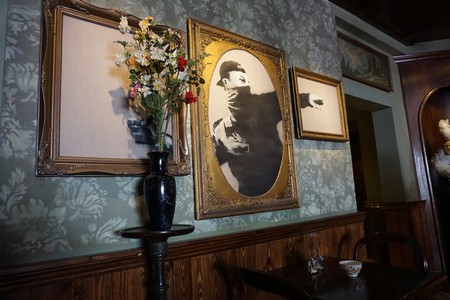