Shadia Mansour: The Voice Of Palestine From South London 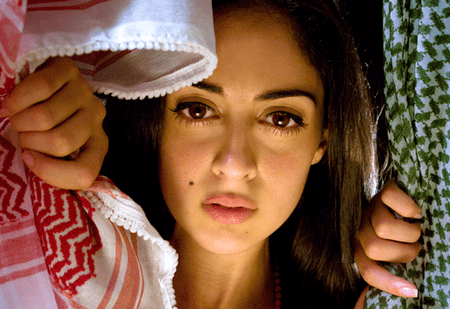 Shadia Mansour embarked on her MC career at the same time as she became interested in the political situation in the Middle East. Speaking out against the Israeli and American occupation of Palestine, Mansour uses hip-hop as her currency of protest.

The daughter of Palestinian parents, Mansour was born and raised in South London but has been influenced by Arabic culture from birth. Attending pro-Palestinian rallies with her parents from an early age, she was known amongst the London Palestinian community for singing classical Arab protest songs.

Bursting on to the hip-hop scene in 2003, Mansour has since been crowned with the title of the First Lady of Arab Hip-Hop. She takes pride in her moniker, explaining, “I see Arab hip-hop as the elected representative of the people, with me as its First Lady.”

The label also has a more literal level of interpretation, because there is a dearth of female Arab MCs in the hip-hop canon: the role of the rapper and the traditional role of women in Arab culture do not overlap. Johnny Juice, one of the producers for Public Enemy, remarked on this, explaining in a Rolling Stone interview that within some more conservative Arab traditions, “the women have to be quiet…but Shadia comes here with a forceful voice.” 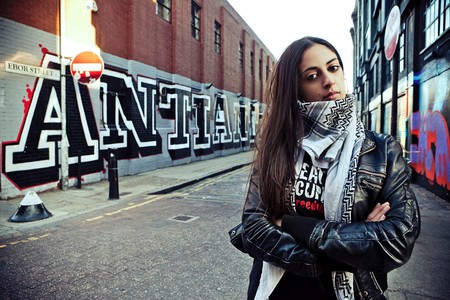 Gender and Music in the Arab World

Using her platform of musical fame, Mansour tackles the thorny issue of gender within Arabic culture. As a member of the Arab diaspora, who has, as a result, had exposure to other cultures, she believes she has a particular responsibility when it comes to challenging the misogyny in some strands of Arab conservatism. One of the ways she has tried to counteract it is by refusing to perform to gender-segregated audiences, which she encountered on her tour of the West Bank. Though she is immensely proud of her heritage, she takes a stand against some details of Arab orthodoxy and actively opposes traditions such as gender separation. She represents a groundbreaking movement for feminism without this taking centre stage, as her prerogative is to be heard as a political voice. Her political solidarity manifests itself in her hip-hop, through which she focuses on Middle Eastern politics, and which she self-proclaims to be a “musical uprising” against Palestinian occupation.

A Crossroads of Cultural Identity & Language

Though Mansour’s voice comes from South London, it speaks out for Palestine. Her intention is to establish and retain the sanctity of a distinct Palestinian national identity. “As Palestinians, and as Arab people,” she explained in an interview with SAMAR, “we have to preserve everything. Our Arabic language, our clothes…it’s a matter of existence.”

Although English is her first language, Mansour raps in Arabic, believing that it represents a unity of heritage and a shared cultural communication across the Arabic-speaking world. She also chooses to perform in traditional Palestinian clothing: a floor length dress with long sleeves and embroidery. In doing this, she rejects the overt sexualisation of women in hip-hop, stating that she dresses in this fashion “because it’s our heritage…we have our own culture, and for me there’s nothing more beautiful”. 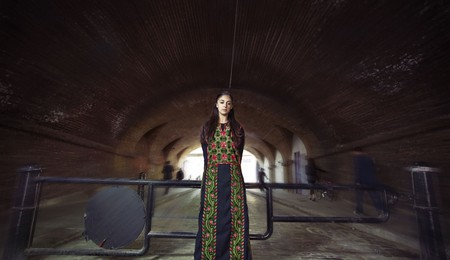 However, the Palestinian MC believes that her national identity is under threat, and it is precisely this fear that inspired her first song, ‘El Kofeyye 3arabeyye’ (The Keffiyeh Is Arab), which features M1 from Dead Prez. The keffiyeh is a traditional Palestinian black-and-white checked scarf, which is globally recognised as a symbol of Palestinian struggle. Mansour wrote the song as an angered response to finding out that replica blue-and-white keffiyehs had been manufactured sporting the flag of Israel. Mansour defines herself as an anti-Zionist, and she voices these personal beliefs through her rap. She introduced the song on stage in New York: “You can take my falafel and hummus, but don’t fucking touch my keffiyeh.”

Unsurprisingly, the song courted some controversy. Glimpsing the scarf sparked a certain rage inside the MC, who believed it represented her heritage and her culture becoming marginalised. “I contribute from a personal perspective,” she reasoned in the SAMAR interview. “They were utilising the symbol and the meaning of the keffiyeh, and calling it the Israeli keffiyeh. And that’s it: that was my inspiration for the song.”

She channelled her anger towards the cultural appropriation of the scarf to also articulate her political views on Israeli occupation of Palestine. Her brand of musical activism is nothing if not opinionated, but is imbued with strength and passion. “My music sometimes sound hostile, because it is my anger coming out and it is resistance. It’s non-violent resistance”.