Hany Abu-Assad on Filming 'The Mountain Between Us' 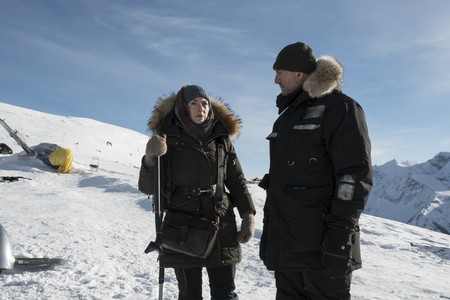 Kate Winslet stars in The Mountain Between Us | © 20th Century Fox

“It was so cold! You have to wear so many layers… we wore a lot of Canada Goose!” That was the unsurprising response from twice Oscar-nominated, Palestinian-born director Hany Abu-Assad when speaking about his latest film, survival drama The Mountain Between Us.

Abu-Assad was born in Nazareth in 1961. His controversial film Paradise Now (2005) won a 2006 Golden Globe for Best Foreign Film and was nominated in the same category at that year’s Oscars. And, more recently, Abu-Assad’s 2013 effort Omar was also put forward for an Academy Award.

The director’s latest film is his first Hollywood production and stars Idris Elba and Kate Winslet as a pair of stranded airline passengers who hire a small private aircraft to get them home when the their commercial flight is cancelled. Disaster ensues when their plane is downed in the middle of nowhere, forcing the strangers to try and find a way of surviving against the odds.

We spoke to Abu-Assad in London, and found out about the challenges of filming in such extreme conditions.

Culture Trip (CT): Did the extra layers of clothing make filming difficult? For example, did it restrict you movement?

Hany Abu-Assad (HAA): It was difficult, yes. We shot a lot in single takes, so we got honest takes, but it made it tricky on a technical level. It was suffering… but let’s be honest, suffering for one month for such a movie is nothing. People work so hard to make buildings, so I don’t want to complain about the cold.

CT: How did you go about finding those amazing locations used in the film?

HAA: There was a lot of looking around. I had to film in British Columbia because of the tax incentives. I must have visited four places, but I fell in love with this one. We got gorgeous images at the end. 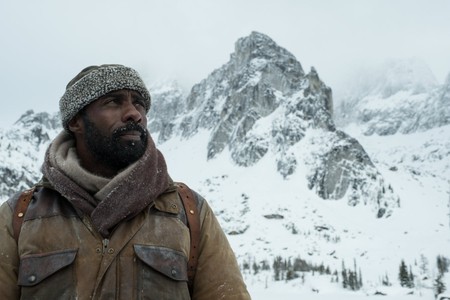 Idris Elba in 'The Mountain Between Us' | © 20th Century Fox

CT: This is the biggest film you’ve done in terms of budget and scale. Was it a different process to the smaller films you’ve made in the past?

HAA: Not in terms of directing. At the end of the day, you still have to get the performances from the actors. If its $2 million or $40 million, it’s still the same job of directing actors.

What was different was the possibilities. If I wanted a helicopter shot, it was possible. If I wanted a big crash in one take, it was possible. With money, you have more room to explore your vision. But you also have to take into consideration the studio and producers, knowing that they want a film for a wider audience. In the past, I just had to satisfy my own taste.

I believe art should be shared with everyone, and especially the ‘common man’. People want to be entertained, so why not give them that? I am more open to that now.

CT: The film starts off as a survival film, but the romance element creeps in with the two survivors. Was that the way you intended it?

HAA: Absolutely. One of the reasons I fell in love with the project was the challenge of that. I spoke a lot with the creative crew and we came to the conclusion that it had to be a fine balance between survival and romance. The audience falls in love with them as individuals and then they fall in love with each other.

CT: Talking of the main characters [played by Brits Idris Elba and Kate Winslet], what did you identify with in them or, even, admire?

HAA: Actually I admired the risk taking of Alex [Winslet] and the rationality of Ben [Elba]. They represent two aspects of humanity, and it was good to show them as equals.

Without spoiling the ending, the choices at the end are not easy and they are hit a lot harder because of it. 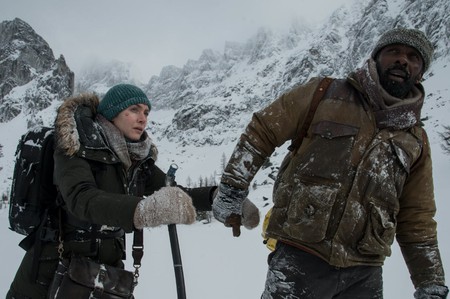 CT: Did you know that Idris and Kate would have that chemistry while you were casting for the film, or does that need to be seen on screen?

HAA: We knew it. People were so excited when I told them we had Idris and Kate together in a film. It feels very original and fresh, and give the film a completely elevated feel.

To direct two main characters in this genre was difficult. One character films are easy and three are easy. Two is very hard, because the risk is that it becomes a play. You have to keep the tension, and they did such a great job. I wanted to watch them even more after filming.

CT: The crash sequence is extraordinary. That also looks very different to scenes I have seen in the past. Was it a difficult shoot that day?

HAA: It was! We had camera movement, focus pullers, airplane experts. It was a joy to watch it back, but we had seven good takes and loads of broken takes.

I was worried that it wouldn’t work. I thought I might have to shoot it ‘normally’, and not in that one take style.

Funnily enough, I didn’t really borrow much from other survival films in this scene or in the film in general. I mean I like Gravity, Castaway and Life of Pi a lot in this genre, but I felt more for the nostalgia of poetic films like Three Colours Blue and other works by Krzysztof Kieslowski.

The Mountain Between Us is on general release from October 6