What to Expect When You Stay at Banksy's Walled Off Hotel 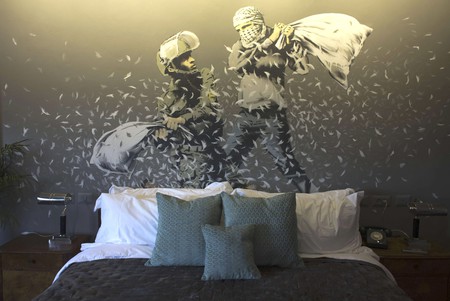 It might have the strangest sales pitch – “the worst view of any hotel in the world” – but Banksy’s Walled Off Hotel certainly makes the most of a bad thing. Here’s what you can expect with a stay at this Bethlehem hotel.

Interested in visiting the Banksy museum? Join Culture Trip’s seven-day tour of the region, which includes a guided visit to the Walled Off Hotel.

In the West Bank, the Walled Off Hotel, the name no doubt a play on both its proximity to the separation wall and the Waldorf Hotel in London, might just be one of the most surreal hotels in which you’ve ever stayed. 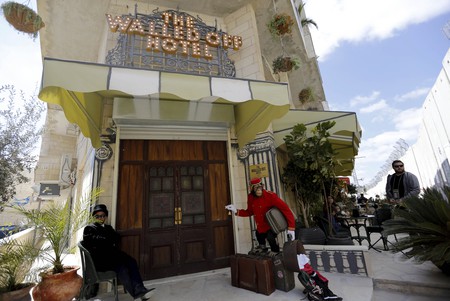 Whether you’re a hotel guest or a curious visitor, the experience on arrival is the same: after being greeted by a chimpanzee at the entrance, you’ll encounter a plethora of Banksy pieces throughout the hotel. The Piano Bar is filled with a righteous cornucopia of Banksy fare, from surveillance cameras mounted like hunting trophies to angels falling from heaven wearing aeroplane oxygen masks. 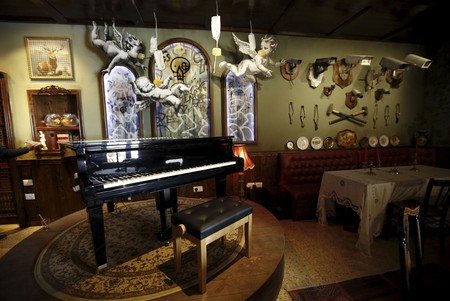 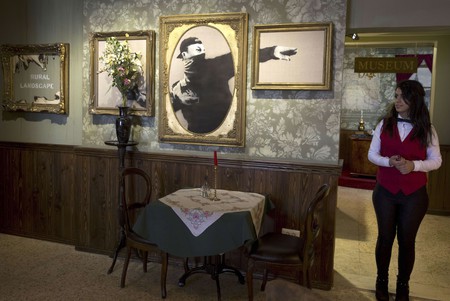 The bedrooms range from budget, which are kitted out with bunkbeds and surplus from military barracks, to a palatial yet kitsch presidential suite. Some have even been individually customised by Banksy and fellow artists Sami Musa and Dominique Petrin. There is often high demand for the room with Banksy’s wall painting of an Israeli border policeman and Palestinian having a pillow fight.

There is often high demand for this room, which has a pillow-fight mural | © Heidi Levine/SIPA/REX/Shutterstock

Should you wish to splash the cash, the presidential suite, which is kitted out with a plunge bath, home cinema and tiki bar, is the way to go. It sleeps up to six, and the hotel website describes it as being, “equipped with everything a corrupt head of state would need.” 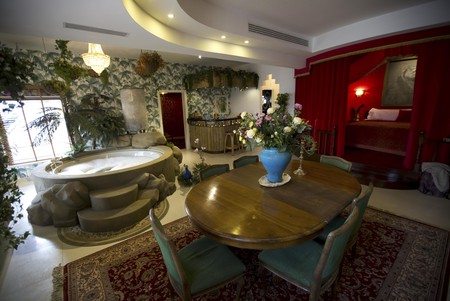 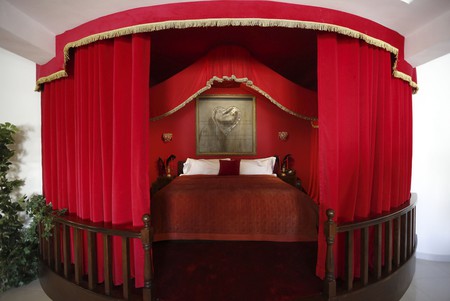 Banksy is never one to shy away from controversy or to use his art to make a statement about political and cultural injustices, and this venture seems to be more than just a stunt.

The hotel Q&A page is certainly illuminating on intention: “Is it anti-Semitic?Definitely not. The Walled Off Hotel is an entirely independent leisure facility set up and financed by Banksy. It is not aligned to any political movement or pressure group. The aim is to tell the story of the wall from every side and give visitors the opportunity to discover it for themselves. We offer an especially warm welcome to young Israelis. Absolutely no fanaticism is permitted on the premises.” 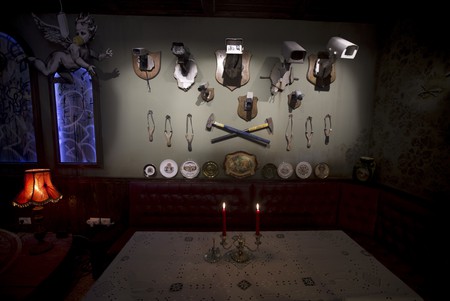 Even in the most intimate settings, you’ll discover works by the British artist | Photo by AP/REX/Shutterstock
Give us feedback