Where to Find Oman's Incredible Wildlife 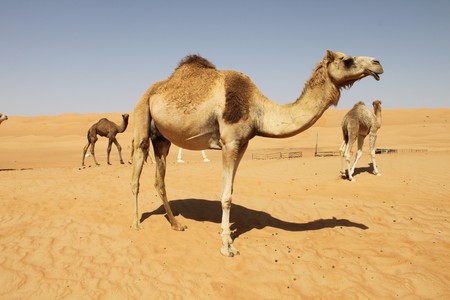 Oman is one of the most beautiful countries in the Arabian Peninsula, not only for its many natural attractions but also for its incredibly diverse wildlife. If you’re planning a trip and want to know where to see the best beasts in the country, check out our guide to the best places to see Oman‘s breathtaking wildlife.

Ras Al Jinz is one of the best-known nesting sites for endangered green turtles in Oman. The area is protected by the Omani government, as more than 20,000 female turtles visit Ras Al Jinz beach annually to lay their eggs. Visitors can take part in a guided tour to enjoy watching the journey of the green turtles as they dig holes on the beach, lay their eggs and return to the sea. Tour guides check the wellbeing of the turtles, explain the turtles’ journey and make sure that people don’t disturb or scare them. 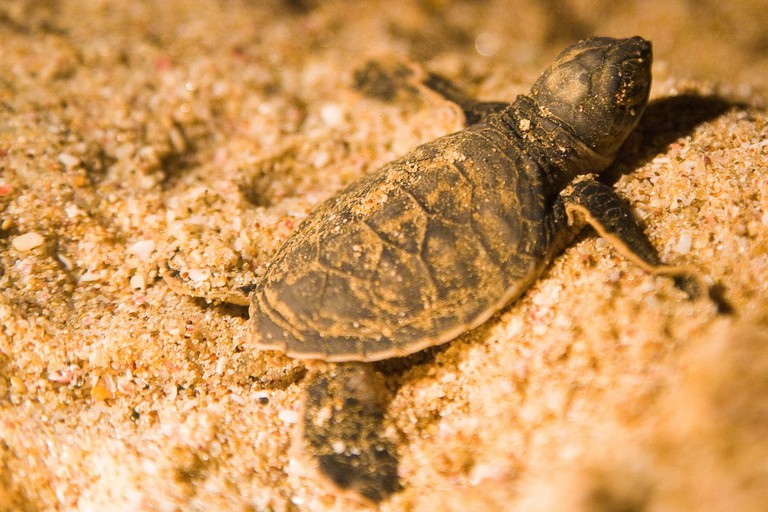 Jabal Samhan or Jebel Samhan, which means ‘Samhan Mountain’ in Arabic, is one of the major mountain ranges in the Dhofar Governorate in southern Oman. It is one of the last known homes of the Arabian leopard. The reserve is also home to a number of further animal species, including the Arabian gazelle, the fox, the Indian crested porcupine, the Cape hare, the rock hyrax, the Nubian goat, the desert hedgehog, the Arabian wolf, and several bird species, as well as plants including the frankincense tree and acacia.

Park
Facebook
Email
Twitter
Pinterest
Copy link
Share
Map View
Covering an area of 220 sq. kilometres (85 sq. miles), As Saleel Nature Park is located in the Al Sharqiyah region in eastern Oman. It is distinguished by its forests of acacia trees and is home to the Egyptian eagle, the Arabian gazelle, the Omani wildcat and the red fox among others.
Open In Google Maps
Ash Sharqiyah North Governorate, Oman
+96898018602
Give us feedback

Al Wusta Wildlife Reserve is located in the city of Haima in Al Wusta, which is the middle region of Oman. It covers an area of 2,824 sq. kilometers (1,090 sq. miles), and is home to the Arabian oryx, the Arabian gazelle, hares and ibexes.

In the red desert of east-central Oman, herds of oryx can be seen in the sanctuary that’s dedicated to protect the animal. They were vanished suddenly in the wild,but now they’re back, all thanks to the government and the reserve. ?? #arabianoryxsanctuary #oman #middleeast #asia #travel #worldbesttravel

Dhofar has eight different known lagoons that vary in size, including Khawr Ruri, Khawr Taqah, and Khawr Al Mughsail among others. A number of these lagoons are natural reserves for several species of fish, plants and birds, making a visit to the Dhofar Lagoons a rich experience to enjoy Oman’s unique marine wildlife.

Musandam is the northernmost governorate in Oman. It is separated from the rest of the country by a piece of land from the United Arab Emirates, while its coastline is distinguished by rocky edges that form unique fjords. The most famous animals that live in the waters of Musandam are dolphins, especially Humpback dolphins and Bottlenose dolphins. Visitors can enjoy watching the dolphins on a boat trip in the waters of Musandam. 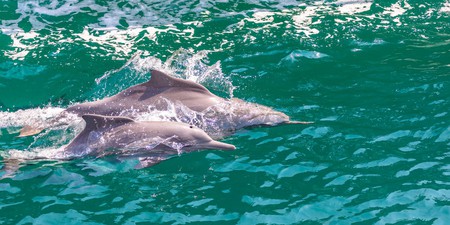 Al Dimanyat Islands Nature Reserve covers an area of 100 hectares (247 acres), which is shared between Muscat Governorate and Al Batinah South Governorate. It consists of nine different islands with beautiful white sands and crystal blue waters. The islands are home to several species of coral reefs, a number of which are rare. They are also a nest for the eggs of different sea turtles, and home to several indigenous bird species. Al Dimanyat Islands have around 22 diving sites where visitors can enjoy the amazing sea wildlife.

Snorkelled alongside this awesome guy in Daymaniyat islands this weekend. ? ?

Wadi Sireen Reserve is located in the eastern Al Hajar Mountains Range some 45km (28 miles) south of Muscat Governorate in the center of Oman. It is the home of different animals including deer and the Arabian tahr, a very rare animal that has a short body, hooked horns, a dark line that extends along the back and reddish-brown hair.