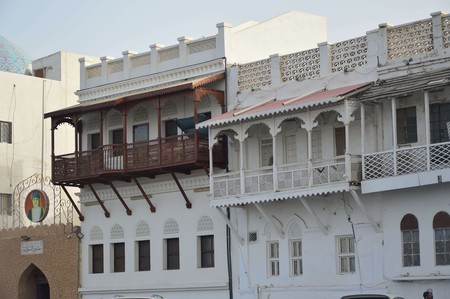 Sur Al Lawatiya, located at the heart of one of Oman’s major tourist hubs, is instantly recognisable by its palatial mansions and gate. For decades, this scenic quarter was closed to all but members and guests of the tribe who lived there, though the reasons for this seclusion were never made official. Today it is no longer officially closed off to visitors, but the isolated walled district continues to fascinate travellers looking to gain a glimpse into the lives of its residents.

Muscat’s neighbouring city Muttrah was once the heart of Oman’s trading empire, with a harbour buzzing full of ships bringing cargo from Basra, Persia, India, East Africa and beyond. Fortunes were made by the merchants of this coastal area, and chief among Muttrah’s most skilled traders were the Lawatiya. For centuries they lived in a walled quarter, Sur Al Lawatiya, which is adjacent to the souk. The Sur, as it is known, gained a reputation over the years as Oman’s ‘forbidden city’ because only members of the Lawati tribe were allowed to enter.

While its palatial homes and arabesque designs showcased the prosperity of Oman’s wealthiest merchants, the permanent closure of the Sur’s two wooden gates made it a separate world from the clamour of the souk adjacent to it. No one knows why the walled quarter was closed for so long. Some researchers suggest that, being a small Shiite community, the Lawatis preferred to seclude themselves, like their coreligionists in Najaf and Karbala. Others offer a far more practical reason: that it was to allow their women to move in their neighbourhood unveiled.

Very little concrete information is known about its origins, but experts have developed fascinating hypotheses around Sur Al Lawatiya’s origins. Some believe the walled quarter was originally the site of a Portuguese garrison, built at a time when their colonial empire included parts of Oman.

According to The Architecture of Oman by Salma Damluji, ‘The Portuguese are thought to have originally founded the settlement, since a Portuguese garrison is recorded there in the 17th century. It is possible that after the Portuguese were expelled the area was given over by the Sultan to the Hyderabadi community (known as Lawatiya or Luwatiya).’ 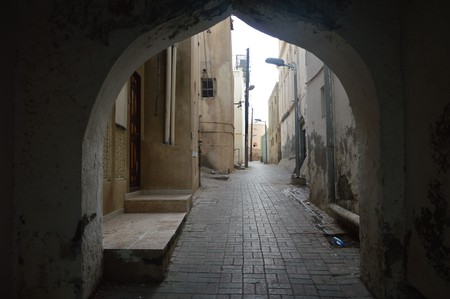 The seclusion and relative isolation of the Sur has spurred the imaginations of many travellers. Today its gates might be open, but strangers are still not welcome by residents – a sign at the gates even forbids ‘foreigners’. Why this is remains unknown, just like the origins of the walled quarter.

While researchers continue to piece together the puzzle of Sur Al Lawatiya, travellers will no doubt remain fascinated by the potential secrets lurking behind its walls. Anyone visiting Muttrah’s popular harbour and bustling souk should take the time to glance at the magnificent homes of the Sur and let their minds wander to the men and women who built them – if they manage to make it in.