Understanding Oman Through Its Architecture 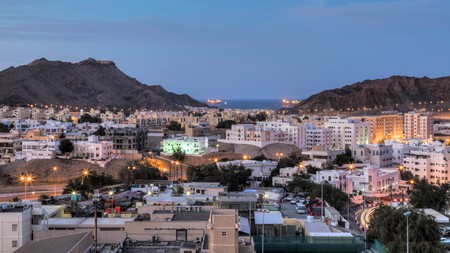 Oman’s architectural story extends back centuries – here’s our guide to give you a sense of the country’s past, present and future. 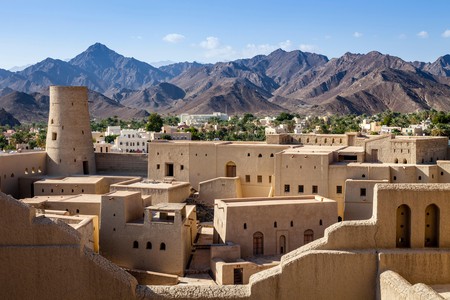 A desert oasis in the Middle East, the architecture of Oman is suited to its different terrain, ranging from mountain houses to desert tents, coastal forts and mud houses built to withstand the scorching summer heat. More than just practical, Omani architecture gives insight into this beautiful country’s culture and history.

From shopping malls to houses and even museums, Oman’s buildings feature an omnipresent motif of arched windows, white and off-white exteriors and fort-like castellations. Unlike its arguably more gaudy neighbours in the Gulf, the architecture seems to follow three basic tenets of simplicity, moderation and elegance, often with a feeling of minimalism and austerity.

To see modern Islamic architecture at its finest, visit the Sultan Qaboos Grand Mosque in the capital city of Muscat, which is hewn out of Indian sandstone and shows an elegant design backed by minimalism. This building is a real feast for the senses with archways, courtyards and mosaics with Persian designs, as well as white marble floors and ornate doors that were inspired by designs from the city of Samarkand. 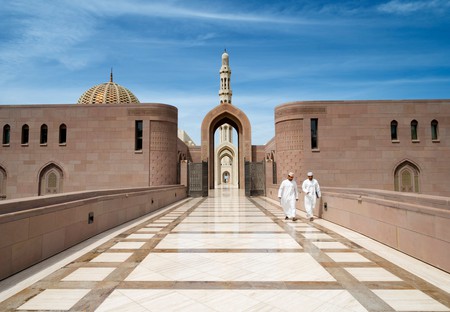 The massive prayer hall has a teak ceiling that holds a 10-tonne Swarovski crystal chandelier lit by 1,122 bulbs. Walking around, visitors can appreciate the ornamental mihrabs, semicircular niches in the wall that point toward Mecca, with their intricate mosaic tiles in geometric patterns and tribal motifs. Elegant arches and walkways have a lovely play of light and shade, and there is attention to minute details: geometric shelves for footwear, ornamental places for ablution, woodwork and stained-glass windows and Islamic calligraphy from the Quran. The mosque’s architectural style is influenced by Central Asian, Indian Mughal, Iranian and contemporary Islamic styles.

Oman was not modernized until the 1970s, therefore its traditional architecture has survived better than in other parts of the Middle East. In small villages like Al Hamra, visitors can still see adobe homes as much as 400 years old, made from mud and bricks with roofs lined by palm trees. Mud-brick homes are still common in oasis towns and have palm-frond roofs that are supported with tree trunks; on the coast, houses more often had walls made of coral or coastal limestone. 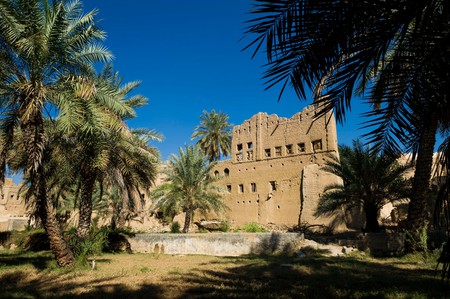 Oman’s tumultuous history is written in its numerous castles and forts, a testament to an architectural style with defense in mind. In Oman, building forts was once a passion, and today the country has more than a thousand forts that are sedate and functional rather than opulent. Since the 1980s, the Omani government has been running a program to restore the country’s fortifications using traditional techniques and methods.

One of the most architecturally stunning towns is Nizwa, with a fort that was influenced by the Portuguese forts of the 16th and 17th centuries. This circular fort with carved wooden portals and adobe walls has staircases, interior wells, false doors, secret shafts and even ingenious trapdoors to pour boiling oil or date syrup onto attackers.

The pleasing yellow colour of the fort is because of sarooj, a material made from soil formed into bricks that are then covered in earth and baked with palm logs before being crumbled into powdery cement. Inside the fort, interiors are kept simple, with just some rugs on floors and paintings on walls. 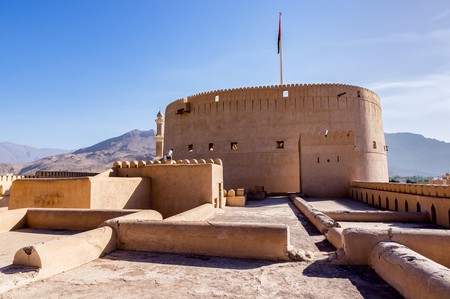 Much of Oman’s architecture is influenced by its trading links and the rise of a rich mercantile class who built lavish mansions with carved wooden doors, usually made from Indian teak carved with Arabic scripts and Islamic geometric designs by local craftsmen.

Bait Al Zubair (House of Al Zubair) in Muscat is a private museum that opened its carved doors to the public in 1998. The museum, which is housed in an old mansion, displays the Zubair family’s collection of Omani artefacts, with weapons, chunky silver jewellery, costumes and old photographs. The grounds around this mansion contain a re-creation of a typical Omani village, complete with falaj irrigation system. 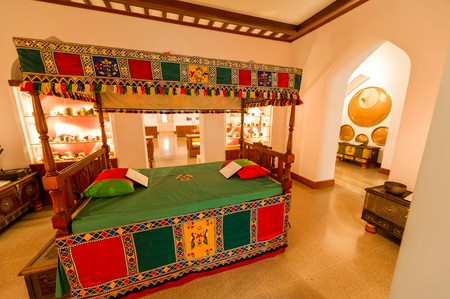 For a glimpse into the architectural vision of the country in contemporary times, visit the lavish Royal Opera House in Muscat, which has staged productions including Aida, The Nutcracker and Madame Butterfly. 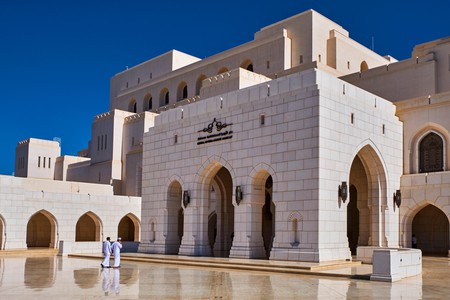