The Gravitational Wonder of the Aflaj Systems of Oman 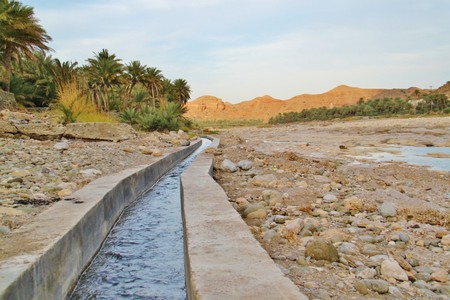 In almost every village, town and city in Oman, you’ll find a long deep path of water running through houses, streets and farms. This is known locally as the ‘falaj’ and is the sophisticated main irrigation system in the country. Here are the incredible secrets and technical wonders of this amazing feat.

What is a falaj?

A falaj is a channel that is dug in earth, through which water runs. It is an ancient irrigation system that existed in Al Dakhliya, Al Sharqiyah and Al Batinah regions in Oman since 500 AD. Aflaj is the plural of falaj, and is an Arabic word that means ‘split into parts’. It is so called because the falaj divides water between farms. It is an original Omani irrigation system that deeply connects to the country’s heritage, culture and history. 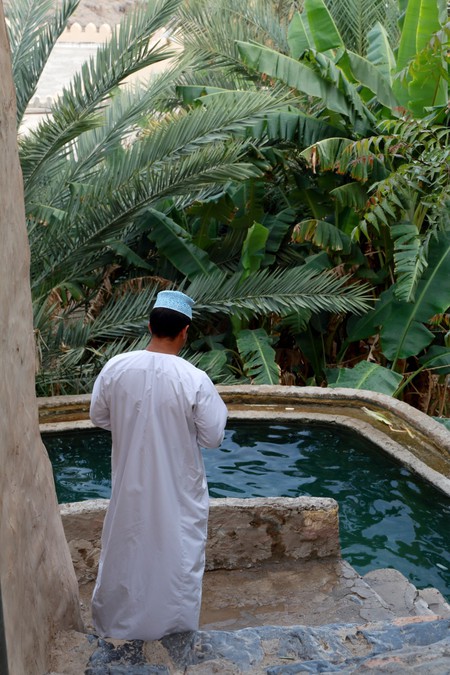 How does a falaj work?

A falaj gets its water from underground sources like wells or wadis (valleys). It doesn’t use machines to extract water, but depends on gravity to force water to flow through its channels. This also controls how water is divided fairly and equally among different farms and surrounding areas. Water is constantly streaming in the aflaj all year long, but the fullness of the falaj depends on the rainy seasons in Oman, which determines the fullness of the water sources. 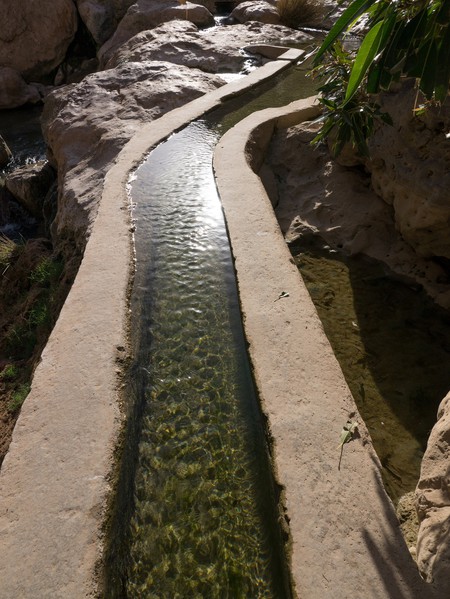 The access shafts are built every 20 meters (66 feet) along the tunnel to facilitate ventilation and to help in the removal of debris. There is a ring of burnt clay at the shaft mouth, which has two main functions; to prevent the destruction of the falaj if the tunnel collapses, and to prevent flooding water from entering the falaj. These covered rings also protect water from pollutants, and prevent people and animals from falling in the falaj. 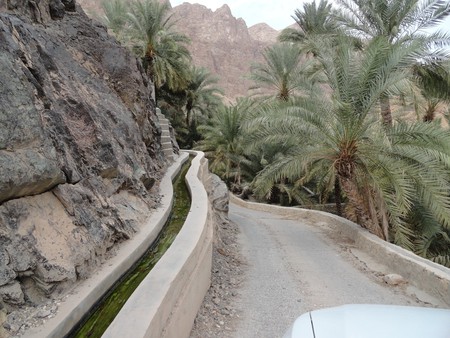 There are three main types of aflaj in Oman depending on the type of groundwater they provide. The first type is the dawoodi falaj, which is a long underground channel that can be tens of meters deep, and can run for several kilometers, which keeps the water constant around the year. The ghaili falaj is another type which is usually from 3-4 meters (10-13 feet) deep and gets its water from ponds and running water. It floods when it rains heavily and dries when it doesn’t rain for a long time.

The third type is the ainy falaj that extracts water from springs – hence its name ‘ainy‘, which comes from the Arabic word ‘ain‘, meaning ‘well’. The importance of the ainy falaj depends on the type of water it has. It can carry hot or cold water, fresh drinking water or saline water, or alkaline water mixed with valley water. 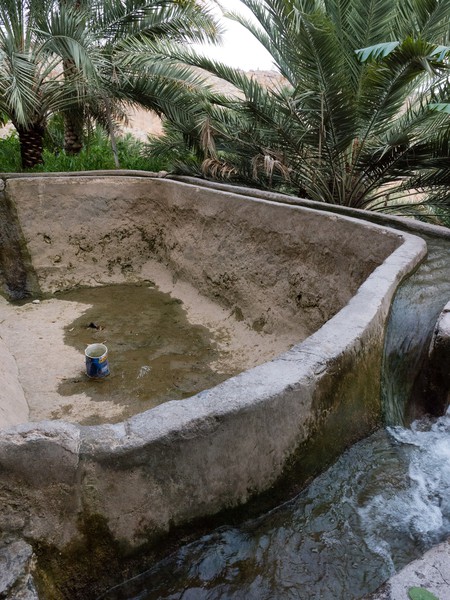 The most famous aflaj in Oman

Oman has more than 11,000 falaj, some of which are considered mind-blowing natural attractions. Falaj Al Khatmayn and Falaj Daris are the most famous Dawoodi aflaj in Al Dakhliya Governorate. Falaj Al Jaylah in Al Sharqiyah Governorate, and Falaj Ayn Al Kasfah in Al Rustaq are two of the most well-known ainy aflaj in Oman. In 2006, five Omani aflaj were added to the UNESCO list of World Heritage Sites: Falaj Al-Mayassar, Falaj Al-Jeela, Falaj Al-Malki, Falaj Daris and Falaj Al-Khatmeen (Al Khatmayn). 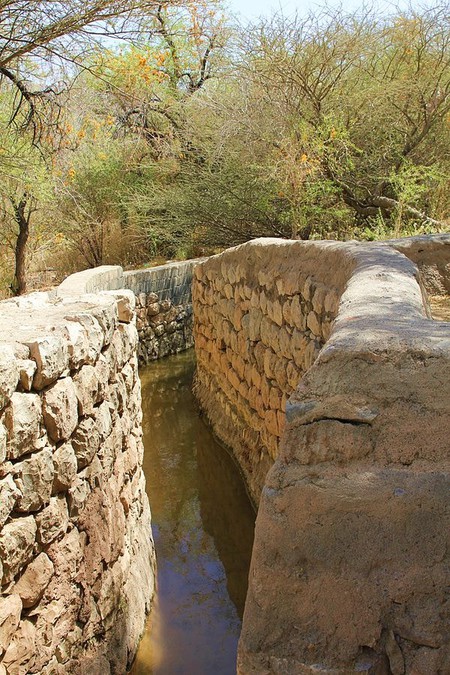