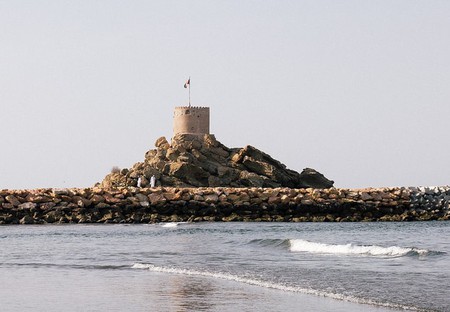 Oman’s capital, Muscat, doubles as both its commercial and cultural focal point, offering visitors the chance to begin their journey in the Sultanate. And like every great city, it is close to a wealth of destinations, allowing travellers to fully appreciate the nation’s many treasures. Capable of catering to any and all, there is a diverse range of villages, cities, towns and natural wonders not far from the capital waiting to be explored.

Secluded, teaming with wildlife and surrounded by azure waters, the Ad Dimaniyat Islands are a nature lover’s paradise. Located just 70 kilometres (43 miles) west of Muscat, this collection of islands is also a popular nesting ground for ospreys, tropical birds and two species of turtle. Ringing most of it are coral reefs, with up to 15 wildflower species on some of the islands.

Beyond the wealth of natural wonders above are its equally impressive dive sites beneath the waves. A total of 22 different dive sites have been identified. There is no better place to go snorkelling in the north of Oman. Like any hotbed of natural activity, there are plenty of surprises awaiting travellers, including the opportunity to see the marine snakes, dolphins and humpback whales that have been reported from time to time. Play out your Robinson Crusoe fantasies on this secluded part of Oman, or share the joy with family and friends.

Just 62 kilometres (38 miles) from Muscat, Barka is a sleepy city along the Batinah Coast with enough attractions to keep visitors busy for the weekend. At the top of the to-do list is the iconic Barka Fort, with its exhibits offering an immersive history lesson. Views of the coast as well as the surrounding date palms are visible from its four towers. Right next to the fort is the souk, where locals barter over the catch of the day hauled in by fishermen right off the coast. Nothing captures the spirit of Oman’s small towns like the souk, and very few are as vibrant and fun as the ones you will find in Barka.

Its sandy coast stretches for miles in either direction, with tiny fishermen’s huts dotting them as their owners head out to sea to make their living. Take a peek at the lives of these brave men before heading to Bait Al Nu’aman, a palatial royal guesthouse believed to have been built in the 17th century. Once used by the Ya’rubi Imams when travelling between the former capital of Ar Rustaq, Muscat and the norther Batinah coast, in the time of Imam Saif bin Sultan, hundreds of trees were planted in the area around it, adding to the aesthetic delight of the royal residence. A century later, at the dawn of the Al Busaid Dynasty that continues to rule Oman today, Imam Ahmed bin Said (1749–1783) added to Bait Al Nu’man’s fortifications, giving it the shape it has today.

Past Muscat’s mountainous roads of Wadi Adai, the town of Quriyat is a little-known gem where travellers can escape the pace of the city for the natural and historic comforts of this coastal community. Quriyat is the place to visit if you are looking to try Omani mangoes, take a ride into the Arabian Sea or spot some of the Sultanate’s most scenic defensive structures. Many of the Sultanate’s most beautiful nature spots are not far from here either, with Hawiyat Najma and Wadi Shaab fairly close at hand. Those looking to check out a marvel built by humans, on the other hand, can head up to the nearby Wadi Dhayqah Dam, the biggest dam in Oman. 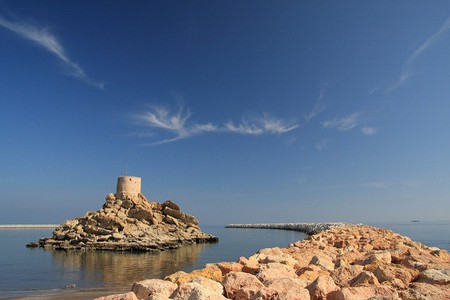 To Omanis across the Sultanate, Ibra is synonymous with thakafah (culture) and karamah (hospitality), two concepts at the heart of the nation’s traditional values. The reason is simple: here, in this small part of Oman, tribesmen and women hold on to the traditions that have been passed down to them, giving the town a special place in the hearts of poets, Bedouin people and tourists alike. Thanks to its relative proximity to the deserts of the Sharqiyah region, mountainous villages and a new national expressway, Ibra is a perfect hub for exploring one of Oman’s most culturally rich and diverse areas. Two hours west, one can explore the weekly Bedouin souk Ni Sinaw, with plenty of forts and castles waiting along the way. Meanwhile, south of Ibra, less than an hour away, the highly popular, martian deserts of Bidiyah await. With the rugged terrain of Hayma and its needle-like mountains perfect for hiking and the coast of Sur just a two-hour drive away, Ibra is close to it all.

Yet the town itself is more than worth exploring, with plenty of ruins, forts and ancient villages ready to keep you busy for days. Cultural events such as horse races and poetry recitals are common, offering the public a great opportunity to experience Ibra’s traditions firsthand. Just as enlightening is the welcoming attitude of its locals, who are known to invite guests, even tourists they’ve only just met, in for tea and coffee. Whether it comes from farmers or souk merchants, the hospitality of the people of Ibra is always a delight to experience and a firm reminder of the importance Omanis place on being a good host to any and all visitors. 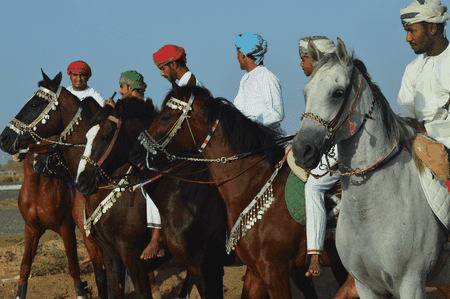 The city of Sohar is one of the most ancient in Oman, and maintains pride of place among all its coastal destinations thanks to its rich heritage, bustling port and claimed connection to Sinbad the Sailor. Long before Muscat was the capital, Sohar was renowned as one of the greatest ports of the medieval Islamic world, as goods from Basra and China flowed through the hands of its merchants, giving it a reputation that transcended the borders of the Arabian Peninsula. That would attract a slew of unwelcome attention, as conquerors inevitably targeted the city for its riches and its dominant role in regional trade. The Seljuks, Persians, Hormuzids and Portuguese all left their mark one way or another, making Sohar a wonderful place to take in the Sultanate’s cultural and historic diversity.

With dozens of hotels, Sohar is a great place to spend two or three days away from the capital. The route, which is 209 kilometres (130 miles) north of Muscat, is dotted with interesting cities such as Saham, Khaburah and Mussanah. Being a similar distance from Dubai and an hour from the border with Al Ain, Sohar is also a perfect stopping point for trips to the UAE. Those passing through may want to take more than glance at this beautiful city, with its beautiful Sultan Qaboos mosque, Sohar Fort and souk among its many must-see sites.